“I always try to talk to women and people of color to let them know there is a place for them at Wharton. I also try to talk to people who are from nontraditional backgrounds or from the public sector. I want them to know that they can be successful here.”

In January 2015, there was a special Diversity Night in Los Angeles where a panel of students and alumni will speak candidly about their experiences at Wharton.

We asked alumna Marla Bleavins, WG’12, to talk about her time at Wharton. Here’s what she said:

I’m an African-American woman, was born and raised in Los Angeles, which is a very diverse city. I attended diverse schools from elementary school through college. As a professional, I’ve spent my career in the public sector.

Prior to coming to Wharton, I was the Debt and Treasury Manager for the Los Angeles Airport. The airport is a government-run business, and while I had worked for the government for 10 years, I needed to learn more on the business side. I looked at other programs, but felt that Wharton offered what I was looking for in terms of curriculum, rigor, and format.

When I came to the San Francisco campus to interview, I got a sense of what the student body would look like. Also, a few weeks before school started, my class formed a Facebook group so I could see who was in my class. Based on that, I wasn’t expecting a lot of women, although that is a general issue for any program aimed at mid-career professionals.

And I wasn’t expecting much diversity with underrepresented groups. On the other hand, I was expecting a lot of engineers and IT people given Wharton’s location in the Bay Area. As for geography, I assumed most of the students would be from California.

My class was pretty much what I expected. I was the only black woman in my class, and there were two African-American men. What I did find surprising was the geographic diversity. There were many more students from outside California than I expected. There also were two or three of us in the public sector, and a few in the not-for-profit sector. I think my classmates appreciated my perspective.

In my Managing People at Work class, we used the LA Airport to study employee morale and motivation issues. Everyone else in my group worked in the private sector, but they said they learned a lot from studying a government agency, and could recognize many of the same issues in their own organizations.

On the one hand, Wharton’s EMBA program is diverse because you have people from different countries and different industries. On the other hand, it’s lacking in terms of gender, black people, and Latinos. I think we can do better.

Getting the Word Out

A big reason for the lower numbers of underrepresented minorities in business schools in general is a lack of awareness. Programs need to do more to let people know these programs exist. I stumbled upon Wharton’s San Francisco EMBA program when a friend was looking into business schools and shared his brochures. As for the lower numbers of women, the obvious reason is that it’s hard to convince a woman in her mid-30s to work, go to school, and raise kids – or think about having kids.

Coming from the public sector, not too many people have MBAs much less a Wharton MBA. So I was a little worried that my career field wouldn’t value the sacrifice I made for this degree. But it hasn’t been a problem at all.

Just two weeks after graduation I was offered a position, and my degree from Wharton was a big factor in getting the offer. Once my name was out there and associated with a Wharton MBA, it gave me credibility and opened doors. It helped me get my current position.

I’m looking forward to Diversity Night to share my story with other people who might be in a similar position as me before I came to Wharton. When I go to recruiting events, I always try to talk to women and people of color to let them know there is a place for them at Wharton. I also try to talk to people who are from nontraditional backgrounds or from the public sector. I want them to know that they can be successful here. 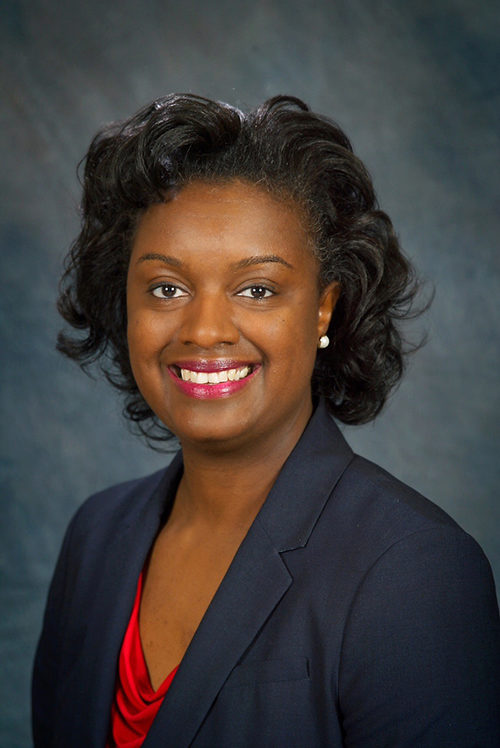