“I think even with digital convenience, nothing can take the place of face-to-face interaction with your professor and peers, being able to debate the issues, and ask questions in real time.”

In a sunny lunchroom overlooking the San Francisco Bay, Rachel Wolff, WG’18, toasted with her classmates after turning in their final exam. She officially completed her first semester of graduate school in August. Rachel, a child protection adviser for nonprofit World Vision International, is enrolled in Wharton’s MBA Program for Executives in San Francisco.

She travels from her home in Seattle every other week to make it to the full-day Friday and Saturday classes in the historic Hills Bros. Coffee building, where Google and Mozilla Corp. also share space. Rachel books direct flights from Seattle on Friday mornings, and the earliest flight she can from San Francisco on Saturday evening “so I can at least see my kids before they go to bed,” she said.

The Right Time and Place

A few years ago, she started feeling the pressure from family and friends to complete her master’s. “People who cared about me, my mentors, would say to me, ‘Come on, Rachel, you want your master’s, you’re in your 30s now, you should do this.’”

But it just wasn’t the right time. She was being promoted rapidly in her job at World Vision, and in 2012 was afforded an opportunity to work in World Vision’s Somalia program. “I knew it was a once-in-a-lifetime opportunity,” Rachel said. Her husband and kids moved with her to Kenya. Upon their return at the end of last year, she knew it was finally the right time to pursue her MBA.

As a nonprofit executive, Rachel knew she’d be funding her own education, and wanted to get the most bang for her buck. A firm believer in the value of a brand name, she was drawn to Wharton’s EMBA program because it has, in her opinion, “the best faculty, the most rigorous curriculum, and the most stimulating classmates.”

The in-person experience has been very important, as well. “I think even with digital convenience, nothing can take the place of face-to-face interaction with your professor and peers, being able to debate the issues, and ask questions in real time,” Rachel said. “It also helps me to engage better. I’m getting more out of it; making friends, we’re getting to know each other, building that trust, leaning on each other. To me, it feels like I’m getting the benefits of a normal, full-time program.”

Forge Your Own Path

After receiving her bachelor’s degree in international relations and Asian studies from Georgetown University, Rachel worked as an editor for a business magazine and later as a reporter for a Japanese newspaper in Washington, D.C. She was married to her husband a month out of college, and had her children in her 20s. Taking a break from traditional work to be with her young kids, she continued freelancing, leaning more toward marketing writing, which eventually led her move to World Vision.

Rachel is a big believer in following her heart. When she felt the urge to have children early in her career, she didn’t listen to the negative perspective. “I followed what felt right to me at the time and it ended up being wonderful,” she said. “Because, sure enough, when I got to World Vision a few years later and had the opportunity to be promoted and take on some very demanding roles, my children were at a stage where they were old enough for me to feel OK about traveling on assignments for a few weeks at a time.”

“I have learned that as professionals, and particularly as women, it’s very important to listen to our own hearts and not necessarily be boxed in by conventional wisdom,” Rachel said. Now with teenagers, she and her husband — her college sweetheart — have adopted a newborn.

As a woman with big ambitions, Rachel has learned over the years to ask for help whenever necessary — at work, at home, and in her Wharton studies. “Ask family members for a hand, hire a babysitter, or outsource home projects, for instance,” she said. “I don’t try to be a superstar and do it all myself.”

Making a Difference in the Global Community

Rachel credits her international experience growing up as shaping “a lot of who I am both as a professional and in my personal life.” When she was young, her parents moved their immediate family to Japan, where she spent the majority of her childhood. “I grew up speaking, thinking, and dreaming in Japanese,” Rachel said.

“I think it’s made me a more flexible person, and of course very eager to work and travel and be part of the whole world, not just in my local community,” she said.

Rachel’s big dream after earning her MBA is to go back overseas and serve in one of World Vision’s country offices in a national director role, managing portfolios of $100 million or so, with many different types of donors, while overseeing staff and working with local governments.

“I like the idea of having a variety of challenges and being able to inspire and lead the team to make a difference in that country,” she said.

This piece is adapted from a profile by Lauren Hertzler that originally appeared in Penn Current. 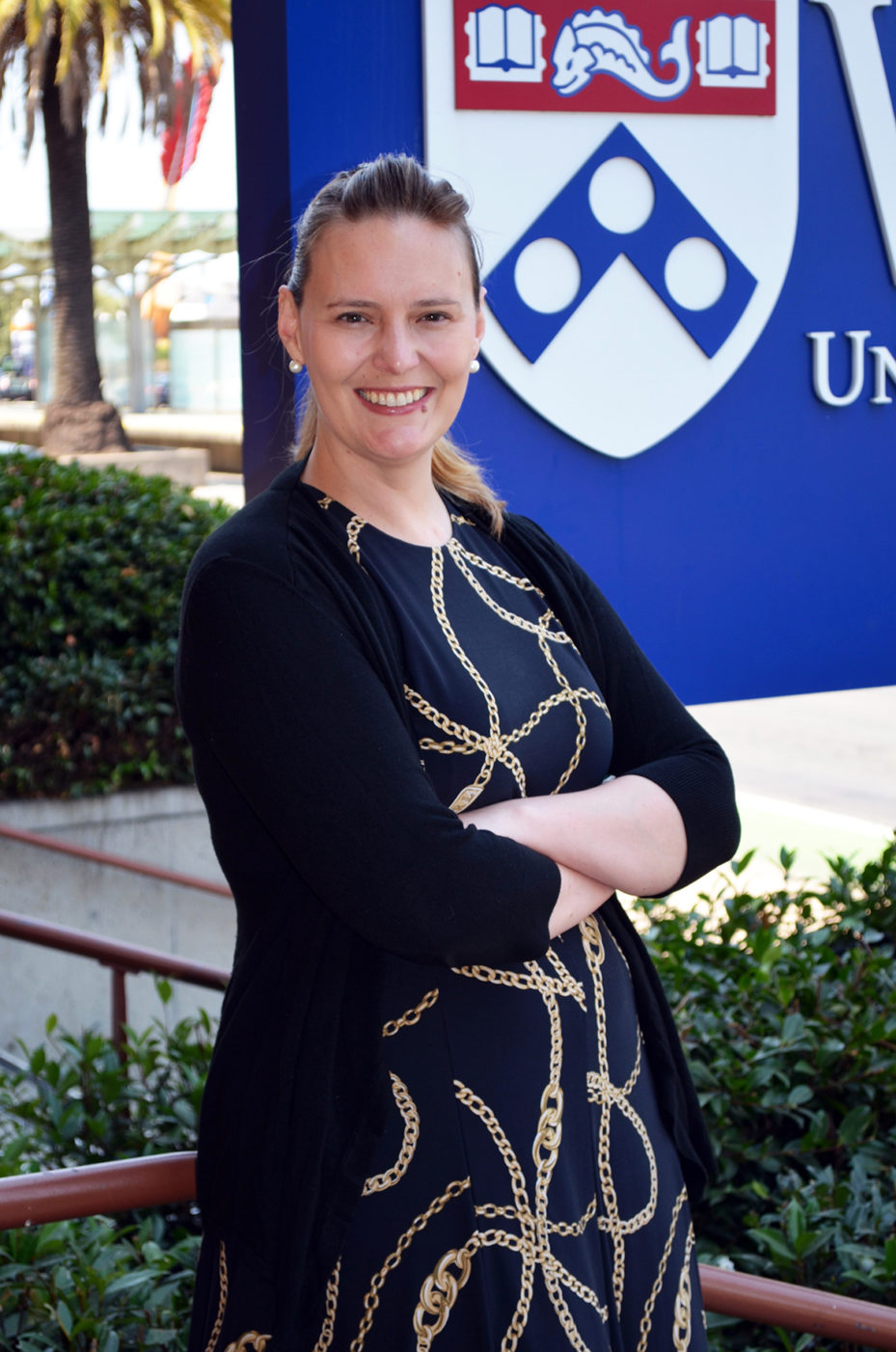