A Passion for Startups Led This EMBA Grad to Venture Capital

Gleb Chuvpilo, WG’17, realized that he needed more than entrepreneurial passion and engineering background to start an emerging fund — he needed business knowledge. So he came to Wharton and the MBA Program for Executives.

Gleb Chuvpilo, WG’17, now a general partner at Thundermark Capital in New York City, began his career in quantitative trading at Goldman Sachs before working at Clarium Capital, Peter Thiel’s hedge fund. He already had a background in artificial intelligence and robotics, and while helping Thiel with his other venture, Palantir Technologies, Gleb “fell in love with Silicon Valley’s thriving technology industry.”

For the last six years, Gleb has built several startups, including one that was accepted to Y Combinator. More recently, he helped build Ride, a TPG Growth portfolio company that enables coworkers to find each other to carpool with an app.

Throughout all these roles, he noticed a recurring theme: a knowledge gap in business development. “I wanted to get an MBA to fill that gap and learn what it takes to run a business. When I spoke with the CEO of our company and a partner at TPG, both Wharton alums, they enthusiastically recommended the Wharton EMBA program. They said there was only one program with the right mix of academic rigor, exposure to high-quality professors, and large network — Wharton,” he recalled. “TPG financially sponsored me, as my Wharton education added value to the startup we were building.”

At the end of his first year at Wharton, Enterprise Holdings acquired Ride from TPG. In addition to shifting financial responsibility to Gleb to finish the program, it also meant thinking about his next career move.

Gleb said that he looked to see where he could add value in the entrepreneurship ecosystem. “I’ve been involved with several successful exits and given advice to VCs who are friends. I decided to make that more formal, giving capital as well as advice,” he said, noting that he founded Thundermark Capital, a venture capital firm which invests in early-stage technology startups in artificial intelligence, robotics and computational life sciences.

His work as a VC focuses on finding innovative startups to invest in, requiring frequent trips to California, Boston, New York and Washington, D.C. as well as Berlin, Tel Aviv, Beijing, and Tokyo.

Gleb added, “I have the engineering and operational expertise, but the Wharton EMBA program validated my skill set in the eyes of investors. It would have been much harder for me to start as an emerging fund manager without Wharton on my resume.”

How Diversity of Students Adds Value

Now an MBA graduate, Gleb said two things stand out about Wharton: the diversity of students and the residency requirement.

“Wharton attracts the best and brightest and that means people from all over the world. Students have flown to this program on both coasts from locations as far as Hong Kong, Shanghai, and Moscow. We all come from around the globe because we want this learning experience.” Gleb noted that he is Ukrainian and Russian, growing up in both countries before coming to the U.S. in 2000 to get his master’s degree in electrical engineering and computer science at MIT.

Wharton’s residency requirement, he notes, creates a special bond among students. “At first it may seem like a hassle, especially for students who live near campus, but you soon realize that this is one of the best parts about the program. When we are not in class, we spend time together and share our diverse backgrounds and perspectives.”

He added, “During dinner, I may talk to a student who started a real estate investment firm and is widely considered a rising star, a successful hedge fund trader, a venture capitalist who manages several hundred million euros, a strategist who works at the White House Situation room, a dentist who started a major franchise business, a distinguished back surgeon who appears on covers of medical magazines, or an active duty U.S. Marine Corps fighter pilot. We have deep conversations about the future and how we can make it a little better. It’s such an intellectual environment, a mini Council on Foreign Relations of sorts.” 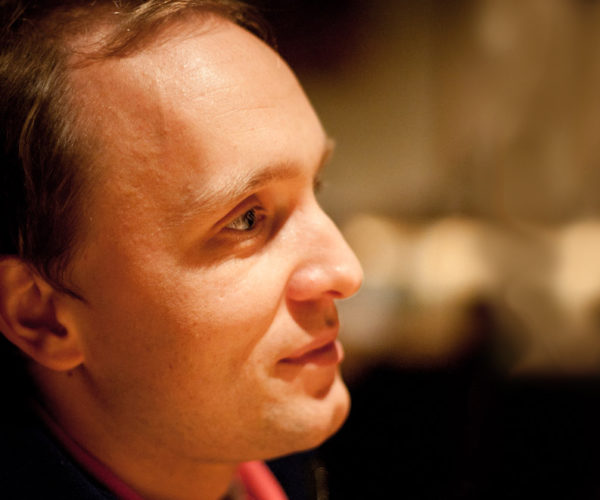