Why This EMBA Spouse Decided to Become an EMBA Student

After seeing how his wife transformed through Wharton’s MBA Program for Executives, Rajiv Srinivasan, WG’20, decided he wanted to experience it firsthand.

When Rajiv Srinivasan, WG’20, arrived at orientation for Wharton’s MBA Program for Executives, he already knew exactly what he was getting himself into — his wife, Chelsea Jacobs, WG’18, had just graduated from the program earlier that month.

“Chelsea and I didn’t start with a plan for both of us to get Wharton MBAs. In fact, when she started, I didn’t even plan to get an MBA at all,” he said. Part of his hesitation was that he had previously started a part-time MBA program at another school.

“I made it six weeks before I realized it was a big waste of time. Not only were the instructors the school’s B-team, but the students were there just to check the MBA box. That wasn’t what I was looking for and it definitely wasn’t worth my time and money.”

Describing himself as “skeptical at best” when Chelsea started the program, Rajiv soon changed his mind. Just months into Chelsea’s first year, several key aspects of Wharton’s EMBA program had convinced Rajiv of its value.

The quality and diversity of the network

“Chelsea developed a very close group of talented and inspiring friends in her class,” Rajiv said. “These were people from diverse backgrounds who were interested in bettering themselves — they weren’t here to check any boxes.”

A few months after Chelsea started, Rajiv saw that he could benefit from the Wharton network too. He started building friendships with her classmates and their spouses. “Several of them served in the military and I’m a veteran, so we had that in common. Others were avid skiers like me, so we went skiing together,” he said. “I became part of her Wharton family.”

The opportunity to reflect on long-term goals

Rajiv also admired how the program inspires self-reflection on what students want out of their careers and long-term goals.

“Chelsea realized that her ultimate goal is to help people become more economically mobile around the world. She wanted to help small business access the services they need for success,” Rajiv said. “A Wharton alum introduced her to someone at Intuit, and that meeting eventually led to a job offer for a strategic development role that gives her the ability to make the impact she wants.”

“A career promotion is great, but to find a position that aligns with your values and the way you want to impact the world is even better. Chelsea achieved that job in no small part due to Wharton’s EMBA program.”

“You get the ‘A Team’ of Wharton faculty at both the Philadelphia and San Francisco campuses. You get exposure to brilliant faculty who are renowned in their areas,” said Rajiv. “You also get beautiful campuses with a very close-knit community of faculty, staff, and students.”

Doubling Down on Wharton

Rajiv saw how his wife transformed personally and professionally through the program — and he decided he wanted to get an MBA too. At first, he thought about going to a different school to diversify their network, but they decided “doubling down” on the Wharton network made more sense. “Both of us going through this program has an exponential effect,” Rajiv said.

Of course, doubling the tuition payments was a concern, but Rajiv thinks of Wharton as a long-term investment. “If you look at the long game, you will find that the price tag looks much smaller and the time commitment more manageable,” he said.

“If you can get through this program, then no job on this planet will intimidate you. If you have a sincere desire to expand your horizons and grow, this is the best investment you can make.” 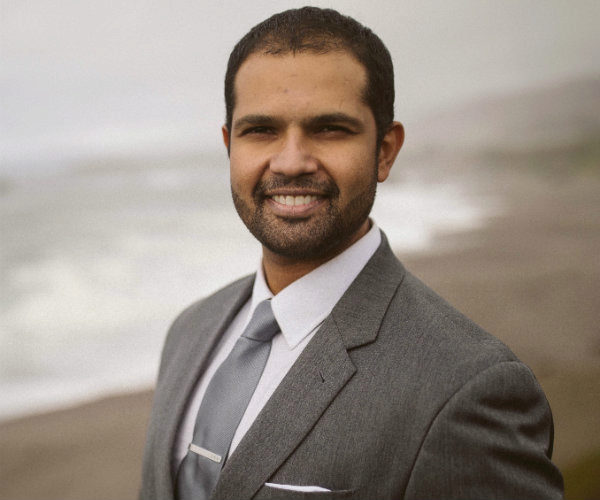