When James Tang, WG’20, was thinking about going back to school, he planned to attend a full-time MBA program. Starting his career at Deloitte’s valuation group in New York City, he then moved into investment banking and eventually joined an investment fund in Las Vegas. Through that fund he connected with his current fintech company, Medport, where he is chief financial officer.

“When I joined, the company had 16 employees. I was the first finance hire, and I wore a lot of hats as we grew the business. When I was faced with a challenge I didn’t know how to solve, I used my prior knowledge and experience and talked to others to figure things out. When that worked, it was very rewarding, but I always questioned if I could have done better and if there was a method to the madness,” he said, explaining why he wanted an MBA.

As the company grew, James decided the time was right to go back to school. “We now have 60 employees and more than triple the revenue. I know I want to be a finance leader, and I want the credential of an MBA as well as the formalized business training to fill in knowledge gaps.”

James looked at full-time MBA programs, but realized he didn’t want to leave his job for two years. “I needed to pay tuition whether it was a full-time or executive format, so being able to earn my salary while I was in school was a better option,” he said. 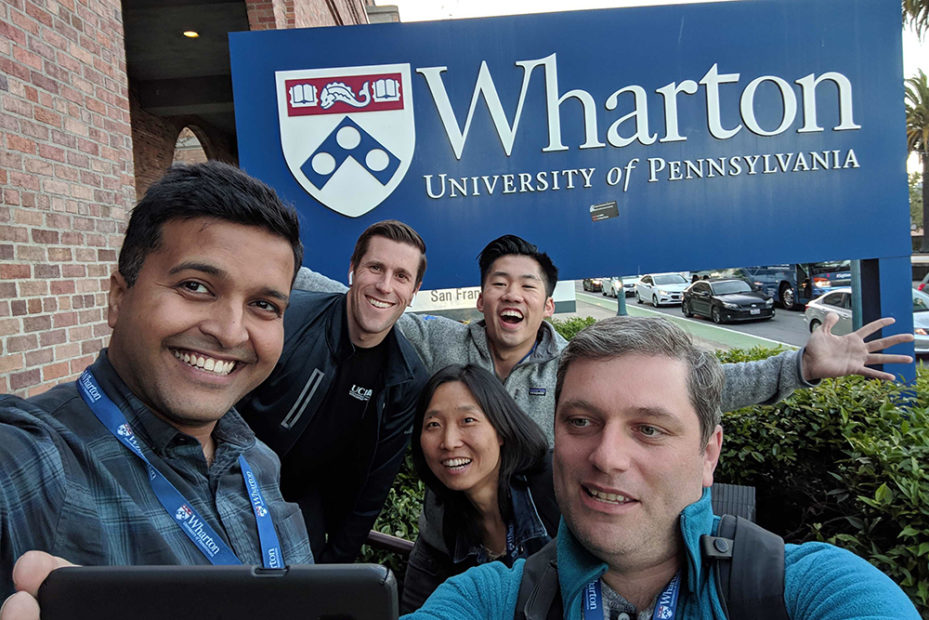 After deciding to pursue an EMBA, he researched programs and zeroed in on Wharton for several reasons.

Currently a first-year EMBA student, James notes that the program is already making a significant impact on his career. He points to the way he conducts performance reviews as an example. “In my Human and Social Capital class, I learned about how to structure jobs to retain and motivate employees. I also learned how to conduct performance reviews to focus on the employee’s career progression not only at our company but also beyond. This was an epiphany for me because I previously didn’t have a structure in place for managing people,” he said.

In his next performance review, he noticed a big difference. James explained, “I put together next steps for roles and responsibilities and the types of education I thought the employee should consider pursuing. It was the best performance review I ever conducted, and the employee told me that she wished she had received that type of feedback 10 years ago because she was so motivated to better herself.”

James pointed to Competitive Strategy as another example of a course that added value to his job. “Our company recently went through a phase to make growth and competitive strategy more solidified, so I was able to contribute to that conversation in a much more meaningful way because of the class,” he said.

The hands-on learning aspect of the program is making a big impact too. James explained, “Everything I learn in class can be immediately applied to my job. I’ve changed significant accounting policies and how we build our models based on lectures and conversations with professors. I didn’t think I would learn as much in finance because of my background, but there are many new aspects and nuances that I’ve applied to my job. I’ve also changed how I build our marketing collateral and how I think about pricing. Every class adds value.”

While he expected to learn about business and technical skills, James was pleasantly surprised with the focus on “soft skills.” He said, “My Human and Social Capital class reinforced how to encourage others to share their perspectives and strengths. It’s important to let members of a team shine. And in Management Communication, I learned the importance of telling a simple story in presentations. You need to condense information and think about how your presentation impacts the audience. Will it create more work for them? Will it help them do their job? I’m currently redoing many of my presentations.”

Connections for the Future

With the time he’s spending in San Francisco, James is taking full advantage of the networking opportunities at Wharton. He said, “One of my favorite parts of the program is shooting the breeze with classmates during the small pockets of free time, like lunch or between classes. All my classmates have such rich and diverse backgrounds and I really enjoy hearing their stories. San Francisco is a technology hub and it’s really great to be immersed in this community and be building connections.”

As for the Wharton network, James calls it an “amazing community.” He said, “I’ve reached out to many Wharton alumni and had great conversations. A whole new world has opened up because I’m at Wharton.” 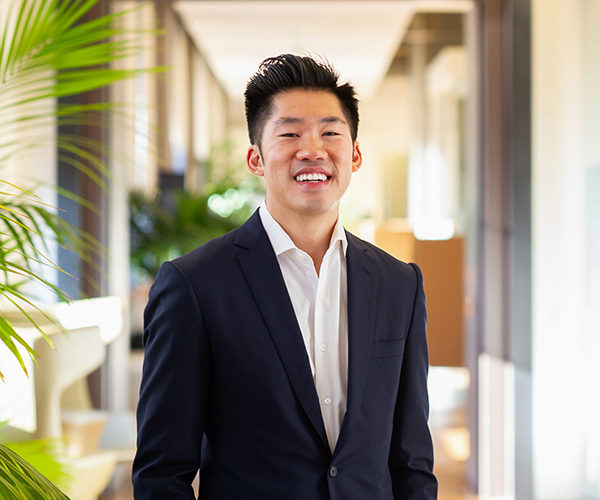 Based In
Las Vegas, NV