“There is a pipeline problem in business academia: more women tend to drop out of the program, or choose a non-academic career. At some point we realized, we wanted to make sure that other generations had access to this kind of a group, because it was so instrumental to our success.”

Jessica Jeffers’s mother was a finance professor, so she always knew that academia was an option. As an undergraduate, she became involved in research, but she wasn’t ready to do it full-time.

“I still wanted to experience the ‘real world’ – and pay off my student debt,” Jessica explained. “So I did that for a couple of years, but my favorite part of the job was still the research component. I think that’s when it clicked for me.”

She had a hard time deciding where she wanted to go for her PhD. “Initially, Wharton felt outside of my comfort zone, because it’s well-known for asset pricing which I wasn’t experienced in. But ultimately, that’s why I picked it – I wanted to have a really solid foundation all around,” she said.

The access to Wharton Research Data Sciences (WRDS) was also a big draw for Jessica. “I wanted to do empirical research, and Wharton has this incredible data trove,” she said. She didn’t waste any time digging into the vast range of resources at Wharton and Penn.

Besides WRDS, Jessica has also sought out the librarians at Penn – she thinks they are a vastly under-utilized resource. “I’ve used the writing and communication coaches, who are great. And I’d be remiss not to mention the Mack center, which we’ve worked with to start an innovation research group for Wharton doctoral students,” said Jessica, referring to the Mack Innovation Doctoral Association seminars (MIDAS). “Penn makes all of these resources available to us,  it’s pretty amazing.”

Creating a Pipeline for Women in Academia

Jessica said she was lucky to have the opportunity to work with group of women across the different programs. “We encouraged each other, shared advice, had fun together – and at some point we realized, we wanted to make sure that other generations had access to this kind of a group, because it was so instrumental to our success,” she said. “There is a pipeline problem in business academia: more women tend to drop out of the program, or choose a non-academic career.”

She and her colleagues started the Wharton Society for the Advancement of Women in Business Academia (WSAWBA) to ensure everyone had the support to thrive in business academia. “We believe that everyone stands to gain from that,” she said.

After they started getting WSAWBA off the ground by organizing a job market panel and hosting family-friendly social events, they received feedback from both women and men in the program saying how helpful it was. “Of course, there are many minorities who are still under-represented in academia, but we hope this provides a start,” Jessica said.

Venturing Out on Your Own

Jessica’s research focuses on the “intangible assets” of a firm – for example the human capital, the corporate culture, the information structure. “We’re moving toward an economy that is more dependent on these intangible assets, but I think there is still a lot that we don’t know about how to value these assets, and how they enter firms’ investment and financing decisions.”

Getting a PhD at Wharton has made Jessica more self-reliant. “You get advice from faculty, and you may have co-authors, but at the end of the day you are responsible for pushing your ideas forward,” she said. It’s also taken her in new directions.

When she came in, she was interested in banking and behavioral finance. While she still has an interest in these areas, she’s much more focused on human capital and finance now. “You never know where your questions will take you,” she said. 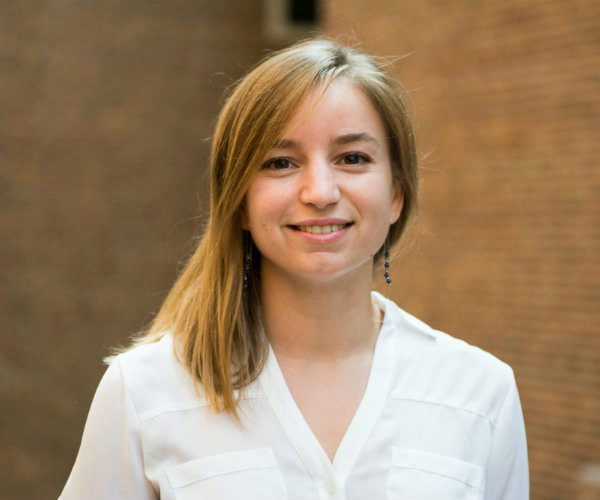