Transferring to Penn in his sophomore year, Will Welland, W’19, quickly found a community in the Penn Wharton Public Policy Initiative Student Group. Now entering his final year, he’s excited to lead the group as president.

“I can remember writing letters to my Congress member, city council people, etc. from the time I could read and write,” he said. More recently, that interest in political affairs has grown to include public policy and analysis.

Will explains that public policy engages him as a practical and timely subject of study, based in the logical and strategic methods of thinking he enjoys.

“I heavily considered concentrating in environmental engineering [but] as I dove deeper into the field I found that I was more interested with the business and policy aspects than the engineering.” However, in some respects, he finds public policy and engineering connected.

“What I love so much about policy is that it’s an elegant, but unique application of logical problem-solving. You determine your goals, examine why you have not yet met them, think about how it would be possible to meet them at a date in the future, and lay the infrastructure to ensure that that occurs.”

Will spent a year at Brown before deciding to transfer to Penn because he was excited by the practical business education Wharton offers. Since he’s started at Penn, Will has quickly become ingrained in the local community. He serves as treasurer of his fraternity, along with his work for PPISG.

With his interest in the social scientific aspects of public policy, he felt it was only natural that he found an intellectual home at PPISG. “It was PPISG’s focus on policy analysis rather than advocacy that truly drew me in,” he said.

And unsurprisingly, Will was initially drawn to PPISG’s Environmental Policy group, since there he could explore his interest in public policy while leveraging his background in engineering.

Now that Will is president of PPISG, he has big plans for the organization.

“I really hope to bring the Executive Board’s vision for the club to life – to build a greater sense of community and to add more initiatives that people have been asking us for, like a forum for student public policy discussions. I also want to further establish PPISG as a center for student activity surrounding non-partisan policy analysis.”

Leading the club, which includes more than 100 members, is a challenge Will relishes, and one he couldn’t pass up. He sees the club as his family on campus and is excited to spend his next years on campus ensconced in the community he is helping to build.

While Will’s summer experiences are in business — he spent last summer at Bank of America interning in global wealth and investment management, and the prior one at Zenolive as a market analysis intern — he wants to work in public policy after he graduates.

This may seem counterintuitive to some, but Will has no doubt that those experiences will prove valuable in the public policy realm.

“Even though the work I have done for the past few summers has not been directly related to public policy … I apply policy analysis to the tasks I performed at my job,” he explained. “Public policy research and analysis is such an invaluable skill and I’m so glad that I have been able to increase my experience with and understanding of it at Penn.”

In addition to his work experience, academic background in business, and extracurricular focus on policy, Will is working towards a minor in data science. So where will Will’s passion for public policy research take him? He plans to start his career at a think tank, diving more deeply into the kinds of policy problems and issues he has been examining at Penn.

This story was adapted from a profile that originally appeared on the Penn Wharton Public Policy Initiative website. 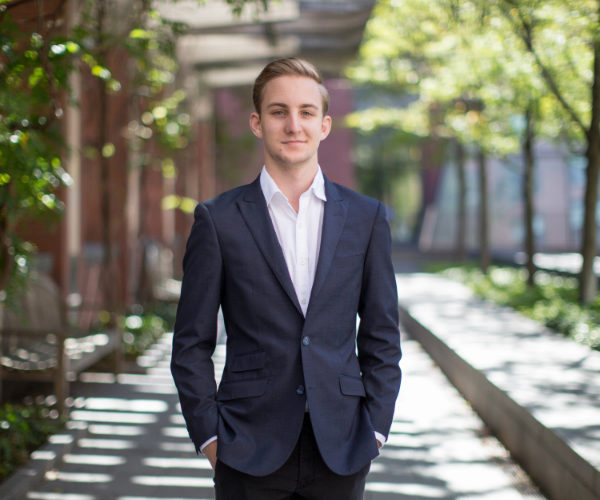