Wharton Stories » Race and Work 2020: How Executives Can Harness the Power of Belonging to Create Inclusive Organizations

Race and Work 2020: How Executives Can Harness the Power of Belonging to Create Inclusive Organizations

Prof. Stefanie Johnson joined Wharton’s Stew Friedman to discuss her research on leadership approaches to building diverse organizations, why they fall short, and how to “inclusify” instead.

More organizations are waking up to the importance of implementing diversity efforts, but despite good intentions to create inclusive workplaces, executives often miss the mark. Stefanie Johnson, associate professor at University of Colorado Boulder’s Leeds School of Business, studies the intersection of leadership and diversity, and strategies that leaders can use to mitigate bias. Johnson joined Wharton’s Stew Friedman on his show, Work and Life, on Wharton on Business Radio 132 to discuss her new book, Influsify: The Power of Uniqueness and Belonging to Build Innovative Teams, which highlights the archetypal approaches leaders take to build diverse organizations, why they fall short, and how to better enact change and “inclusify.”

Here are highlights from their conversation, available in full here as a free podcast.

“The idea of the word ‘Inclusify’ is that ‘include’ is the action people would associate with inclusion, but I think that it’s not enough to just include people. People associate inclusion with, ‘I included you. I let you in the room and now I’m done.’ Inclusifying is this idea that it’s a constant action and behavior that we need to exhibit over time.”

“Doing interviews and talking with leaders about inclusion, I started to see these really consistent ways that leaders talked about diversity that I would feel like, ‘Have we spoken before?’ I started to stack up these piles of papers from interviews that had archetypes of different ways that leaders go slightly wrong in trying to create inclusion, and then did the research to figure out how to fix it.”

Meritocracy Managers miss “both the belonging piece of creating cohesion—because if you’re really focused on just performance outcomes you actually have more competition rather than cohesion—and the uniqueness piece because if you’re saying ‘I don’t care about your race and gender, I just want the best person for the job,’ then you’re telling people that you don’t care about that aspect of their identity, and they might care about that. So, it doesn’t work…People want to find a place where they feel they belong, or places where they feel they could be themselves.”

“The culture crusader is a leader who hires on culture fit and tries to have high belonging, but everyone has to be the same in order to ‘belong.’ They’re not valuing dissenting perspectives. I heard this most in tech. Tech companies were kind of designed this way to build culture fit, have everyone from the same universities, people with really similar backgrounds. You would have the ‘someone I want to have a beer with’ mentality. What they’re missing is the fact that if everyone’s the same, you’re missing out on that different perspective, and there’s probably people in your group who don’t fit, but they’re trying to pretend to fit in.”

“The team player is a culture crusader who is a woman or person of color. Maybe they grew up in their organization with people who reinforce fitting in, so then they go on to do that with other women or people of color who come to the organization. They’re just replicating how they were treated.”

“Usually a white male champion for diversity is like, ‘I think we’re all in the dark. We need to start recognizing our privilege.’ That’s great that they’re supportive of diversity, but they do it in a way that actually undermines those they are trying to support. They focus on gender and why they should promote them because they’re a woman when in fact the slight pivot for them is to really focus on competence rather than just berating their colleagues for being sexist.”

“The shepherd is the female version of a white knight. I’ve probably been guilty of this, a woman who is a champion of women, and in doing so, loses some support or creates backlash from men in the office who think, ‘I can never get ahead here. She’s only going to promote other women.’”

“The optimist is the leader who’s kind of stuck in the middle. Most cared about uniqueness, they believed in diversity, they cared about belonging, and they just kind of hoped it would happen without having to take any definite steps. Maybe it’ll happen if you want to wait 170 years, but you could probably move that timeline up a little bit if you just took real concrete action.”

“The leaders who are missing the mark are leaving out either the uniqueness or the belonging. They’re not bringing people together, which is belonging, or they’re not encouraging different perspectives, which is uniqueness. The ‘inclusifier’ is the leader who does both. They try to create an environment where everyone sees why they are an essential and valued member of the team, acknowledging the fact that every individual brings different perspectives and views.”

There are three actionable steps executives can take to overcome archetypes and become “inclusifers.”

“Start with a learning orientation. You’re designing meetings and interactions in a workplace where you’re encouraging different views. That’s hard to switch if you’ve already had a culture that doesn’t, but you can start in one place. I’ll start with a meeting because that’s where we exchange a lot of information. Have people send their responses to you as the person running the meeting, which is important during COVID so you don’t get in those meeting situations where you have the same people who are always contributing and the different views either aren’t elicited or are quickly dismissed.”

“What leaders can do for their team is to help people not feel invisible or have people feel insular, by just ensuring that they broaden socially but also their intellectual contribution is brought out and valued, because at the end of the day, isn’t that what we want? All of us want to contribute and create a more positive workplace or world and we need support to see how we’re able to do that.”

“We don’t have to be the leader to give attention and reinforce voices that maybe aren’t the majority. If someone steals your idea, attribute it back to the person who initially said the idea. That’s an amplification circle, you can create these, and it’s not just women or people of color. I think a lot of allies or men have asked me, ‘How can I be an ally?’ One way is to make sure that everyone is contributing in meetings, and that you’re supporting the contributions of people who might not be heard.”

“Good intentions do not always turn into good behaviors. It’s really hard for us to see the bias and then fix it. Instead, you start with: do an audit, look at who you have in your organization at the top/middle, consider the vertical where people are distributed, and then consider maybe some kind of benchmark for where you’d want to be, what aspirational companies have, or how you could change.”

Diverse and inclusive workplaces create successful organizations. However, these efforts to promote belonging and uniqueness and the idea of “inclusify” need to be an ongoing and continuous process.

“When you get people into your organization through recruitment and hiring and promotion, you need to be working on the culture and creating an environment where those individuals with different perspectives feel like they’re going to thrive and they see the path forward for themselves. That’s ‘inclusify.’ It’s creating a place where people see that their different perspective is valued.”

Work and Life with Stew Friedman is a weekly podcast that features leading experts in lively conversation with Stew about how to cultivate harmony between work and the rest of your life — your family, community, and private self (mind, body, and spirit).  It broadcasts originally as a show on Wharton on Business Radio 132.

This seven-part series on race and work is culled from guests who appeared on the show in 2020 as part of an effort to bring practical knowledge to listeners interested in learning what they can do to advance the cause of racial justice. 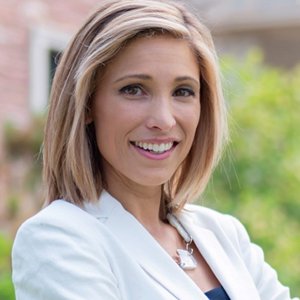 A recognized expert on diversity and inclusion, Dr. Stefanie K. Johnson is an assistant professor of management at the University of Colorado, Boulder’s Leeds School of Business. She received her Ph.D. in 2004 from Rice University. Her primary research focuses on leadership, including the role of emotions in leadership, diversity and leadership, and the development of leadership. She is particularly interested in the effects of unconscious biases in the evaluation of women and finding ways to mitigate those biases. Stefanie has published 40 journal articles and book chapters in outlets such as Harvard Business Review, Journal of Applied Psychology, and The Academy of Management Journal.