Wharton’s Associate Professor of Management Matthew Bidwell reviews the pros and cons of moving between jobs internally and externally.

Around the 1970s, the predominant mindset of those entering the workforce was finding a job at a large company and climbing the internal ladder. This mentality has changed dramatically since then, and Associate Professor of Management Matthew Bidwell has been examining these new employment trends in his research on job mobility.

His own journey through academia involved moving to and from a range of disparate disciplines. After graduating with a chemistry degree from Oxford University, he went on to pursue a masters in political science at the Massachusetts Institute of Technology, where he took an interest in studying employment and how it relates to issues like wage inequality and the welfare state.

“The decline of manufacturing particularly has had massive impacts on society and people’s lives and political systems,” he said. “I think many of the upheavals that we’re seeing in the political system in the U.S. are really related to those changes in employment and to the decline of a sense of stable and rewarding work.”

A Shift in Trends

Bidwell’s research shows a large shift from internal mobility to external mobility in today’s work environment. The shift from a greater emphasis on the former to one on the latter took place in the 1980s and 1990s, when the expectation of career employment began to break down.

“[Career employment] was always a bit of a caricature. We know that it held for older workers rather than younger workers. It held for whites rather than ethnic minorities. It helped men rather than women,” Bidwell said. “But what you saw in the 1980s to 1990s was a real breakdown of the assumption of lifetime employment even among those worker — those middle-aged men who would have expected to have been with that employer since forever and would expect to stay forever.” That long term career at the same firm was suddenly no longer the expectation.”

The shift does not mean that internal mobility has disappeared; on the contrary, Bidwell was surprised to find that there are still strong advantages to it.

“At the same time, when employers fill more senior jobs from outside, they also end up having to pay those hires substantially more than they would an internal candidate,” he said. “So even though you’re hiring somebody who’s doing worse because they don’t know the organization, you’re paying them maybe 10 to 20 percent more. Which is not a great deal.”

A survey he conducted among Wharton MBA alumni had other interesting insights: in their experience, those alumni found that external mobility led to a pay raise but not a promotion.

“When you move inside a firm, you’re actually getting a promotion,” Bidwell said. “Essentially, you take a risk when you promote people. You want to know that they’re ready for that senior job. It’s very hard to know that for somebody outside the organization.”

The data from Bidwell’s research seemed to indicate that as you get more senior, you are less likely to move. In his opinion, the main reason for this is opportunities.

“In order to move jobs, you need to demonstrate that you’re ready for it, but there also needs to be a job for you to move into. Once you reach the COO of a medium-sized firm, there are basically two options: either the CEO quits and you take his or her job or you move to a different organization if your CEO is enjoying what they’re doing and is reasonably good at it.”

Bidwell explores topics like this among others as a co-director of Wharton People Analytics, which hosts an annual conference and aggregates opportunities and resources related to the field of analyzing human capital. He has launched his inaugural People Analytics class for MBA students this semester — which he hopes to expand to undergrads — teaching how to apply evidence and analysis to make better decisions about people. 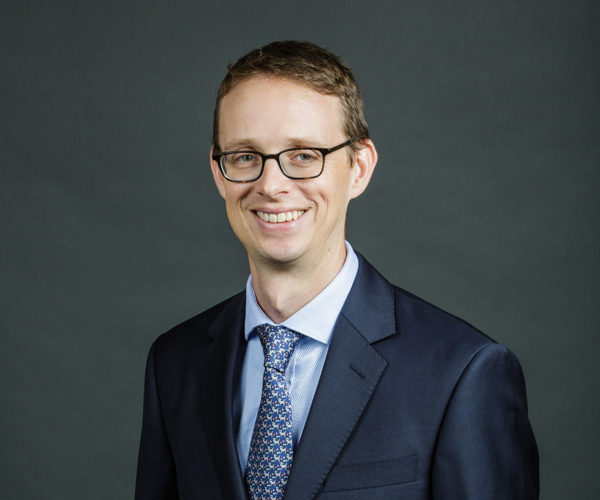