Help Where It’s Needed: How Grass Roots Organizations Are Making a Difference

Image: Provided by Off Their Plate.

Wharton Social Impact’s Sandra Maro Hunt speaks with Ellen Halle and Susanna Hamilton from Off Their Plate about how their organization is providing local assistance during the pandemic.

In the midst of the coronavirus pandemic, which has killed more than 270,000 worldwide, sickened more than 3 million and left even more in economic peril, those words have more resonance than ever. “In times like these, I like to take the advice of Mister Rogers’ mom,” said Sandra Maro Hunt, managing director of the Wharton Social Impact Initiative. During a recent episode of the Dollars and Change podcast, Hunt spoke with two such “helpers” — Wharton MBA students Ellen Halle and Susanna Hamilton, who launched the Philadelphia branch of Off Their Plate, a grassroots nonprofit movement started in mid-March by Harvard medical student Natalie Guo.

(The Dollars and Change podcast is produced by the Wharton Social Impact Initiative. Listen to additional episodes here.)

With her hospital rotation suspended because of the outbreak, Guo wanted to do something to help both frontline health care workers grinding through the demands of the pandemic and restaurant employees who suddenly found themselves out of a job because their workplaces shut down. Off Their Plate partners with restaurants to make nutritious, free meals for frontline medical workers. Entirely funded by donations, half of the money received is used to pay restaurant shift employees for their work, while the rest is used to cover the price of meals and transportation. Each meal costs about $10.

“The idea is that this is not going to be a sustainable business enterprise in the long term, but rather something we can do until it’s no longer needed,” Hamilton said.

Off Their Plate, which has raised more than $3 million in donations so far, has scaled up quickly and is now in nine cities, including San Francisco, Washington, D.C., Chicago, New York, Los Angeles, Pittsburgh and Seattle. In Philadelphia, the organization served 900 meals in its second week of operation.

“We’re the largest American city without a public hospital, and one in four Philadelphians has an income below the poverty line, so we have to think about how the virus is disproportionately affecting communities that are less privileged than ours,” Hamilton said. “We feel like it’s important to stay here on the ground for the foreseeable future, and we’re keeping close track of the curves and trying to deliver meals in accordance with that.”

Halle said the meals may seem like a “nice to have” at a superficial glance, but the organization is making sure the food gets to the less visible frontline workers – the janitors, security personnel and environmental services workers who are just as important in the pandemic fight, yet make far less money than the doctors and nurses. The free meals are in keeping with the organization’s namesake, taking one more worry “off the plate” of those who have so much to worry about these days.

“I think for me personally, as I’ve gotten more involved, I’ve certainly been able to see the impact on both sides, which is very compelling,” Halle said.

The women rallied their classmates and other Penn students through social media, and they found no shortage of helpers wanting to volunteer. They said it’s been exciting to apply the business lessons they’ve learned in the classroom to solving real-world problems. They’ve quickly learned to network, collaborate, motivate and coordinate.

“We’ve really had to lean on the principles we’ve learned around establishing trust on teams and building rapport, and then also thinking about how do we facilitate information sharing,” Hamilton said. “We’ve had to think about tools and group norms to establish, so we ensure that we’re being efficient and bringing everyone’s unique skill sets to the table.”

Halle said the work is especially poignant being in Philadelphia, a city that prides itself on its unique restaurant scene, which has been hit so hard by the pandemic. Being able to reinstate wages for some employees while giving them meaningful work is important both to the city’s well-being and economy. Restaurant partners so far include Hardena, Sate Kampar, Baology, El Merkury, Kalaya and Café Ynez.

“Philly is definitely a food city, and we’re proud to be able to support one of the industries that makes Philly so special,” Halle said.

Fundraising has proven to be the most challenging part of the work, mostly because there are so many worthwhile, pandemic-related causes competing for limited dollars. But Hamilton and Halle said they think Off Their Plate has been so successful because donors find “elegance and simplicity” in the business model, which helps two different segments of the population at once. As much as they are looking for continued support for their cause, the women are also passionate about helping many others.

“I know it can be overwhelming to figure out how you can help and what’s the most efficient use of your time or your money. It can be almost paralyzing, but our big push is really just to encourage people to take a leap,” Hamilton said. “There are a lot of great organizations working on COVID relief efforts, and we hope you’ll support ours. But really, it has just been inspiring to see people get out there and put their efforts towards some cause that matters and makes a difference. So, we’d encourage everyone to jump in.”

This story was originally published by Knowledge@Wharton on May 8, 2020. 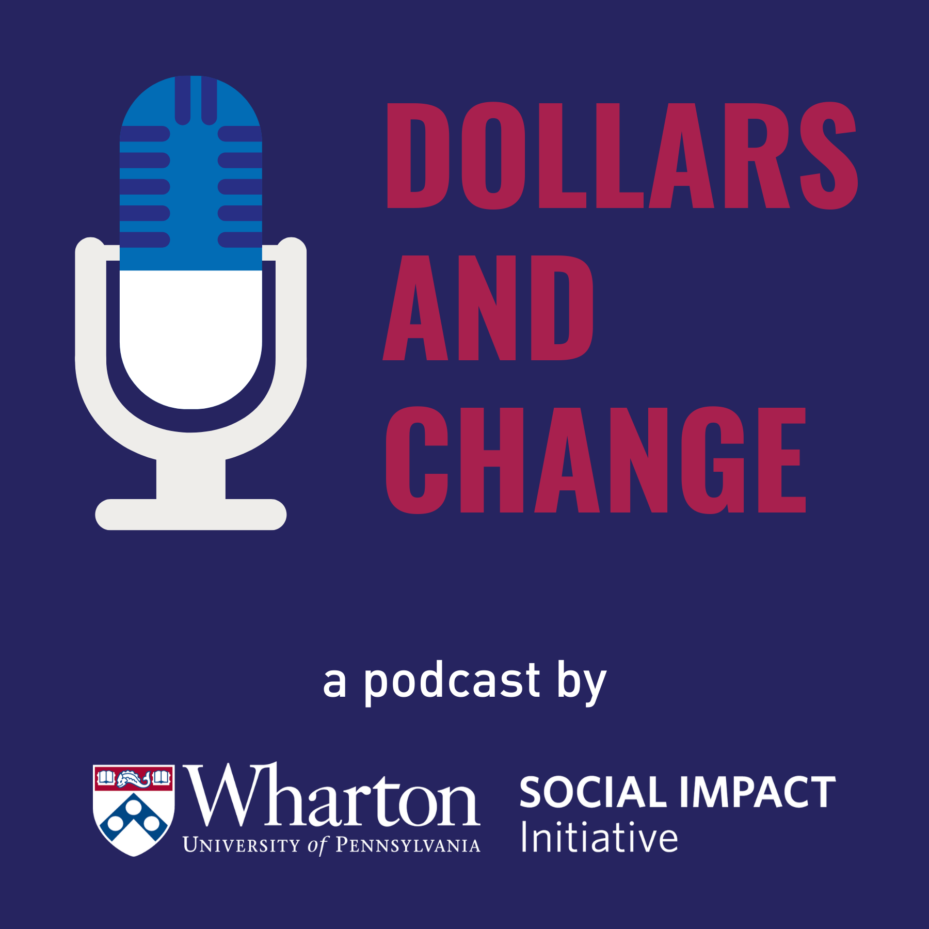 Dollars and Change brings all the greatest insights into the world of social impact and business. Listen to the podcast to hear from leading industry experts who are changing the world through social enterprises, impact investing, corporate social responsibility programs, social impact research, and more.

Listen to the Episode