Wharton Prof. Adi Wyner digs into the statistics about the COVID-19 outbreak and offers insights into what the numbers mean.

By now, we’re used to hearing statistics about the spread of the coronavirus (COVID-19). But because public health data is being collected from so many different sources, it can be difficult to accurately quantify the scale of the pandemic.

Wharton Statistics Prof. Adi Wyner, faculty lead of the Wharton Sports Analytics and Business Initiative (WSABI), spoke to Wharton Business Daily host Dan Loney about the nuances of coronavirus data and what insights we can learn about these numbers.

1. Not all of the data about COVID-19 is reliable.

“Part of the problem with the data is that it’s fundamentally unreliable, but not all unreliability is created equal. (It’s unreliable because) state testing procedures are very different… Because we aggregate over all the States and you have these incredibly different testing protocols, it becomes fundamentally a question of, ‘What can you infer from the data?’ On the other hand, certain states have had fairly consistent testing protocols, and then you can really see what’s happening as you march across time.”

“Yes, there’s unreliability, but there’s also an ability to do something with the data even though there are problems with it because those problems, at least, are consistent. If you’re looking for the bend in the curve, or the ‘flattening of the curve,’ as long as those problems are consistent over time, you can still measure the bend. If it’s inconsistent, well, then almost all bets are off.”

2. It’s important to look at data points beyond the death rate.

“Deaths are, of course, a thing that everyone in the statistics community is gravitating toward because there’s a finality about it, there’s a correctness about it, and it’s probably the most reliable piece of information. The problem with deaths is (that) it can take almost a month from the onset of an infection (for a person to die), or maybe longer. Therefore, it’s the longest- delayed piece of information.”

3. The infection rate is likely much higher than is being reported.

“You can look at the number of people infected, but there are problems with what that means because there’s a definite belief — and it’s a well-founded belief — that many, many times the number of people who are reported as infected are actually infected. You can be infected and have no symptoms. That’s the question we don’t know. (And then) there are people who clearly have the disease, who are home with symptoms and are getting better who’ve never been tested because there isn’t the capacity to do that, particularly in places like New York City. You can get information out of (the infection rate), but (because testing measures vary across states), making inferences from it is where it gets hard.”

4. Preliminary data suggests that the drug hydroxychloroquine is not likely to save the lives of COVID-19 patients….

“As a little bit of a backdrop, I need to give you an explanation of why there is a controversy. The historical way we do science, and medical science in particular, goes back to Ronald Fisher, back a hundred years ago. (He came up with) something called the Type I Error, which is the probability of falsely declaring a drug to be effective when it’s not. Our scientific procedures for a hundred years now have really focused on making sure that we… don’t put out drugs that are ineffective and that’s been our overwhelming goal. Now that comes at the expense of what we call the Type II error, which is failing to detect when a drug has the possibility of helping people and then we don’t prescribe it.”

“What we have to ask ourselves is ‘Is that particular metric important now? The idea that we should first do no harm, the Hippocratic Oath, is that really the right sensibility?’ Of course, we don’t want to do harm and we don’t want to give a drug that can kill someone. Now I’ve actually looked at the data and I would say fundamentally, hydroxychloroquine is not a game-changer. The preliminary data seems to suggest it’s not going to save that many people’s lives.”

5. …but it could potentially help shorten the course of the illness in a limited number of patients.

“What it looks like is that hydroxychloroquine is helpful with people with mild pneumonia. It could potentially help with cough and fever, keeping them out of the hospital and getting them better quickly. It might take tens of thousands of people before you genuinely know that it has a mortality effect, but you can look at much smaller numbers to see whether it is sort of helpful.”

“The preliminary numbers, particularly the study out of China, suggests that it is quite helpful in terms of shortening the course of the disease, but only in a very limited kind of group of potential patients: people without comorbidities, who can tolerate the drug because it can cause heart problems. The drug itself can be very dangerous. It can cause heart problems. You can have kidney problems, so you have to have a mild-ish case of COVID-19, and in that group it does look quite promising, at least (in) the early data. We’re going to need a lot more data to know for sure.” 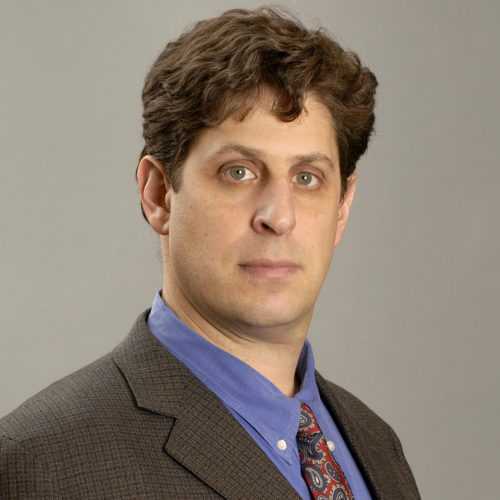 Professor Wyner received his Bachelors degrees in Mathematics from Yale University, where he graduated Magna Cum Laude with distinction in his major. He was the recipient of the Stanley Prize for excellence in Mathematics. His PhD in Statistics is from Stanford University, where he won a National Science Foundation Graduate Fellowship, the Abrams Prize and the Herz Foundation fellowship. After graduating from Stanford, he received the NSF post-graduate fellowship and a visiting Professorship at the University of California, Berkeley. Dr. Wyner has been a Professor of Statistics at the Wharton School of Business for the last 11 years. He is a tenured Professor and the Chair of the Undergraduate Program in Statistics for the University of Pennsylvania.