Wharton Stories » What Neuroscience Can Tell Us About Political Advertising

What Neuroscience Can Tell Us About Political Advertising

Can science help us improve communication in advertising? Prof. Michael Platt believes the answer is yes.

One of the big stories out of the 2020 election cycle is the amount  Democratic presidential candidates have spent on political advertising. Michael Bloomberg has reportedly spent more than $410 million on campaign ads, and has since dropped out of the race, whereas former Vice President Joe Biden has only spent about $16 million and has pulled ahead as a potential frontrunner. It’s clear that more ads don’t necessarily equal more votes, so how can we determine what makes campaign advertising effective?

Michael Platt, James S. Riepe University Professor at Penn and a professor of marketing, psychology, and neuroscience at Wharton, said neuroscience may hold the answer. He discussed his thoughts with host Dan Loney on Wharton Business Daily.

1. According to science, Platt said a good ad…

2. But ultimately, in order to be effective, the candidate has to deliver on what’s promised in the ad.

“There is not really any good, hard science on how our brains respond to political advertising distinct from other kinds of advertising. That is an area that is open to be explored. But if we think about the process of how we persuade somebody to buy a product, that’s what we’re talking about with advertising. You can kind of break it up into a number of different stages. The first is creating awareness of the brand — selling the product.”

“(Using the example of Michael Bloomberg’s campaign), he spent half a billion dollars to build this awareness within the public and it was pretty effective. People who didn’t know him began to get acquainted with him and we saw his poll numbers begin to creep up. But no matter what people think, you can’t force somebody to buy something by advertising to them. You can create awareness. You can create a personality for that brand, and even begin to have a sense of a social or emotional connection. But you can’t force somebody to buy something they don’t want. That’s what we saw with Bloomberg. People got interested and became aware, (but) then the ‘product’ wasn’t as advertised.”

3. With campaign advertising, identity politics are in play.

“This is something we’ve worked on a bit, how our brains respond to the brands with which we identify. If you’re an Apple user, your brain is going to respond to news about Apple in the same way it would respond to news about someone in your family, or even yourself. That kind of connection for a Republican or Democrat for their preferred candidate is going to be very strong. What advertising can help with is those persuadable voters in the middle and trying to get people who have never gone to the polls, or who are not typically going to vote, get them out to vote.”

4. Voters factor in choices they think other people will make.

“(On Super Tuesday) Biden won states where he never visited and where he didn’t run any ads, like Massachusetts. What we’re seeing is that the Democrats professed that the thing they care most about is winning the election and beating Trump. What they’re doing is playing a little bit of game theory. They’re trying to figure out who the other Democrats are going to vote for. What we saw in the rapid shift over the 24 hours leading into Super Tuesday was that people began to think other Democrats would vote en mass for Joe Biden.”

“To my understanding, neuromarketing is not being used (in political advertising but) it could be incredibly effective at everything from evaluating the persuasiveness of different advertising campaigns or doing A-B testing on steroids by getting brain data…You can use data to find the most effective and least effective parts of an advertisement. You can cut out the low-interest parts and create something that is shorter, punchier, more attention-grabbing, and more engaging. Because, quite frankly, people don’t have enormous attention spans and they seem to be getting shorter.”

“You could also use neuroscience to, for example, evaluate different pitches or the way a candidate might give an address. This is an opportunity I think to fine-tune how these candidates communicate, (and inform) how they can present themselves in a way that is much more engaging, interesting, and persuasive.” 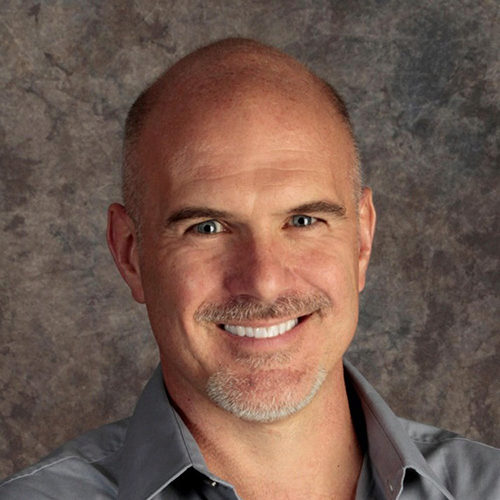 Michael Platt has been selected as the sixteenth Penn Integrates Knowledge Professor, effective July 1, 2015. Platt, a neuroscientist whose work focuses on the brain’s decision-making processes, has appointments in the Department of Neuroscience in the Perelman School of Medicine, the Department of Psychology in the School of Arts and Sciences, and the Department of Marketing in the Wharton School. Platt has served as Professor of Neurobiology, Director of the Duke Institute for Brain Sciences and Director of the Center for Cognitive Neuroscience at Duke University. Organizations such as the National Foundation, the Klingenstein Foundation, the McDonnell Foundation and the Department of Defense have supported his research, and he has been recognized in the New York Times, the Washington Post, the Wall Street Journal, National Public Radio, ABC, BBC, and PBS. Platt has also served as the President of the Society for Neuroeconomics. He holds a PhD in Biological Anthropology from Penn, and a BA in Biological Anthropology from Yale.