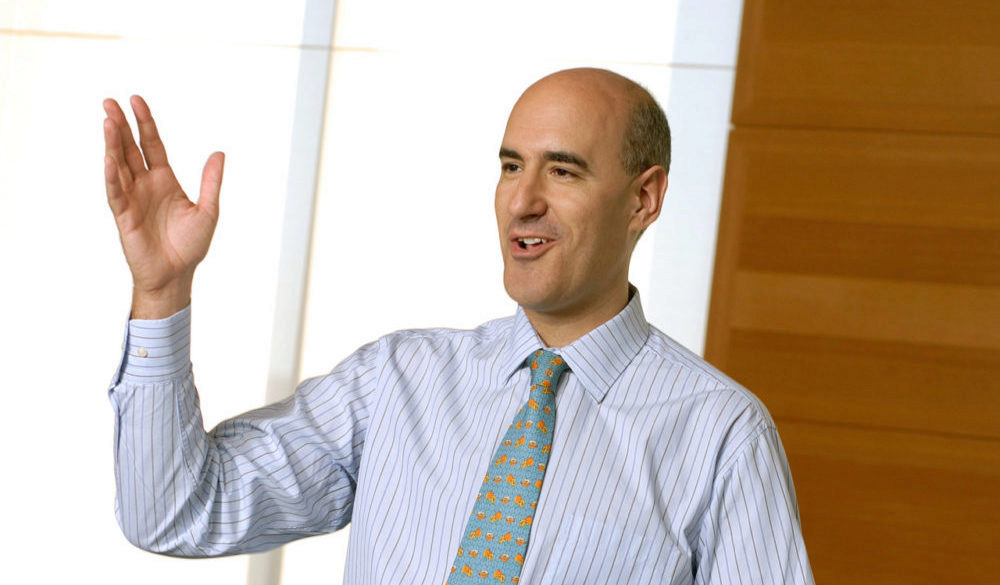 The Netherlands know wind energy. Holland’s iconic windmills are more than picturesque – they are the source of power that claimed arable land from water and drove the country’s economic development for centuries. That’s why there’s no better setting than the Amsterdam Global Forum for Professor Mauro F. Guillén’s course on wind power and sustainable energy.

Guillén’s team-based session will be offered to alumni as part of the 48th Wharton Global Forum in Amsterdam on June 24. In his workshop, participants will experience a real-life sustainable energy auction, making decisions under conditions of uncertainty  to calculate at which price they should bid to obtain a license to supply electricity to the grid.

“The idea is to bring the classroom back to our alums here at the forums,” he says. “We offer a glimpse of what we’re doing now at Wharton, things they’ll find useful.”

Guillén, the Director of the Joseph H. Lauder Institute and the Dr. Felix Zandman Endowed Professor in International Management, is also moderating a panel on Tensions and Shock Waves in the Global Financial Architecture, part of the Global Forum’s 2016 theme, Economic Growth for the Long Run: Creating the Economic Conditions for Sustainable Growth.

Guillén is especially energized by the workshop format of his team-based session. He honed the simulated wind power auction in his MBA classroom at Wharton, and offered related coursework in formats as varied as a Global Modular Course on energy in emerging economies taught on site in Brazil and in a MOOC delivered online via Coursera and EDx. In Amsterdam he anticipates that interaction with alumni – many of whom he knows going back to his faculty appointment at Wharton in 1996 – will add another dimension to the exercise.

“It’s a little bit different,” he says. “I break them down into teams and we look at how you think about bidding and whether you make money or not. They are given information to work with, make calculations, consider probabilities, and make a bid. Some participants make a lot of money, some lose. That’s the way markets work.”

At Home in the World

He’s just returned from a research trip that bounced through Malaysia, Zanzibar, Tanzania, and Spain. He maintains close ties with his home country, including frequent collaboration with Spanish colleagues, recent appointment as a trustee of the Fundación Princesa de Asturias, the royal foundation of Spain, and the University of Oviedo, where his team won the Spain National Basketball University Championship in 1987 when he was an undergraduate.

Guillén has some favorite destinations, aside from Spain.

“For repeat business, I always like London. I like Miami. I like Hong Kong,” he says. “Then there are other places you go where you get a sense that this will be your one chance to visit in your lifetime. It’s a long list, and there’s a long list of places I’ve never been.”

He prepares himself for a new destination not with a travel guide, but with a history book. “I like to understand how a place came into being,” he says. “If I speak the language, it’s easier because you have a way to connect to the people who are there. But most of the time you don’t speak the language. You have to rely on what other people have written.”

“When I travel, I feel inspired,” he says. “I travel an average of five days a month. I have a lot of time to myself with no interruptions on a long flight. I get a lot of thinking done. I try to use as much time for writing as possible.”

In his Guillén’s nine years at Lauder, the world has changed, and so has Lauder.

“We have reoriented the program to parts of the world, like Africa, that we didn’t consider earlier,” he says. “We have moved the program away from language studies to interconnectivity between economies and the global business landscape. We’ve made it more relevant for international business today.”

He manages to make his leadership at Lauder and his teaching and research careers work together, winning numerous teaching awards and publishing articles and books frequently, including his most recent, The Architecture of Collapse: The Global System of the 21st Century(Oxford, 2015).

“You have to be triathlete,” he says. “Some people break a world record at one thing – only research or only teaching. I don’t think I’ve broken any world records, but I’m consistently good at a number of things. That’s what makes academic life so interesting. Interacting with students is very rewarding. Research gives you a unique perspective on the world, looking at questions in a new way. And administration is a way to give back to the institution. It’s fun.”

He laughs. “There are, of course, headaches, but it’s rewarding to see the Lauder program grow, evolve, become better. It’s a great thing, right?”