David Lin, a venture capitalist, and Tatiana De German Ribon both selected Singapore and Taiwan as their Global Business Week destination to learn about the success and potential of developing economies. Both returned to Wharton with an expanded sense of a nation’s economic diversity.

Each year, Wharton EMBA students participate in Global Business Week to learn about business environments around the world. This year’s options included a joint trip to Singapore and Vietnam to look at the challenges and opportunities that global and local companies face in Asian markets.

West Coast student David Lin, managing partner of Lin Ventures, and East Coast student Tatiana De German Ribon, cultural attaché at the Embassy of Colombia, both selected this trip. We asked them to tell us about their experiences in Singapore and Vietnam. Here is what they said:

Tatiana: Coming from Colombia, a developing country, I wanted to learn about Singapore’s success and Vietnam’s potential. I was interested in what these countries are doing – or have done –  to get to where they are today, and see what could be applied in the context of Colombia. 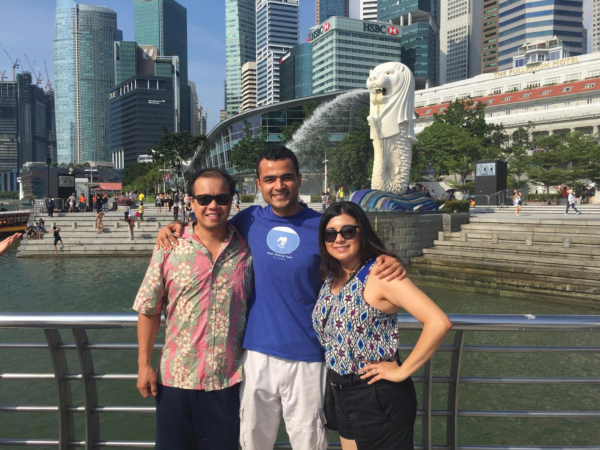 David: Singapore is a popular gateway for U.S. professionals looking to grow a career in Asia, especially for those in financial services. While I didn’t have plans to move to Asia, I did want to learn more about the region and my career potential there. I also was fascinated by the culture, history, and politics of Vietnam, a Communist country with a thriving economy that outpaces many of its capitalistic peers.

David: We spent three days in Singapore and three days in Ho Chi Minh City, Vietnam. There were multiple tracks offered in each location, such as financial services, multinational corporations, and startups. Each day consisted of a good mix of classroom lecture and discussions, company visits, city tours, and social events. Many students also did pre- and post-program trips. I arrived in Singapore a few days early with classmates and added a post-program trip to visit family in Taiwan.

Tatiana: It was enlightening to visit multinational companies like Credit Suisse and Abraaj Group in Singapore, and see how each adapted its business model to prosper in a completely different environment. For example, Credit Suisse strategically initiated relationships with smaller, newer businesses in order to retain them as clients when their businesses became prosperous. 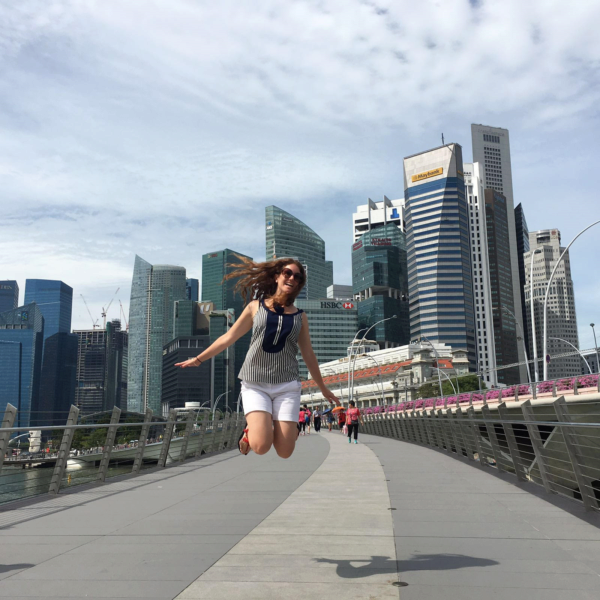 One concern that we heard on several occasions was how the increase in immigration restrictions was going to impact future growth. Singapore is seen as one of the most open countries in the world, which is why multinationals tend to set up headquarters there as a gateway to Asia. A big benefit has been Singapore’s welcoming of foreign talent.

However, the government has received pressure from locals who feel housing is getting too expensive, traffic is too hectic, and they have to compete with too many foreigners for jobs. While it makes sense for the government to restrict immigration, it is becoming harder for companies to fill vacancies, especially given Singapore’s low levels of unemployment. The government will need to balance the need for continued economic growth with the impact of a growing population. 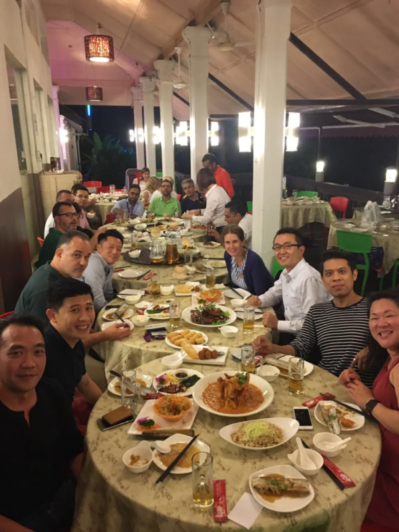 David: In Singapore, we met with Douglas Abrams, founder and CEO of the incubator fund Expara. He also is an alumnus of Wharton’s EMBA program. He shared with us how Wharton changed his life.

He recalled how he was 14 years into an investment banking career on Wall Street when he met his cofounder in Wharton’s EMBA program, who brought him over to SE Asia to start a venture fund.

He credited Wharton with changing the direction of his career to be more aligned with his passion. He also told us about the Wharton brand in Asia. He said that while it is clearly respected around the world, it is revered in Asia, especially in financial services oriented countries. The brand opened many doors for him that would not have been opened without a Wharton MBA.

David: Vietnam, while a Communist nation, is incredibly dynamic and entrepreneurial. This was totally unexpected to me, as I didn’t expect to see such an entrepreneurial spirit from an active Communist state. That said, business leaders seem to work hard within the government framework to find every opportunity for economic growth.

We also learned that women have an especially prominent role in Vietnamese businesses that outpaces many first-world nations. In a country ravaged by war, women have had to fill in the gaps left by men who are away fighting or were killed in war. Women have risen to managerial and leadership roles because of their diligence, entrepreneurial spirit, and technical proficiency.

Tatiana: A big reason why I chose this trip was that Wharton was partnering with INSEAD so we could meet Wharton students from both coasts and INSEAD students. It was great to make new connections, and deepen the bonds with my East Coast classmates. A particularly fun group outing was a food tour in Vietnam on scooters driven by women.

David: There is a unique bond that people form when they travel to unfamiliar parts of the world together, and that was definitely in full effect on our trip. 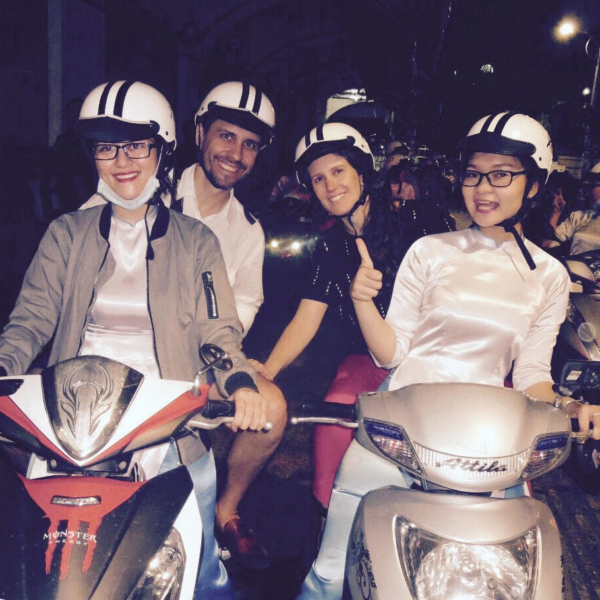 Tatiana: This Global Business Week trip was very unique to our experience at Wharton. The in-depth knowledge and understanding that we gained about these two countries in such a short time period would have been impossible without the planning and structure put in place by the program. I think it is a key part of the program and an important element of our global education.

David: This trip provided an amazing depth and dimension to my broader EMBA experience that I will remember forever. I gained both deeper relationships with my classmates and an immediate real-world understanding of what the Wharton network means across the world. I used to think of the thousands of Wharton alumni as just a big number, but now I see it as a community of people who share a very special common experience and look to help each other achieve their goals on a global scale.

Current Role
Cultural Attaché at the Embassy of Colombia