From playing rugby to landing an internship at LinkedIn and writing two children’s books, Emma Lonsdale used the resources of the university to maximize her time at Wharton.

A few years ago, Emma Lonsdale, WG’17, found herself at a crossroad. As a consultant living in Mumbai, India, she was consistently logging 65 hour weeks. This heavy workload meant she was often in the office early and on the weekends to complete her projects.

It also meant that she was too busy to think about her career. “I could see myself staying because I didn’t have the time to think about doing anything else,” she said. “I was just living my life with no sense of direction.”

Emma was leafing through an old notebook when she found a question she jotted on the margin. The throwaway comment read: “Maybe apply to Wharton?”

Now two years later, Emma looked back on all she has accomplished during her time in the Wharton MBA Program.

Since her focus was on figuring out the next steps for her career and life, Emma took classes which were geared towards that goal.

“I specifically focused on classes that would change my outlook on life: Negotiations, Total Leadership, Understanding Careers,” she said. “By focusing on those classes I really wanted to change my behavior and outlook on things.”

After more than three years in consulting, Emma wanted to get a taste of working in technology and accepted a 12-week summer internship with LinkedIn in Sunnyvale, California.

As a business operations intern, she worked on market research for video advertising and had a front row seat to one of the largest technology acquisitions in recent history.  “It was my second week of work and we woke up to the news that Microsoft had bought LinkedIn,” she said.

Through Employee Information Session on campus, Emma was able to meet with LinkedIn recruiters to learn more about what the internship entails. In addition, Emma was able to receive advice from a second-year MBA student who had previously interned at LinkedIn. The next fall, she returned the favor to a first-year student.

Emma notes this key feature of the Wharton MBA. “If you go to a one-year program for an MBA you wouldn’t have access to the second year’s who have been through it all,” she said.

Emma was also involved in a multitude of extracurricular activities from the Wharton Rugby Club to the Wharton International Volunteer Program. She was especially inspired by her time as Director of Communications for Wharton Women in Business.

“It has fostered in me the importance of sponsoring women and being a cheerleader for other women in business which I don’t think I had a concept of before coming to school,” she said.

Along with her sister, Emma co-wrote two rhyming children’s picture books — one about a spellcasting witch and the other about garden gnomes. “We finally found the time while I was at school to come up with some plots and write the books,” she said.

Emma consulted with Prof. Perky Edgerton who teaches a class on the subject (Writing and Illustrating Children’s Books) to gain some insight into the world of publishing. “Beyond the Wharton community there is the wider Penn community that is quite cool to tap into for even really niche topics,” she said.

Life in Philadelphia and Beyond

Philadelphia was a pleasant surprise for Emma. “I was not expecting much from the city,“ she said, “and I was really shocked by how nice Philly is.” Living in the Rittenhouse Square neighborhood meant that she was within walking distance to campus and some of the most renowned restaurants in the city.

When asked for her recommendation, Emma did not hesitate. “Doubleknot is my favorite restaurant. You can get the 10-course tasting menu. It’s amazing.”

As she would be based in London as a consultant with Bain & Company after graduation, Emma has forged stronger ties with other London-bound graduates. “There are 15 people going to London and we’re meeting up for drinks on Sunday to try to foster that community,” she said.

After two years at Wharton learning more about herself, Emma felt that she has changed. Yet she was concerned that the change may not last upon her return to work.

“In business school, you don’t really have that many stresses so I’m not the same person in that respect,” she said, “but ask me again when I’m working hard again and fingers crossed that I’ll say the same thing.” 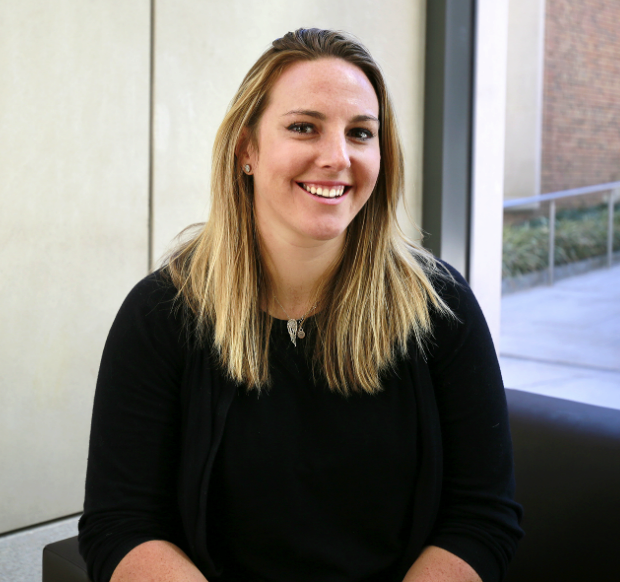