Wharton Stories » Do What You Enjoy: Recent Wharton Graduate Shares What Kept Him Grounded

Do What You Enjoy: Recent Wharton Graduate Shares What Kept Him Grounded

Christian Butts, W’18, explains how he balanced his interests inside and outside the classroom with a variety of work experiences and research opportunities at Penn.

A Cherry Hill, New Jersey native, Christian Butts, W’18, grew up singing in the Philadelphia Boys Choir and Chorale. Not only did he get to know the city very well through choir, but music also took him overseas and ignited academic interests that he’s still pursuing today.

“My first exposure to traveling abroad was going to Spain and Germany with the choir,” Christian said. “It got me interested in international relations, history, and languages in high school. So, when I was deciding what I wanted to do during my time at Wharton, I knew it would involve international relations or policy, and BEPP was there for me.”

Concentrating in Business Economics and Public Policy (BEPP) and Social Impact and Responsibility at Wharton, Christian explored his diverse range of unique interests and experiences at Penn — including music, public policy, and international relations. As a 2018 Wharton Peer Advising Fellow, he appreciated the opportunity to share his wealth of advice with younger students.

Outside the classroom, Christian pursued his interests in diplomacy as a member of Penn’s International Affairs Association (IAA), where he helped plan and fund a free conference for high-school students as part of the IAA’s Community Engagement and Outreach branch. He was also a Perry World House Student Fellow, engaging in a variety of seminars, projects, and activities focused on critical global inquiry.

He still found time to put his musical talent to good use at Penn, too. Christian performed with Penn’s all-male a capella group, the Pennchants, and was part of the Samba Ensemble.

When asked how he juggled everything, Christian said that he stayed happy and grounded by doing what he loves.

“I balance everything a day at a time… although I do plan! If you look on your calendar two weeks in advance and add up all the things you need to do, it can get very overwhelming very quickly,” he explained.

“If you try to knock out things that are doable and do things you like, it becomes a lot easier. I’ve had less stress during my last three years at Penn, just because I’ve been trying to take classes I like more and do things I like more.”

Embracing a Variety of Work Experiences

In addition to his involvements at Penn, Christian has also worked for a variety of different organizations and causes — from academic research to investment banking — over the past few years. He interned for Morgan Stanley, the Securities and Exchange Commission (SEC), New Jersey Senator Cory Booker, and the African American Chamber of Commerce. He learned a lot from each unique experience.

During the summer after his freshman year, Christian took two five-week internships: one at New Jersey Senator Cory Booker’s office, and one at the African American Chamber of Commerce.

Christian said that three years — and many classes — later, he’s now able to look back on his internships under a different light.

“At the African American Chamber of Commerce, I learned a lot about how nonprofits run, and the kinds of tasks they need interns for. Understanding those as a senior is different from doing them as a freshman. After taking classes like BEPP214 (The Nonprofit Sector: Economic Challenges and Strategic Responses), I understand why the director asked me to do certain things,” he explained.

The following year, Christian took on an entirely different role: he worked at the SEC, in its Division of Economic and Risk Analysis (DERA). Then this past summer, Christian took a position on other side of the financial services world when he worked for Morgan Stanley, a prominent global investment bank. “In my internship after sophomore year, I learned more about how finance actually goes into the SEC’s rules… The DERA is filled with Economics and Finance PhDs who do a lot of data analysis,” he said.

In addition to his internships, Christian has also been a Wharton Public Policy Research Scholar since his sophomore year.

“I’ve been able to study international trade policy through that program. When they had a fellow come my junior fall, I took the opportunity to help her out with research,” he said. “During my four years at Penn, I did a lot of research, and I enjoyed every year of it — that’s why I gravitated towards economic consulting post-grad. I’ll be using the skills I’ve gained.”

Next, Christian is going to work for the Brattle Group in D.C., where he will be doing economic consulting. Having studied BEPP and Social Impact, he’s excited for the next few years and hopes to pursue his other academic interests in international relations, law, and policy later on.

“Coming into Penn, I was very interested in law! I thought for sure I would go to law school, and BEPP was part of that equation. It still is, but I think working for two to four years and getting some experience with economic consulting will help enhance my skill set,” he explained.

“I’d still really like to go to law school, and maybe do international trade or development law.” 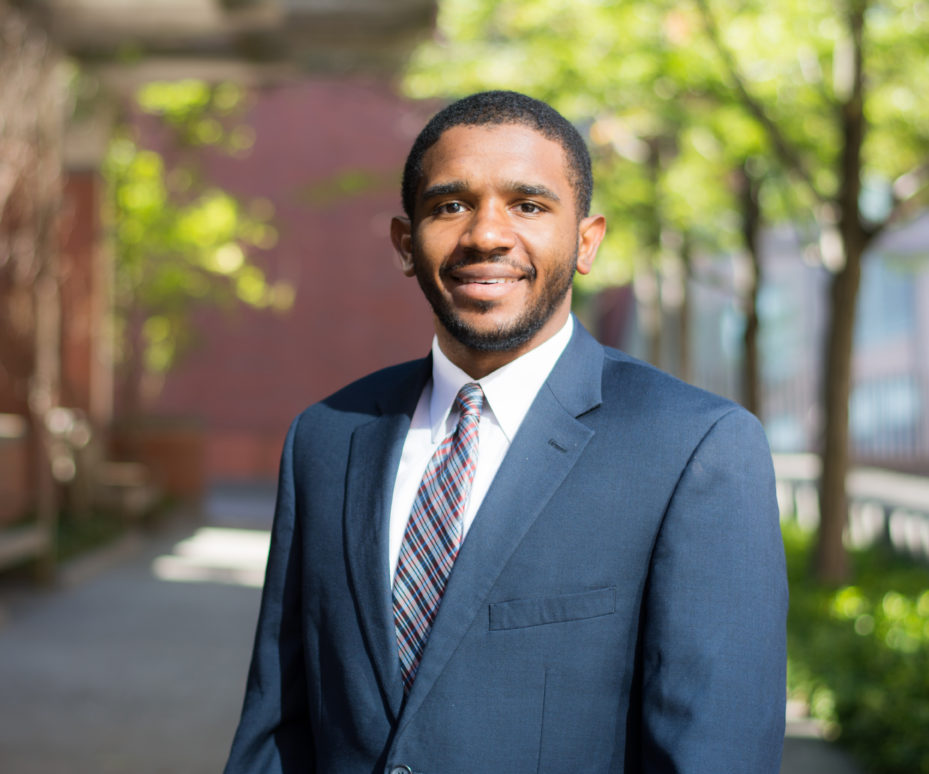