That’s when a light bulb went on that there are business practices that can be applied to health care that could make a tremendous difference.

A practicing physician in Seattle, Howard Willson wears many hats. He’s the president of Seattle Emergency Physicians, a physician group at a large hospital system in the Pacific Northwest, and cofounder of 1st Health Systems, a health care software company.

He’s also a second-year student in Wharton’s Executive MBA program in San Francisco who is developing another startup with a fellow student called MDLens. We asked him to talk about how his education is impacting all of these positions. Here’s what he had to say:

Emergency departments are inherently chaotic, but some colleagues and I had heard about operational practices – similar to what Toyota had used for years in its factories – that could be applied to systems like an ER. It sounds odd, but they share some similarities to an assembly line: Sick patients come in and, hopefully, healthy patients come out. By implementing those practices, we were able to reduce the wait time for patients by 20 percent.

That’s when a light bulb went on that there are business practices that can be applied to health care that could make a tremendous difference. I wanted to fill in the gaps in my business knowledge – and there were a lot of those – so I applied to and was accepted into the EMBA program at Wharton | San Francisco.

It turned out that those practices we applied to our emergency departments were the same ones that were taught in my Operations class, and some of the examples in class were actually emergency rooms. We spent the majority of one class focused on emergency medicine, which was a shocker for me to see work and school come so full circle. Since then, I’ve been amazed at how applicable all of the classes are to my role as a physician and leader in a health care system.

Wharton has also made a big impact on my entrepreneurial interests. Soon after I arrived, I met about a dozen people in my class who also work in the health care field in areas such as biotech, devices, or pharmaceuticals. I’ve had many productive conversations with them about how we could put our skill sets together, but one of those has actually led me to work on launching another startup.

A fellow student and I had talked about how we could apply transparency to the costs involved in health care. That’s a big problem right now. We developed and refined our idea in a class called Innovation, Problem Solving and Design. The format of the class was a tournament where every student submitted 10 ideas for a startup, which were then whittled down to the top three.

The idea we submitted is a software platform that can be run on a smartphone or other device that allows doctors and patients to better decide which drugs or tests make the most sense based on an efficacy and cost standpoint. Everyone knows what a gallon of milk costs, but no one has a clue what an MRI costs, especially with different insurance carriers. Our business, MDLens, will make it clear what things cost upfront. I’m happy to say that, among some great ideas, ours was just selected as the top one in the tournament.

The Importance of a Business Education

It’s also been encouraging to see so many successful entrepreneurs come through Wharton. I always assumed in the past that many entrepreneurs had a knowledge that was so far beyond mine that it might not make sense for me to undertake those ventures, but Wharton has given me both the education and confidence to do this too.

As for physicians, it’s probably more important than ever to get a business education as health care starts to undergo a big transformation. To be able to understand not just the clinical side of medicine, but what keeps the wheel turning in this field, is very helpful. It’s a business like any other and the skills I’m gaining at Wharton will serve me well as health care evolves. 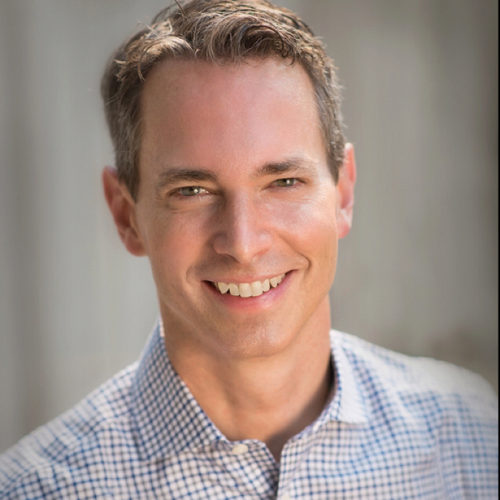