How This MBA/MPA Student Connected with Classmates Through the Core

Tat-Seng had the option to waive several core courses, but elected to take the entire fixed core so he could spend more time with his cohort and the Wharton community.

Tat-Seng Chiam, WG’14, alternated studying for his MBA from Wharton and an MPA from the Kennedy School of Government at Harvard University as part of an established dual-degree program. He used the flexibility in the Wharton core to finish the two degrees in three years.

Tat-Seng had the option to waive several core courses, but he elected to take the entire fixed core. “I wanted to spend more time with my cohort,” he said. “I completed my first year at Wharton, will split my second year between the two schools, and will then do my final year at Kennedy. The advantage of that model is I start and graduate with both my Wharton and my Kennedy classes. Even though I’m split between two schools, I can still be a cohesive member of both communities.”

At Wharton, Tat-Seng pursued a Management major, working toward a career in impact investing. “My long-term career goals relate to the social finance/impact-investing field,” he said. “In the fall of my first year, I took the full-semester version of Corporate Finance (FNCE 611) as well as Financial Accounting (ACCT 611) to help prepare for investment banking interviews in January. In the spring, I took classes like Entrepreneurship (MGMT 801), to acquire analytical tools that complemented my finance-oriented classes.”

Tat-Seng, who is from Brunei and has studied, lived, and worked in England, holds the ultimate goal to work at the intersection of the public and private sectors.

“A lot of times when people think of social impact, they think about a master’s degree in public administration, which is one of the two degrees I’m doing,” he said. “But, in a world in which the private sector and public sector increasingly blur, that private-sector skill set has become more valuable.” 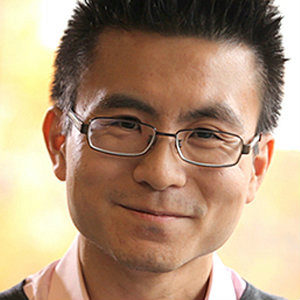