Roaming Rwanda: How GRIP Gave This Wharton Undergraduate A Glimpse Into Global Health

This past summer, I had the chance to spend nine weeks assisting on various public health research projects in the capital of Rwanda, a bustling city called Kigali. Before I received this opportunity, however, I had only a dim understanding of the current state of Rwanda as a country and its role within East Africa.

Recently, Rwanda has been making headlines as the pilot site for using cutting-edge drone technology to deliver blood and other medical supplies to improve health access for rural communities. It is now widely regarded as one of the safest and most rapidly developing countries in Africa, often touted as an ideal model for global health in developing nations.

However, mention of Rwanda usually conjures associations with the brutal genocide of 1994, in which hundreds of thousands of Rwandan people were killed and many more internally or externally displaced. Although the country has come a long way since then, the impacts of the genocide were immediately visible to me, in the form of numerous organizations, posters, school clubs, and memorials dedicated to remembering the horrific events and preventing a similar phenomenon in the future. This history set the backdrop for both my summer abroad and the work done, more generally, in development and global health within the country.

Unlike many students, the path to my Global Research Internship Program (GRIP) project was quite roundabout, and in large part, serendipitous. Initially, I wanted to combine my dual-degree studies in biology and business through my GRIP grant by studying the public health response to Zika in Brazil. However, as I met with many professors and faculty at Penn, and reached out to various Penn alumni via QuakerNet, I was exposed to the possibilities of areas of study in regions of the world that I had never even considered.

A Wharton alumnus and former participant in Penn’s Summer Undergraduate Minority Research Program (SUMR) put me in contact with several of his friends and acquaintances working in various capacities and locations in the field of global health. Each one was incredibly generous with their time and provided advice that would serve me well in the development of my research questions as well as my summer project. One of these acquaintances was a participant in the same post-grad fellowship as the alumnus I had contacted, the Global Health Corps, and was working as a research assistant for the Minister of Health of Rwanda at the time. Through her, I was given the once-in-a-lifetime chance to directly assist Dr. Agnes Binagwaho, a world-renowned global health expert, professor, and the Minister of Health of Rwanda from 2011 to 2016.

If I could describe my sophomore summer experience in a word, it would be “humbling.” Simultaneously foreign and surprisingly comfortable, Kigali quickly became a city of familiarity, an urban island tucked amongst lush green hills and glistening lakes. Geographically small, and with an even smaller territory frequented by the abundant “expat” community, it was not uncommon for me to head to a café or even go grocery shopping and run into a friend or colleague. The weekdays were filled with occasional meetings with Dr. Binagwaho or my supervisor, and numerous conferences and health-related events with representatives from Partners in Health, the World Health Organization, the United Nations, and many more. I spent most of my time with other interns, working remotely on our research projects at various locations throughout the city.

The weekends were filled with travel – although Rwanda is a small country on paper (1/4 the size of Ohio, my home state), the dense population, rolling terrain, and sometimes undeveloped roads meant transportation was a time-consuming process. However, I quickly was able to find a group of other college interns – working with Dr. Binagwaho and for several other organizations- many of whom had grown up in Rwanda but were studying in the United States. This group became my family away from home, my travel buddies, and perhaps the greatest source of insight I had into the country. I learned about their experiences as Rwandans studying in the states, the difficulties they perceived as facing the health system, and even how the genocide was addressed in their elementary schools.

My recommendation for any student even moderately interested in research would be to give it a try! Every field and discipline is informed by the research method, by people asking interesting questions and building a convincing answer. No matter what subject interests you, there is an opportunity to approach it from a research standpoint. GRIP is truly an incredible opportunity, and allows students to explore how business principles and theories can be applied to any area of their personal interest, anywhere in the world.

The number one piece of advice I would give to anyone traveling to conduct research of any sort would be to always keep their ears and mind open. The most surprising and important of insights, more often than not, will not come from a book or a data-set, but from the people you observe and converse with on a day-to-day basis. Although I learned a lot through my time in Rwanda – through the place, the project, and most of all, the people, I think that the most valuable lesson I gained was to always appreciate how much I do not know. 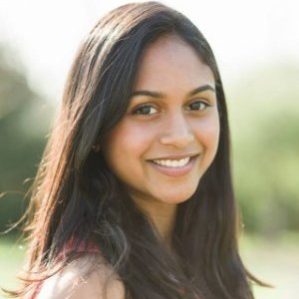 Concentrations
Studying Biology and Behavioral Economics through the Roy & Diana Vagelos Program in Life Sciences and Management, with a certificate in Portuguese