Wharton Stories » How this Mom Balanced School, Work, and Having Another Baby in Wharton’s EMBA Program

How this Mom Balanced School, Work, and Having Another Baby in Wharton’s EMBA Program

“Other women have done this before me, and there was no reason I couldn’t do the same,” said Suzanne Shaw, WG’20, who commuted from Jamaica to Philadelphia for classes.

When Suzanne Shaw, WG’20, started Wharton’s EMBA program, she had a full plate commuting from Jamaica to Philadelphia for school, running her advisory firm, and taking care of her 3-year-old daughter. Before graduation, her plate became even fuller when she gave birth to her son.

Fortunately, Suzanne had a lot of experience adapting to new situations. Growing up in Jamaica and attending college in Trinidad, she moved to Belgium to start her career as a consultant, advising energy companies on strategies to diversify and decarbonize their energy portfolio. She then joined the European Commission as a clean energy project officer, where she helped shape European policy and investment decision-making on low-carbon energy and transport technologies.

To further her career in those sectors, Suzanne moved to France to earn a Master’s and PhD and began exploring how she could make an impact in the Caribbean. After finishing her PhD, she developed and managed a project for a policy institute in Jamaica to foster more renewable energy deployment. However, a job opportunity brought her back to Brussels.

“I stayed in Europe until 2015 when I was expecting my first child and I moved back to Jamaica to be with my partner – and to make an impact in my home country,” she recalled.

In Jamaica, Suzanne worked as director for sustainability at the policy institute where she’d started out a few years earlier, and also worked as an independent consultant for governments in the Caribbean, multinationals, and development institutions on energy and climate change projects.

“Until that point, my work was mostly focused on helping governments and development institutions conceptualize and develop energy and climate related strategies and projects. I wanted to transition to work more with the private sector and more directly on energy and sustainability-related investments. I wanted to make investments come to life rather than solely advise on them,” she said.

To achieve that goal, Suzanne set up a sustainable investment advisory firm, The Leap Company (Leap), and also set her sights on Wharton’s MBA Program for Executives. “I looked at EMBA programs so that I could keep working and apply what I learned to my job, and to Leap. I also wanted the same technical skillset as someone doing the full-time MBA. Wharton was the only EMBA program where I could clearly see that it was the same intensity and rigor as the full-time MBA program. Also, the number and range of electives available in the Wharton EMBA was unmatched. I specifically wanted to focus electives in my second year on finance, and do an independent study project to analyze specific topics of interest to me. Needless to say, Wharton’s brand recognition and alumni network were also important factors,” she explained.

When she was admitted to Wharton, Suzanne and her husband planned how they would manage her MBA commitment and the commute to Philadelphia every other weekend. That preparation included:

“We made a point of always sitting and eating dinner together when I was home. This was a set dedicated family time, where we would just sit together and catch up on each other’s days, answer my toddler’s latest life questions, and make plans. Phones were forbidden. That helped a lot in keeping things grounded and not getting lost in the flurry of study, work, study, at the expense of family. Except for crunch periods, I’d usually take Sundays of class weekends off to spend time with family and recuperate from the EMBA weekend and the late-night Saturday travel home.”

“It wasn’t just about being away for classes, but also finding the time to study in between class weekends. I used the time on airplanes to do class readings and finalize assignments. My partner was also very supportive during school, and he would often put our daughter to bed so I could participate in team calls or study at night. Daddy-daughter Sunday brunch and mini-outings gave me planned time to study. I think he enjoyed that as much as, if not more than, my daughter!”

“I’m a full believer that it takes a village. We were fortunate enough to have a nanny to help during the evenings, and I asked my partner and family members for support. My parents both lived nearby and would often pitch in, especially on weekends when I had to do schoolwork.”

In her second year at Wharton, Suzanne was expecting her second child, so she talked to faculty and staff. “They were all very supportive. I stopped flying to Philadelphia about a month before my due date (airlines impose restrictions for international air travel if you’re within four weeks of your due date), but staff recorded the classes for me to watch afterwards, so I didn’t miss out. I gave birth in December just before exam time, and they gave me the flexibility to take my exams on alternate dates. The staff also ensured that I stayed at the hotel closest to our classes for more convenience with expressing in between classes, and I had a refrigerator in my room,” she said.

Looking back, Suzanne said it was important to “ground herself.” She said, “There were times when I wondered if I’d manage, but then I’d just remind myself that other women had done this before me, and there was no reason I couldn’t do the same. I focused on what I had done to get this far and realized that I had the grit that would help me succeed. My EMBA classmates were also a great source of positivity and support throughout.”

She added that guilt is an ongoing challenge to be managed. “Ultimately, you won’t be able to completely avoid feeling a bit guilty for not spending as much time with family as you or your kids might like. So, for the time that you can spend with them, make sure that you really are ‘there,’ not just physically, but tuned in to what they are saying, feeling, etc. Also, remember that kids are resilient and adapt to new routines.”

Since graduation, Suzanne moved to Beijing with her family, where she is now working in investment operations at the Asian Infrastructure Investment Bank (AIIB). She also remains a director of Leap. In her new role at AIIB, she focuses on sustainable investments in energy, transport, water, and urban development.

“Wharton was definitely worth it! During the program, a lot of what I learned was directly relevant to Leap. And ultimately, I achieved my goal of working directly on investments, along the entire process from conceptualization, assessment, financing and implementation,” she said.

Suzanne added, “My role at AIIB involves providing technical input to projects on the economic and sustainability analysis side, and also leading projects and overseeing all the inputs that go into realizing viable and well-structured investments that contribute to sustainable economic development. Majoring in finance proved extremely useful. If I had not gone to Wharton’s EMBA program, I would have a much steeper learning curve in this role,” she said. 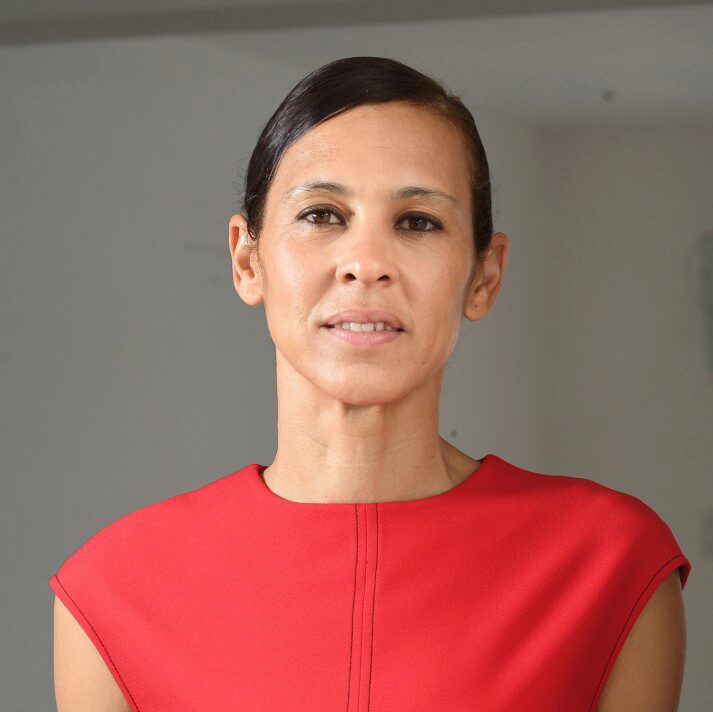 Based In
Beijing, China

Formerly Based In
Kingston, Jamaica