How Wharton is Helping this Engineer Build a Construction Technology Business

Hamid Hajian, WG’18, co-founder and CEO of Zebel, developed an early interest in a unique combination of industries: entrepreneurship and construction. Growing up in Iran, his father was a real estate developer and introduced him to the construction industry.

“I saw how my dad built his successful business through smart and hard work and I wanted to do the same thing. He’s my role model,” he said. The first step was college, where he majored in civil engineering. The next step was graduate school in California, which exposed him to the technology side of construction. Graduating with a Master’s in Construction Information Technology, Hamid joined EnTech Engineering in New York City as a civil engineer, leading building information modeling (BIM)- related business development efforts.

With experience under his belt, Hamid was ready to start moving toward his goal of becoming an entrepreneur. It was time to get an MBA to learn how to start a business.

“I did research and talked to other people who had earned an MBA. I concluded that it makes a big difference where you go to school. I wanted a top MBA program, or it would not be worth it. I also wanted an EMBA program so I could continue working and supporting my family. I ended up only applying to Wharton’s EMBA program in San Francisco,” he said.

At Wharton, Hamid immersed himself in entrepreneurial classes. “It was valuable to formally learn about entrepreneurship in class versus reading material online or hearing about it from your friends. I was getting sound, vetted, and tried-and-true knowledge that I could trust.”

He noted that some of the most critical entrepreneurship skills he uses today were learned in “soft skill” classes like Negotiations and Influence. “Learning skills like how to navigate around the politics of a company or how to transition leadership are just as important as knowledge of accounting and finance.”

Coming Up with an Idea for a Startup

Hamid recalled being inspired with an idea for a startup during a class on Business Analytics. He explained, “We were learning how to optimize business outcomes while dealing with challenges like scarce resources. We used a case on nuts to learn how to analyze data from past sales to optimize future sales. I wondered if I could substitute walnuts, cashews, and almonds with studios, one- bedroom, and two-bedroom apartments to optimize revenue streams. I saw that the general framework is very applicable.”

Putting together a spreadsheet to show his boss, he received positive feedback. “That class got me going and I kept working on the idea, although it morphed into something a bit different over time,” he said.

Hamid also talked to Prof. Leonard Lodish, senior advisor at Wharton San Francisco and co-advisor of Wharton’s Venture Initiation Program (VIP) in San Francisco, about his idea and next steps. “From day one, even before I started the business, he provided mentorship and advice.”

After graduation, Hamid and his cofounder, a friend from college, applied to and were accepted into the VIP-San Francisco. “This is a startup accelerator where founders get support from advisors and interact with other founders to learn from each other. Penn doesn’t take any equity in the ventures, and you get candid feedback to help your company grow and succeed. Being in the VIP-San Francisco gave us credibility and the confidence to continue.”

In 2019, they officially launched Zebel. Hamid describes it as a software company offering data analytics solutions to multifamily real estate developers and general contractors to run feasibility analysis during early design stages. Their technology enables customers to leverage their historical project data to generate quick conceptual cost estimates and pro formas for their new development projects in minutes instead of weeks in the traditional process. “Developers can analyze many design options quickly, find the optimal design with maximum ROI, and build more projects. That’s where our slogan comes from: Build Smarter, Build More.”

Hamid explained, “We offer a solution to the problem of how to leverage past project data to make decisions about future projects. In my experience in the construction industry, I observed that many companies treat each project as unique. To some extent that is true, but there are aspects of projects that are not unique. It’s valuable to capture learnings from prior projects.”

Hamid’s classmates were among his earliest supporters, with one classmate becoming Zebel’s first customer and a couple of classmates becoming the first investors.

He also received a lot of interest from Wharton alumni. “I recently reached out to an online group of Wharton real estate alumni to introduce myself. I wasn’t sure what kind of response I would get, but within 24 hours, I heard from at least 10 alumni, including an alumnus in the Netherlands.”

“When you think about getting your MBA, a big question is whether it is worth it. Wharton is definitely worthwhile,” he said. “In addition to the knowledge and confidence to start my own business, I also found my first customer and investors. What more could I ask for?”

He noted that it is important to take advantage of the resources offered to EMBA students. “I booked office hours with Prof. Lodish every month to talk about my ideas. I applied to the VIP-San Francisco program and reached out to the alumni network. It’s all there – you just have to use it.” 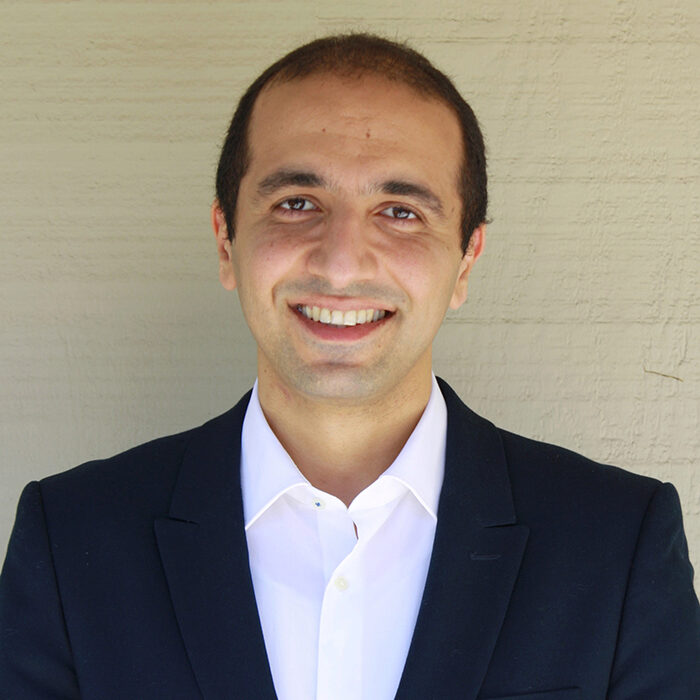 Currently
Cofounder and CEO of Zebel