Image: During MBA Welcome Weekend this February, Ben spoke to the Cluster 2 homeroom about first-year leadership.

Between inspiring young students to study STEM and interning at Procter & Gamble, Ben Onukwube, WG’20, is doing his best to help others be theirs.

Ben Onukwube, WG’20, describes himself as an engineer who really likes people.

“The running stereotypes are that engineers are super introverted and oddly quirky, but I like to defy those odds a little bit,” he said. “I’m always thinking about my work in terms of how it impacts people and how it’s thoughtful in regards to the human experience.”

It was that desire to better connect with people that pushed him to leave an IT position in Oklahoma and move to Philadelphia to pursue a Wharton MBA.

“I was in a great role at ConocoPhillips where I was leading diversity and inclusion initiatives, strategizing around how we recruit on campuses and who we bring in for technology positions. When oil and gas went through a slump, we took a downturn. I found myself in a position where I needed to make the case for continued investment in the areas that were important — our programming on campus, our partnerships with universities, our corporate contributions to schools. I realized that I didn’t have the vernacular to really make a data-driven case that would speak to the decision-makers.”

Raised in the South by Nigerian parents, Ben has had to learn how to navigate unfamiliar spaces for most of his life. “It’s given me empathy,” he said. “It’s also given me patience in giving other people grace when they’re ignorant of a certain subject, people, culture, or whatever it may be.”

As a Student Life Fellow, newly-elected Executive Vice President of Student Leadership and Engagement for the Wharton Graduate Association (WGA), and proud president of his Cluster 2 classmates, Ben is becoming a better leader by bringing people together.

“There are all these different things that diverge us — but what converges us is that we are all students and we all have lives.”

Meanwhile, his wife Mirelle is fostering community and culture as co-president of the Wharton Partners Club, a highly active and tight-knit support network for students’ significant others.

“I love that I’m at a school where my wife is very involved,” Ben said. “She really wants to make sure that partners feel included all the time and that their transition to Philadelphia and the Wharton school is seamless.”

Empowering the Next Generation

“We believe that it’s difficult to see beyond the fence that you’re behind,” he said. “We wanted young students to stand on our shoulders and see what we’ve seen by being at universities and having awesome STEM careers.”

While Ben remains passionate about STEM mentorship and youth development, he’s also excited to be at Procter & Gamble as a summer associate brand manager on Febreze. He’s there alongside two other classmates tackling analytics, strategy, and creative projects.

“P&G is an incredible training ground. I’m really hoping that I will be able to give as much as I expect to take away from the experience,” he said.

Being His Best Self

At Wharton, Ben is learning business fundamentals while striving to be his “best self” — and encouraging others to do the same.

“If I’m not working toward my best self, then I’m cheating the world out of something,” he said. “Who knows what I can bring, and how that can lift others to a place where they can do even more?”

A regular visitor of his student life and academic advisors, Ben believes they are an untapped resource. “They are connected to what’s happening in the school, the university, and with alumni. If you really want to figure out where your path lies in all these places, I think they have a big enough dataset that they can help you figure out why you belong here and what you can do with your time here.” 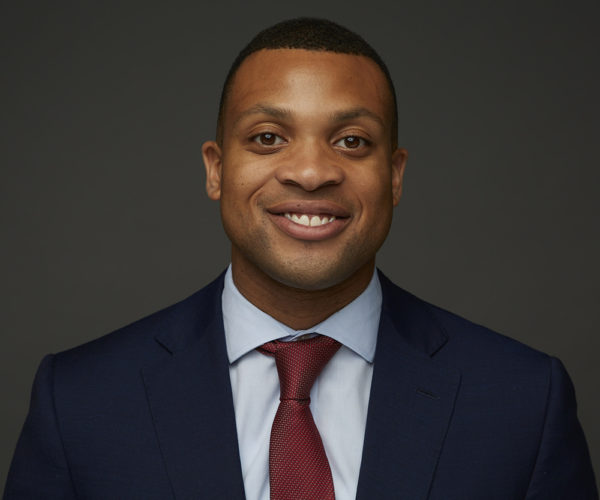