How Wharton Helped This Alumna Transition from Scientist to CEO

Joan Lau, WG’08, wasn’t planning to become an entrepreneur — but the knowledge, network, and confidence she gained from Wharton’s EMBA Program helped her pivot into new ventures.

A self-described “accidental entrepreneur,” Joan Lau, ENG’92, WG’08, didn’t plan on launching any startups. With a PhD in neuroscience, she spent much of the first part of her career in R&D project management and drug development at Merck. However, a Wharton MBA gave her the credentials to become a COO — and soon after that — president and CEO of a biotech company. That experience led to launching other biotech companies. Today, Joan is CEO of Spirovant Sciences, which began as a startup that she cofounded.

Joan’s unique entrepreneurial path began at Wharton, where she came to fill in knowledge gaps. Having taken on portfolio management responsibilities at Merck, she needed to apply more than a scientific lens to evaluate programs. “I wanted to enhance my ability to do my job and gain a broader perspective as I was rising in my organization. I wanted the skillset to articulate business decisions like strategic tradeoffs and resource allocation,” she said.

Joan was able to immediately apply classroom learning to her role at Merck. She points to her Operations Management class as an example. “After reading a case study about holiday nut mixes, I realized that evaluating resource allocation for drug programs is similar to evaluating nut mixes. In the analysis, I deleted the nut data and replaced it with drug program data to reevaluate our allocation. That was an eye-opening exercise.”

She also came to Wharton to expand her network. “This program exposes you to smart people who are hungry to learn and who support each other. You always have people to bounce ideas off, and many students have already started companies or are in the process of launching a venture,” said Joan. “While I was the only Chinese-American LGBT woman, my classmates were alike in that we were all hungry to learn and help. We came from diverse backgrounds, but we were homogeneous in our passion as well as in our dissatisfaction with the status quo.”

She noted that Wharton’s collaborative environment was an unexpected benefit. “We all had life events during the program, but learning teams get you through those challenges. My wife and I adopted our daughter at the beginning of the second year. Because the focus is on learning rather than competition, team members support each other. You work intensely as a team and form close bonds.”

Joan noted that the environment is also welcoming of LGBT students. “I felt very supported by classmates, faculty, and staff from the beginning. They welcomed my wife at partner events and our daughter at family events,” she said.

After graduation, Joan stayed at Merck, working in both business development and R&D roles. However, when a friend asked her to join his biotech company Locus Pharmaceuticals, she agreed. Coming on board as COO, she was unexpectedly appointed president and subsequently CEO when her friend left the company several weeks later.

“My Wharton MBA was an important credential. I don’t think the board would have promoted me without that degree,” she said. Nonetheless, becoming president and CEO of a venture-backed company presented new challenges.

“This is when I really utilized the support of the Wharton network. I called former classmates, Wharton alumni, and faculty to get as much help as I could,” she said. “Everyone answered the phone and was very helpful.”

Joan went on to serve as president and CEO of Azelon Pharmaceuticals and as an executive-in-residence at BioAdvance. Wanting to try out entrepreneurship, she co-founded and serves as a founding partner at Militia Hill Ventures, which is focused on building and growing high-quality life science companies.

In 2013, Joan was featured in the book the Stiletto Network: Inside the Women’s Power Circles That Are Changing the Face of Business by Pamela Ryckman.

More recently, Joan co-founded a gene therapy company with a focus on cystic fibrosis. In 2019, that company was sold and became Spirovant Sciences, where she is currently CEO.

“I wouldn’t be where I am today without Wharton. Besides the business knowledge and network, this program gave me the confidence that I can take on new challenges and successfully grow and lead companies,” she said. 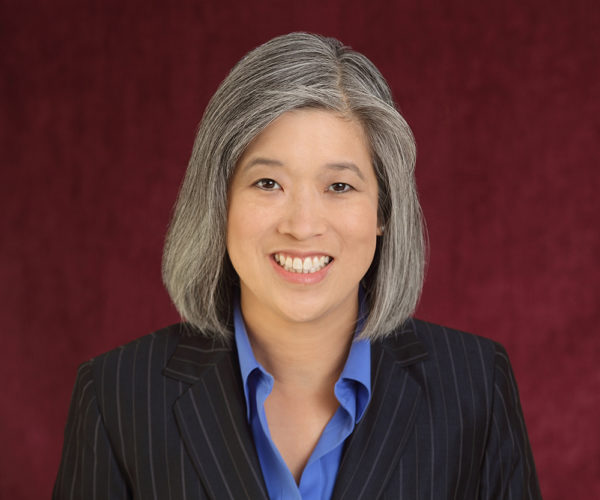 Based In
Philadelphia, PA

Prior Education
University of Pennsylvania, BSE in Bioengineering; University of Cincinnati College of Medicine, PhD in Neuroscience