Wharton PhD Candidate Explores the Downside of the Lean Startup

Andrea Contigiani, GrW’19, does research on experimentation in early-stage ventures. Knowledge@Wharton sat down with him to talk about what implications his research has on the “lean startup” methods.

LISTEN TO ANDREA CONTIGIANI ON KNOWLEDGE@WHARTON

Knowledge@Wharton talked to Andrea Contigiani, GrW’19, about his research on the downsides of early market testing, a principle of the “lean startup” strategy.

“I was very familiar with The Lean Startup idea, but I don’t think I was fully aware of the impact that it had on business and entrepreneurship. It has really been a little bit of a revolution,” Andrea said.

“The key words in Lean have really become part of the business language in all sectors, not just startups. This has really been an important change, and so I wanted to look into this topic [and validate it] with data.”

The main drawback to heavily testing your product before launch, according to Andrea, is that the risk of exposing your ideas to the competitor has become higher as the law has made patenting in the software industry more difficult.

What Is The Lean Startup?

The Lean Startup [describes] a way to do business. It applies not only to early-stage companies, but also to everybody doing innovation including large firms, nonprofits and even governments.

The core of The Lean Startup is essentially [to do early] experimentation rather than trying to understand the details of your business, your product, before executing. The idea is to … get market feedback as soon as possible.

[Lean comprises] an extraordinarily valuable set of ideas. I tried to take those ideas to see what the data said about them. While I really believe that Lean has some fundamental value, there are probably some of what we would call in research “boundary conditions.”

There could be situations where going lean is optimal, and other situations where it’s not, and maybe in those situations if you want to go lean you have to also take some other strategies to make that work. And so I wanted to try to understand those boundary conditions.

The first step I took … was to look at a very important concept that in the innovation academic literature has been discussed for a long time: appropriability. [With that view,] I explored, for empirical purposes, a very interesting change in the intellectual property environment in the U.S., which was [the impact of] a U.S. Supreme Court decision in 2014 — Alice Corp v. CLS Bank International. (Alice made patenting in parts of the software industry, mostly business software, less effective.)

Appropriability is one of the most important concepts that we have in the innovation academic literature. It comes out of the work of David Teece, a very well-known strategy scholar from U.C. Berkeley. A lot of work that came before and also after contributed to that [body of thought].

If you are an innovator — whether you’re a large firm, small firm or inventor — when you create an innovation, the value of that could go to you or to other players in the market, depending on how the market is structured and on the strategy that you take and how the companies react. Appropriability is essentially how much of the value you can keep for yourself, how much you can appropriate.

You could get imitated; you could get replicated. Those processes reduce appropriability. So experimentation, if you don’t have an appropriate defensive strategy, might reduce your appropriability. Of course, a fundamental role is played by what we call intellectual property (IP).

I found two things, broadly speaking. One is that after Alice took place, the affected companies changed strategies. In particular, they seem to be less likely to test their product; they do less experimentation. Given that they can no longer use patents to protect their ideas, experimentation becomes risky. Sure, you get the benefit of learning, but the cost of doing so goes up. So it’s not necessarily a good idea.

On the other hand, they seem to launch their product faster. They go to market sooner and so they can start getting feedback. Adapting your product, or pivoting, once you are in the market is a little harder [than early testing], because <adaptation costs are higher. But on the other hand, once you do that you are essentially creating other barriers to imitation, like brand and network effects. So it is safer.

The second result is more about performance, and there I looked at what happened to companies that did a lot of experimentation while in the new post-Alice regime where they could not really protect through patents. I saw a negative correlation between doing that and performance.

Companies that experimented a lot without potential access to patent protection were less likely to get funding, and they also seemed less likely to get acquired. And so overall, this choice seemed to really affect the performance.

The [practical] implication for startups is that in very uncertain markets … when you choose that strategy [of market experimentation] you really have to take into account how you can protect your invention…. It is really important to keep an eye on intellectual property and appropriability because it can really hurt you if you don’t. By talking to entrepreneurs, my sense is that they are really focused on learning, less so on appropriability.

I definitely want to keep going and understand a little more of what are the boundary conditions of experimentation — in startups primarily, but maybe also in large firms and to some extent in governments and [public] policy. At all of those levels people innovate, and maybe we can try to see how and when experimentation makes innovation better and more effective.

There are a couple of things that I really want to work on soon. There are at least two other boundary conditions of experimentation that I think we need to think about. One is reputation. When you go to market very early with a minimum viable product — with an early stage product, with a prototype — that is super helpful because it helps you get market feedback and learn.

On the other hand, if the feedback is negative, while it’s useful because you can pivot early on, that feedback might affect your reputation.… It doesn’t seem to me that entrepreneurs and maybe even investors consider [risks to reputation] carefully. I want look at the data and see how it plays out.

The second piece is really looking at the learning process itself. Experimentation lets you learn but may have these other costs like imitation or reputation. But actually learning is to some extent the most fundamental piece here. Now there is a lot of research in strategy that shows that learning is hard to do. You can get information, but you are not necessarily learning the right thing.

That’s because there are many types of biases which arise both at the individual level — people learn in different ways — and at the collective level, at the team level. It depends on the structure of the team, the experience of the team, and how the team works together. We need to look at the learning process and see how we can make that work optimally to make experimentation work well.

— This story was adapted from an interview that Andrea conducted with Knowledge@Wharton. 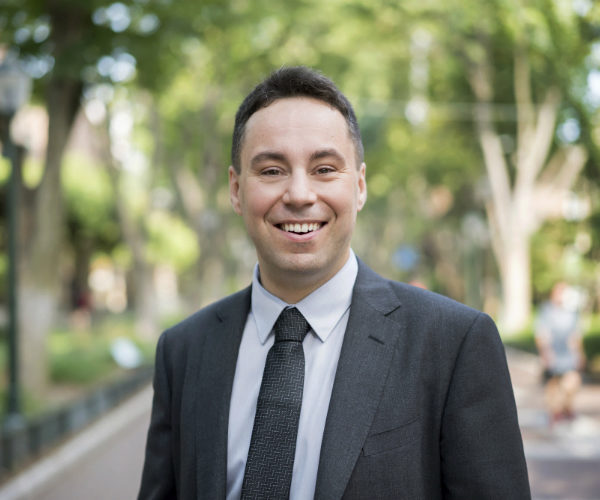