Opening Doors and Closing Gaps for Women in Data Science

The annual Women in Data Science conference is only one of the ways in which Wharton is forging a path for women in the industry.

Only 15% to 22% of data scientists are women, a disheartening statistic that Wharton is working to change.

Since it was established three years ago, Analytics at Wharton has been forging a path for more women to enter the field through aggressive recruitment, special programs, and mentorship. The effort is paying off with more female participation in its programs this year than ever before.

The Wharton Data Science Academy recruits high school students, the Analytics Accelerator offers real-world projects for grads and undergrads, and several other initiatives are engaging more women. The centerpiece is a female-focused conference called Women in Data Science @ Penn, part of the WiDS Worldwide Conference. Wharton just wrapped its third annual event in February, and the registration fees were donated toward need-based scholarships for female students to attend the data science academy.

“We have to encourage women to enter into this field and see all the different support they have, the excitement around it, and the impact that they can have.”

Representation is important to Purk, who came to Wharton in 2018 with a unique combination of industry and academic experience. She’s passionate about data science and wants female students to feel that same spark, which is why she set about increasing the visibility of women throughout her unit. First, she recruited more women in industry to become Wharton Senior Fellows, who play a pivotal advisory role to students participating in projects such as the Analytics Accelerator. Previously, there were only two female fellows out of 11, but now there are four, with a fifth woman soon to join.

Purk also incubated the Wharton Customer Analytics Advisory Board, whose members offer practical advice on what’s happening in the industry. That guidance helps shape the analytics coursework and programs to ensure students are getting the most current instruction. Like the fellows, advisory board members also mentor students and help them network. Purk exceeded her own goal of making the board at least 50% female: A total of 12 out of 17 members, or 70%, are women.

“I needed a board that reflected the population we were supposed to represent to the students and to help us make sure we’re thinking ahead six months, 12 months about what is relevant to our center and what we should be doing,” she said. “We have to bring companies closer to the academic application of what students are doing. That’s what boards are — you’re creating relationships. They lean on you, and you lean on them.”

A Crisis of Confidence

Wharton experts said one of the biggest challenges in drawing more women to data science is helping them understand exactly what it is and how it can be a career. It’s not all about coding or being good at math, although those skills certainly help. It’s about using big data, machine learning, and analytics to solve real-world problems across industries, whether it’s a marketing solution for a customer-centric business, an outreach solution for a nonprofit, or a climate change solution for government.

“I think the jobs in computer science are fantastic jobs for a host of reasons,” said Tal Rabin, a computer and information science professor with Penn Engineering who was a featured speaker at the recent WiDS @ Penn Conference. “First of all, they’re interesting and they can be on anything. You want to do things for social good, work for an NGO, work for a business — all of them need good people who can work at a higher level. Many of the jobs have great benefits. You’ll live a good life.”

Rabin, whose groundbreaking work in cryptography landed her on the Forbes Top 50 Women in Tech list, has been in the field since the 1980s, when the number of women began a steep decline. Decades later, the gender balance is still way off, she said.

Ashley Clarke, a Wharton undergraduate concentrating in finance and business analytics who is co-president of Wharton Analytics Fellows and a member of the WCA Student Advisory Board, agreed. She’s noticed that female students often apologize for their mistakes or are intimidated in interviews, compared with male students who tend to project confidence.

Clarke doesn’t have a crisis of confidence, which she credits to her family. Her father is an electrical engineer, and her mother is an information technologist who always advised her to focus on the job and do her best work. Clarke’s best has brought her to Wharton, where she’s taking on her fourth project with the Analytics Accelerator.

The Accelerator matches companies with an interdisciplinary team of Wharton and Penn students who use that firm’s data to address specific business issues. Clarke’s current project is with The Kimmel Cultural Campus and The Philadelphia Orchestra, which merged last year. The Accelerator team will help the new parent organization, The Philadelphia Orchestra and Kimmel Center, Inc., identify opportunities for growth of audiences and attendance frequency through an exploration of the joint data.

“Some may assume the arts have been historically separate from analytics. I think this project will help shed light on the misconception that data science techniques only apply to the industries related to tech or customer analytics,” she said. “In fact, The Kimmel Cultural Campus and The Philadelphia Orchestra have an in-house data team. We’re hoping to build on the foundation they have set and bring a new perspective to the table.”

“I hope that women will increase their participation and that we’ll have a higher percentage over time. And I’m hoping that the work environment will shift so there will be a lot more women in these jobs.”

Women in data science won’t find bigger champions for their careers than the faculty and staff at Wharton and Penn. The analytics team is investing in more gender-based scholarships, more networking sessions, more mentoring opportunities, and more Accelerator projects to open the door wider for women. Despite the meager statistics, Rabin remains hopeful for the future of women in tech. She encouraged female students to support each other as peers and find mentors who will advocate for them, whether those mentors are women or men.

Above all else, be bold. She recalled a female student who sat in the front row of her class and introduced herself afterward, making sure the professor took notice.

THIS STORY WAS ADAPTED FROM AN ARTICLE ORIGINALLY POSTED BY ANALYTICS AT WHARTON. 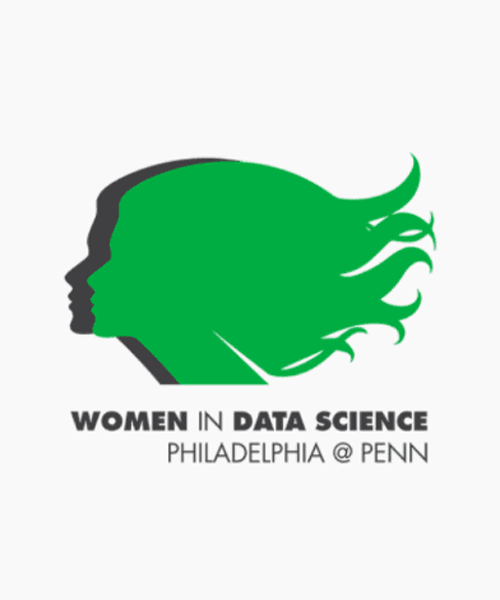 Women in Data Science (WiDS) @ Penn is an independent virtual event to coincide with the annual Global WiDS Conference held at Stanford University and an estimated 150+ organizations worldwide. All genders are invited to attend WiDS regional events, which emphasize the diversity of data science, both in subject matter and personnel. A celebrated interdisciplinary event, WiDS @ Penn will welcome academic, student, and industry speakers from across the data science landscape. WiDS @ Penn is co-hosted by Analytics at Wharton, Penn Engineering, Wharton Customer Analytics, and The Wharton Department of Statistics and Data Science.