You have to localize the force you’re going to put on something to be able to have a lasting impact. 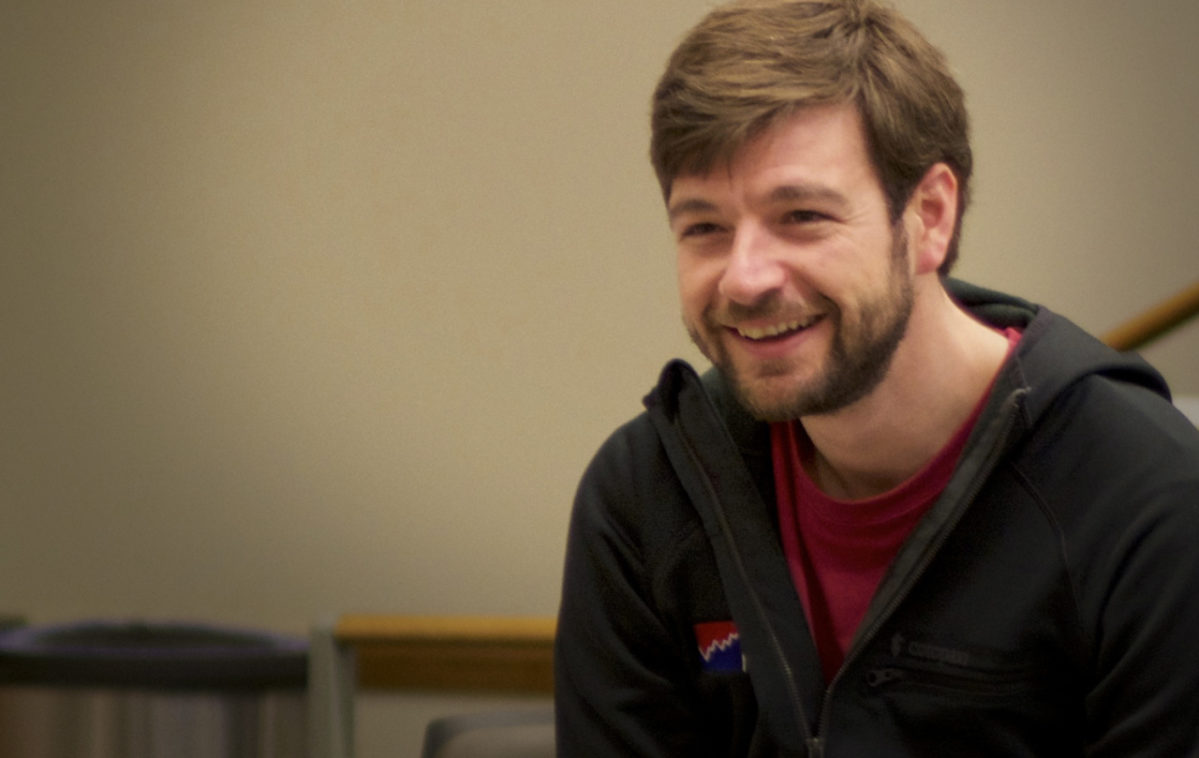 Steve Weiner’s first job was as a nuclear submarine officer. The MBA student spent six years in the U.S. Navy before taking a job at Goldman Sachs the summer before beginning his Wharton MBA.

“I left the Navy on a Friday and I was working at Goldman on a Monday,” Steve says. Despite having very little exposure to finance, at Goldman Sachs he found himself working on Bitcoin, a topic that was new to him and to Goldman as well.

While Bitcoin itself isn’t necessarily his future, exposure to the financial technology sector started him on a new path he didn’t know he wanted to take – toward fintech in general, and then eventually to broader entrepreneurship and social entrepreneurship.

After his immersion in fintech at Goldman, when he showed up at Wharton Steve looked around for those he calls “the Bitcoin and fintech freaks.” He didn’t find a club for them. Then he looked at the major U.S. and international business schools – nothing there either.

“I woke up with this idea. I couldn’t stop thinking about it – I’m going to bring big speakers here, and I’m going to put Wharton on the map for fintech,” Steve says.

On his third day of pre-term, Steve bought the domain name WhartonFintech.org and together with his friend Daniel McAuley, WG16, cofounded Wharton Fintech – the first student-led fintech initiative. Steve and Daniel didn’t know how clubs were typically run, so they went big and ambitious right from the beginning. Wharton Fintech has had a flying start – raising money from industry partners to run a robust slate of programming for more than 200 members. Its initiatives include a popular blog, industry speakers, educational sessions on topics like peer-to-peer lending and personal financial management markets, and Career Treks to top fintech companies in San Francisco and New York.

“We wanted to have an educational component because fintech is pretty new,” Steve says. “We wanted career services because we wanted to help people find jobs.  We wanted to be thought leaders by both supporting the ideas that are out there and creating our own original content.”

Paying It Forward to Other Vets

By throwing himself into fintech, Steve serendipitously found another venture. When his former U.S. Naval Academy roommate Mike Slagh returned from a Navy deployment and was thinking about finding a job, Steve suggested that Mike join the MBA students on a Wharton Fintech Career Trek, even though Mike was still on active military duty.

The group visited 12 fintech companies in San Francisco in two days. After the dust had settled, Mike turned to Steve and said, “We should do this for vets. There’s nothing out there like this.”

Steve and Mike founded VetTechTrek, a nonprofit organization that provides career transition resources and guidance to veterans transitioning from the military. Within six months, they sent more than 150 veterans to 50-plus tech companies and startups in three different cities. But in order to help the 200,000 service members who transition to civilian life each year, they began hosting virtual treks using a public videoconference platform, which has reached more than 10,000 visitors.

“The in-person treks are high touch, but not everyone from the military will have a chance to go,” Steve says. ”As a social entrepreneur, I’m trying to help as many people as I can.”

Next came a partnership with Y Combinator —a startup accelerator that has funded more than 1,000 companies like Airbnb and Dropbox —to power a diversity outreach event in the Bay Area for entrepreneurially minded veterans.

“I didn’t plan to start a foundation for military vets before I came to business school,” Steve says. “When I got to Wharton, I realized that there are 850 people in my class who all have different backgrounds. I want to learn as much as I can from them. I was really a career explorer and that was my mindset.”

It’s a mindset he’s sharing with the military vets he’s reaching with VetTechTrek.

“The military is trying to bridge the gap with Silicon Valley,” he says. “And right now, transitioning from the military is a bunch of guesswork. If you know someone who can help mentor you, great, or you can go to business school.” Otherwise, vets have few opportunities for career exploration, according to Steve. “So we started the foundation to provide other resources for people who were transitioning from the military so they could make good decisions about their careers.”

The treks have taken off, and Steve has been pulled into policy discussions in Washington on diversifying the tech sector and expanding the GI Bill® to be able to apply funds to start a business.

“We’ve been strongly supporting that initiative with petitions and awareness – reformatting the GI Bill®, reimagining the transition program for the military,” he says.

Both Wharton Fintech and VetTechTrek have been unexpected ventures, but those that have pointed him on a clear path, even if it’s a clear path through chaos. “I love finding opportunities within a fractured environment and providing structure to it,” he says.

After Steve’s first internship, he got a job offer from Goldman Sachs. He handed it back. He then carved out time for more internships, working at Google on the electronic payments team over the summer, then testing the startup environment in New York during fall, traveling back and forth from Philadelphia. In addition to building Wharton Fintech, he logged time at Wharton as an investor with Dorm Room Fund, helping fund student ventures on the Penn campus.

He concentrated on clubs and internships, finding going deep rather than broad to be his preferred Wharton experience.

“I didn’t want to leave here as a generalist. I wanted a specialty. I wanted to be known for one or two things, and not necessarily what I came into school for,” he says. “You have to localize the force you’re going to put on something to be able to have a lasting impact. It’s hard if you spread yourself too thin.”

When he recalls his first job as a submarine officer, he says 99 percent of it wasn’t great, but that’s not what stands out. “The good stuff I remember is solving a problem on the ship,” he says. “Like if something was broken and we were out at sea, and we were in an area where we couldn’t communicate because we didn’t want to be detected. It was entrepreneurial – we had to come up with a procedure or the mission would be blown. It was high stakes, and for me it was exciting.”

Whatever is next for Steve, it will be entrepreneurial.

“Rather than having lots of fallbacks, I’m going to work really, really hard at the one or two things that interest me,” he says. “I like being in and around new ventures and starting new businesses. I love starting things. The most exciting thing for me is to create value where it never existed before.”