“The demand was there. There were a few businesses in the health and wellness category that had blossomed and had done very well, which made it seem like the land of cheesesteaks wanted more than just the traditional Philly-known foods.”

“We thought why isn’t there a restaurant that serves a healthy meal like something you’d make at home — a sort of meat-and-potatoes approach to healthy eating?” Amir said.

So they came up with the idea for a fast-casual restaurant that would fill that gap. Although neither had experience in the food industry, they had a shared zeal for health and wellness and the business skills to back it up.

“We felt like the passion is there, the business acumen is there, it’s definitely worth stepping up to the plate and taking a swing,” Amir said. “There was a thesis behind Herban that could really differentiate the business in the ever-competitive landscape of the restaurant world.” 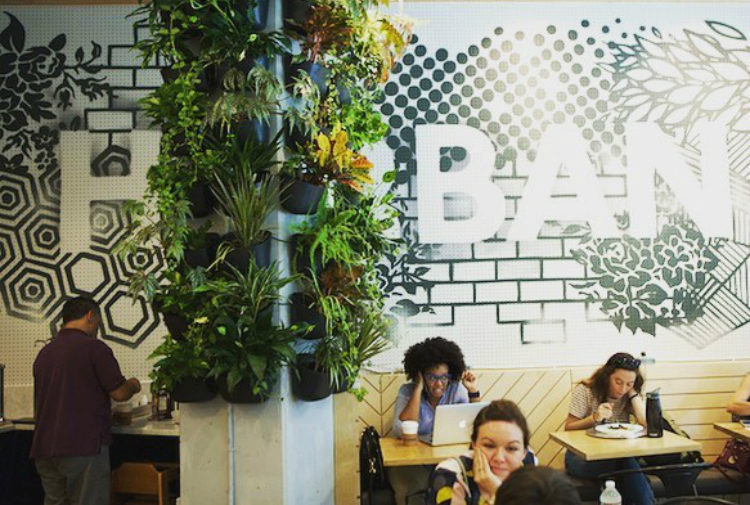 Since opening the doors to their first brick-and-mortar location at 36th and Market Streets in December 2015, Herban has done just that. With its nutritious build-your-own platters, the fast-casual eatery quickly became a popular University City hotspot for students and professionals.

“In a nutshell, it’s home-style food. We have food options that a lot of people can get behind, whether you’re a meat-and-potatoes person or you want organic salads and trendy vegetables and oils,” Kalefe said. “We have all of that in one place at a price point that we think is reasonable and sustainable for people to eat several times a week.”

Kalefe knew he wanted to get into the health and wellness space when he arrived at Wharton, but Amir had hoped to work on Wall Street until he had a eureka moment more than halfway through his second year.

A mutual friend knew they had a shared interest in starting a health and wellness business and suggested they team up. Kalefe and Amir also shared a background in finance and took a business-minded approach to the food industry from the start.

First up: feasibility and research.

It’s difficult to pinpoint the precise failure rate for startups in the food industry, but according to Amir’s calculations, it is roughly 65 percent in the first three years — compared to the tech world where it’s more than 70 percent in the first two to three years. “So it’s not like the odds are against us, and if anything, you have far fewer Ivy League graduates going into this field,” he said.

To make up for their lack of hands-on experience in the restaurant world, Amir and Kalefe went to work at Chipotle and Shake Shack. “I wanted to show people that I was serious about this. I wanted them to know it’s not just a 15-minute idea,” Amir said. “I also wanted to understand if this is something I can do day in and day out.”

They also tested a beta version of their business. While a sit-down space was always the end goal, Amir and Kalefe started out with a delivery and catering business in fall 2014. They took orders online through their website and delivered primarily to college students in the area.

Renting a shared kitchen space at the Dorrance H. Hamilton Center for Culinary Enterprises at 48th and Spruce Streets, they hired a crew of kitchen workers to make the food and a team of bikers to deliver it.

Herban 1.0 allowed them to test the concept, identify which menu items worked, build up a customer base, and determine which elements of the brand resonated with customers. It also gave them a chance to expand their network.

“It’s integral when you start any business to make sure you have relationships to help grow that business. A lot of people just focus on the idea — the idea is only so much,” Amir said. “What you make of it is dependent on how hard you push and how big a team you have to push with you.”

Wharton provided a built-in network of professors, classmates, and Penn-affiliated investors who could put them in touch with the right people.

“You have this huge entrepreneurial network — our instructors made introductions for us to people in food, real estate, retail advisors, investors, and that’s been priceless so far,” Kalefe said.

A friends and family fundraiser helped Amir and Kalefe to raise the capital to open their first Herban store. They had considered other major metropolitan areas for their flagship location, but in terms of opportunity and a place where they could best leverage their resources, Philadelphia was the clear winner.

“The demand was there,” Amir said. “There were a few businesses in the health and wellness category that had blossomed and had done very well, which made it seem like the land of cheesesteaks wanted more than just the traditional Philly-known foods.”

Plus, they had already established a local network and a strong knowledge base of the commercial landscape and real estate.

“Ultimately Philly was really attractive because we had connections to Penn and beyond, and it’s an up-and-coming food city,” Kalefe said. “Compared to New York and Washington DC, real estate is more reasonable here, and there’s a lower supply of health and wellness restaurants, which gives us an advantage.”

Coming from a finance background, Amir and Kalefe had to acquire a whole new skill set in management and operations. “I think what is attractive and challenging about running a restaurant enterprise is that it calls on understanding of every facet of what you learn in business school,” Amir said.

In particular, their analytical rigor combined with an understanding of operations and supply chain came in handy in terms of calculating price, yield, waste, and their bottom line. “That’s evermore difficult in the restaurant world because we have perishable goods that only have a shelf life of a few days, especially the way we make our food, without any preservatives,” Amir said. 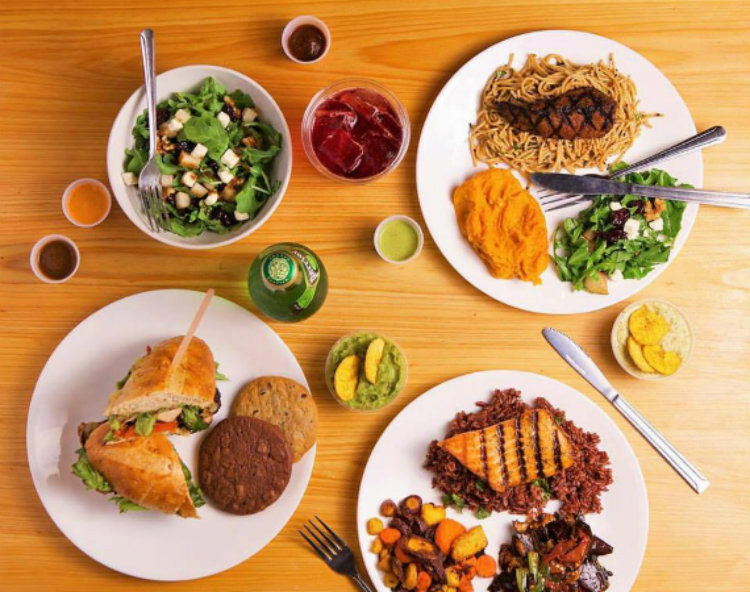 The shift in the food market has also been a major boon for Herban — consumers are now willing to pay more for food and the supply chain has changed dramatically as well.

“There have been some food pioneers on a big scale who have helped pave the way to help make clean eating popular,” Kalefe said. “Those companies and organizations have made natural foods more readily available and have brought the price down too because they’re getting so popular.”

They have made it possible for the Herban co-owners to find vendors who can supply very high-quality ingredients at a reasonable price that allows them to keep their prices low while still making some profit.

“Free-range, hormone-free, antibiotic-free chicken was very, very scarce, very novel, and probably had more opponents than it did proponents 15 years ago. But now, at least in Philadelphia, it’s readily available,” Amir said.

That’s another benefit of the City of Brotherly Love — it gives Herban access to a flourishing local supply of farm-fresh ingredients . They’re able to source from a number of local farms in Pennsylvania, including Heritage Farm in West Philadelphia, which supplies many of their seasonal greens.

All of Herban’s meals must meet three pillars of nutrition: natural, nutrient-dense, and thoughtfully prepared. If there’s an ingredient or an item that doesn’t meet those guidelines, they won’t use it.

Keeping healthy food options affordable and accessible is another key component of their business philosophy. There are certain menu items they’d like to have from a culinary standpoint, but the cost would force them to raise their prices — so they don’t. Cutting waste and increasing efficiency in the kitchen helps to keep costs down.

“We were pretty meticulous in our pricing, in our strategy, to make sure that we can hit a price point that’s affordable to the consumer,” Amir said. “You’re getting a base, a protein, two side dishes, and a sauce, and everything’s very artisanally crafted.”

Now that they have a successful year under their belt at their first store, their goal is to scale this into a business that will span across the entire country one day.

“Maybe one of the biggest benefits Wharton gave me is the perspective that pursuing your passion is doable. Being in that environment for two years gave me the confidence to do this,” Kalefe said.

“At the end of the day, it’s a big puzzle. You have real estate, food, people, management, marketing — all these things jumbled together make a restaurant. So how do we get all these pieces to fit together? It’s a fascinating puzzle to try to solve every day, and it’s a fun business to grow.”

Kalefe and Amir recently talked about Herban’s beginnings and business philosophy in an episode of LaunchPad with Vice Dean of Innovation & Entrepreneurship Karl Ulrich. Listen to the podcast here.