Sushma Taranal, WG’20, said, “This education opens doors internationally, and I have the knowledge, network, and confidence to be a leader anywhere.”

Sushma Taranal, WG’20, started her career in technology consulting in India before moving with her husband to Denmark, where she joined A.P. Moller Maersk. Starting out in the Technology Department, she soon moved to the HR Technology and then HR Transformation teams. As she moved up the ladder, she started to see gaps in her business knowledge and decided to get an MBA.

“I wanted a formal business education to broaden my knowledge and be able to understand business better. This would expand the scope of opportunities that I could seek and add value to,” she explained.

At first, Sushma considered both full-time and EMBA programs. However, she didn’t want to leave her job and wanted to be part of a cohort of mid career professionals, which narrowed her options to executive MBA programs. She said, “When I looked at the best EMBA programs, Wharton was clearly at the top. It is the only EMBA option that is not watered down and gives students the full MBA experience.”

Taking a “Leap of Faith” with the Commute

As for the commute, Sushma wasn’t going to let that one factor keep her from applying to the best program, although it was “daunting.” She explained, “It was going to be 12 hours each way because there was no direct flight from Copenhagen to Philadelphia. I took a leap of faith that I could sustain that commute for two years.”

After the first semester at Wharton, Sushma applied for a director role within Maersk and was offered the job. She said, “The role involved bigger responsibility and scope, and I was able to bring my Wharton learnings to my workplace literally on Monday mornings. This helped me immensely and kept my motivation going.”

She also found some benefits to commuting. “I left Copenhagen on Thursday mornings, which gave me a full day to transition from work to student life. I did schoolwork on the flight and mentally prepared for classes. I landed in Philadelphia around 6:00pm, so I was ready for Friday morning classes. Going home, I took a 6:00pm flight on Saturdays, which got me home on Sunday afternoons. Jet lag was the biggest challenge, but that became easier once I learned how to manage it.”

Another early concern was self sponsorship. Sushma’s company gave her time off to attend Wharton, but she paid her own tuition as well as commuting costs. After doing some research, she discovered that she could get an abatement on her taxes in Denmark from tuition fees.

She explained, “Taxes are high in Scandinavia, but the rules allow you to save taxes in this part of the world when you make investment in education. This helped ease the financial commitment. It was still a big investment, but I don’t regret it because the benefits are unparalleled.”

Sushma said, “If I was going to invest in one thing in my career, this was at the top of the list because of the great education and cohort of students who enhance your learning and network. I couldn’t replicate the Wharton experience anywhere else.”

As for career impact, she noted that it has continued since her promotion at the start of the program. “During school, my job became significantly bigger in scope. Data-driven decision-making and leadership were critical skills in my job. In addition to applying knowledge from classes, I also took advantage of the free executive coaching available to EMBA students at Wharton,” she recalled.

Sushma added, “My Wharton MBA will be valuable no matter where I live and work in the world. This education opens doors internationally, and I have the knowledge, network, and confidence to be a leader anywhere.” 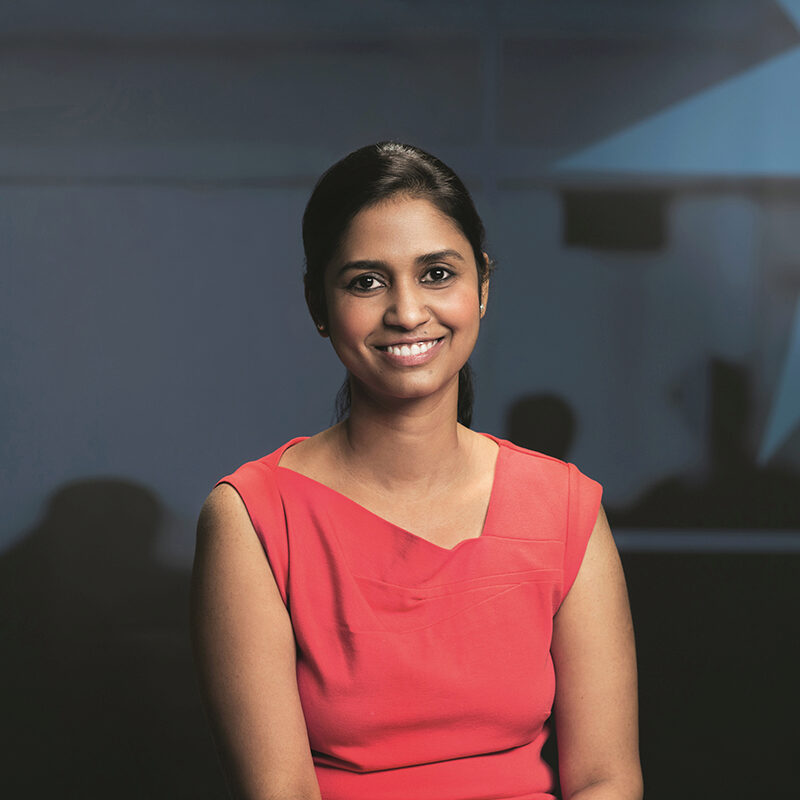 Based In
Copenhagen, Denmark

Prior Education
University of Mumbai, Bachelor of Engineering in Computer Science