Natalia Villarman, WG’20, discusses her transition from working as an elementary school teacher to a career in talent strategy.

Natalia Villarman, WG’20, followed a unique path to Wharton’s MBA program. After college, she became an elementary school teacher, then transitioned to a recruitment role with Teach for America, and later pursued talent acquisition and strategy in the tech industry.

That interest led her to join Facebook as a Diversity Initiatives University Recruiter. In that role, Natalia decided to broaden her expertise beyond recruitment to talent strategy.

“I was in the recruiting space, thinking about what it looks like to be strategic about hiring underrepresented talent, but hiring is just a very small part of that whole equation. It’s also making sure that people feel like they can contribute fully when they’re in your workplace, making sure we are retaining talent, and developing people. There’s so much about helping people fully contribute to their workplaces and making sure they feel like they belong there, so I wanted to get an MBA to broaden that — to get beyond recruitment and think more about talent,” she said.

From Education To Tech

As a second-grade teacher working for Teach for America in Brooklyn, Natalia witnessed the lack of diversity first-hand. When a role on Teach For America’s recruitment staff opened up, she jumped at the chance to join.

“I learned that they were interested in increasing diversity within their Teach for America corps. I was one hundred percent interested in making sure that more students were able to have that kind of representation,” she said.

Eventually, she left the nonprofit sector to take on similar challenges in the technology space.

“I started volunteering with a couple of different nonprofits and helping them with their strategies around hiring and decided it would be really cool to see what that’s like within the realm of tech, which is a space that has been historically struggling with diversity and inclusion,” she said.

“I recognized that some of the broader interests I had in seeing a more diverse teacher workforce actually came from recognizing how talent strategy is an important part of any organization — not just thinking about hiring, but also thinking about how diversity and inclusion play a role in retention or the way people are able to be productive contributors to their experiences in their companies.”

Natalia’s experience in front of the classroom gives her a few advantages in business school.

“There are certain skills that I can bring to a team or classroom situation, that maybe I wouldn’t have if I weren’t a teacher beforehand. For example, I had to memorize a lot of lesson plans as a teacher, so I feel very relaxed when giving a speech in front of a group as opposed to some of my peers, who maybe have never done that before. Now, I’m just refining that even more and learning how to respond better to hard questions.”

Teaching second-graders also trained her to handle group dynamics at the MBA level. 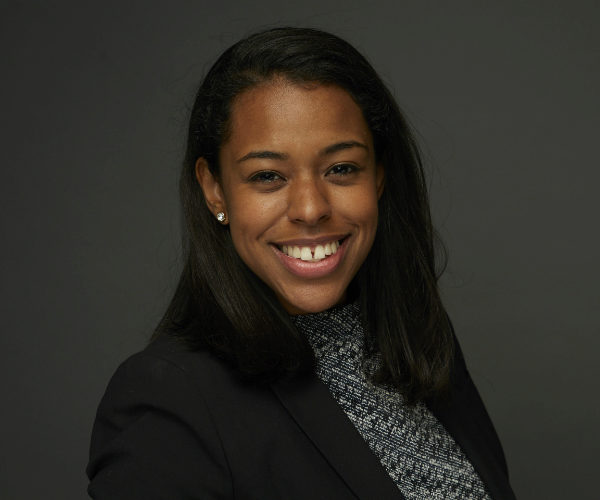