“In a world of fake news, alternative facts, ‘truthiness,’ where the currency seems to be ever more outrage, what we all want to do is to be Wharton. That means to be authoritative, to be analytical, and to back up opinions with facts and analysis.”

On Tuesday, January 31, an audience of students, faculty, and community members crowded into Annenberg Center’s Zellerbach Theater to hear a panel of distinguished Wharton professors discuss the potential impact of President Trump’s financial policies on the domestic and global economy. It was the first time Wharton faculty have commented on the new administration’s policies. This panel is part of the Tarnopol Lecture Series.

Geoffrey Garrett, Dean of the Wharton School and the talk’s moderator, opened with a nod to the potential for polarization inherent in the current political climate. “I think it’s important to note that there’s tremendous noise having to do with the incoming administration right now,” he began. “Our goal here today is to cut through that noise and get to the signal. What is the administration likely to do and what are the consequences of those acts?”

“In a world of fake news, alternative facts, ‘truthiness,’ where the currency seems to be ever more outrage, what we all want to do is to be Wharton. That means to be authoritative, to be analytical, and to back up opinions with facts and analysis,” he said. 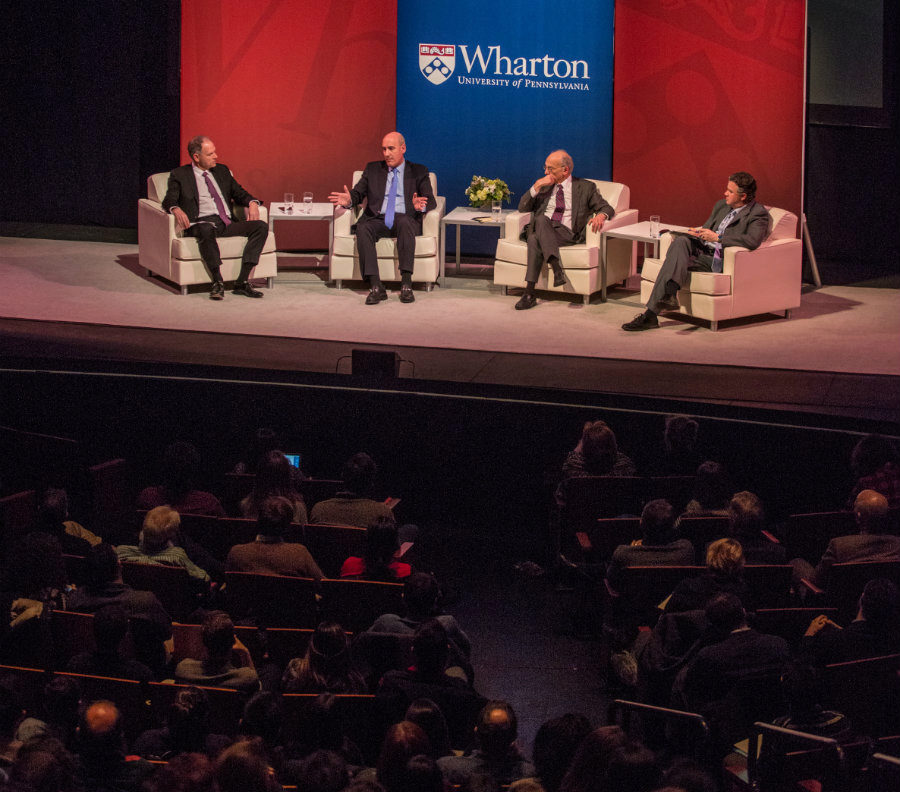 Dean Garrett was joined by Professor of Management and Director of the Joseph H. Lauder Institute, Mauro Guillen, an expert on globalization and multinational management; Jeremy Siegel, the Russell E. Palmer Professor of Finance, an expert on macroeconomics and market analysis; and Boettner Professor of Business Economics and Public Policy, Kent Smetters, the former Deputy Assistant Secretary of the U.S. Department of the Treasury.

The Market Surges. Will It Hold?

Siegel took Dean Garrett’s first question: “Why do the markets like Trump?” On January 25, seemingly in response to Trump’s inauguration, the DOW broke 20,000 for the first time in history.

Siegel proposed three factors to account for the surge: “Investors and businesses very much like the Republican agenda. Notice, I didn’t say the Trump agenda,” he said. “Why do they like the Republican agenda? Lower corporate taxes, less regulation, lower taxes on interest and dividend income. All that is very, very good for investors.” He speculated that if lower taxes and deregulation come to pass, the markets could enjoy significant gains.

“If there is a significant corporate tax cut — and most people expect there to be one — that could add 10 percent to earnings in and of itself,” he said. “In addition, you have a cutback in regulations, which is something again that both investors and businesses want, that could be another boost that some people say could be worth 10 percent.”

Protectionism in a Global Economy

Less promising, Siegel noted, was the White House’s stance on trade. “What the market doesn’t like is most of the Trump agenda that is not part of the Republican agenda: clearly, big tariffs on imports, such moves as restricting immigration in a significant way, currency wars… If there is a trade war, the market would react extremely negatively. We’d be down 10 to 15 percent.”

The question of the new administration’s relationship to international trade segued into a broader consideration of globalism’s future in light of the shift toward protectionist policies they have promised. The Dean noted that whether protectionism will help or hurt the economy depends on where you look. 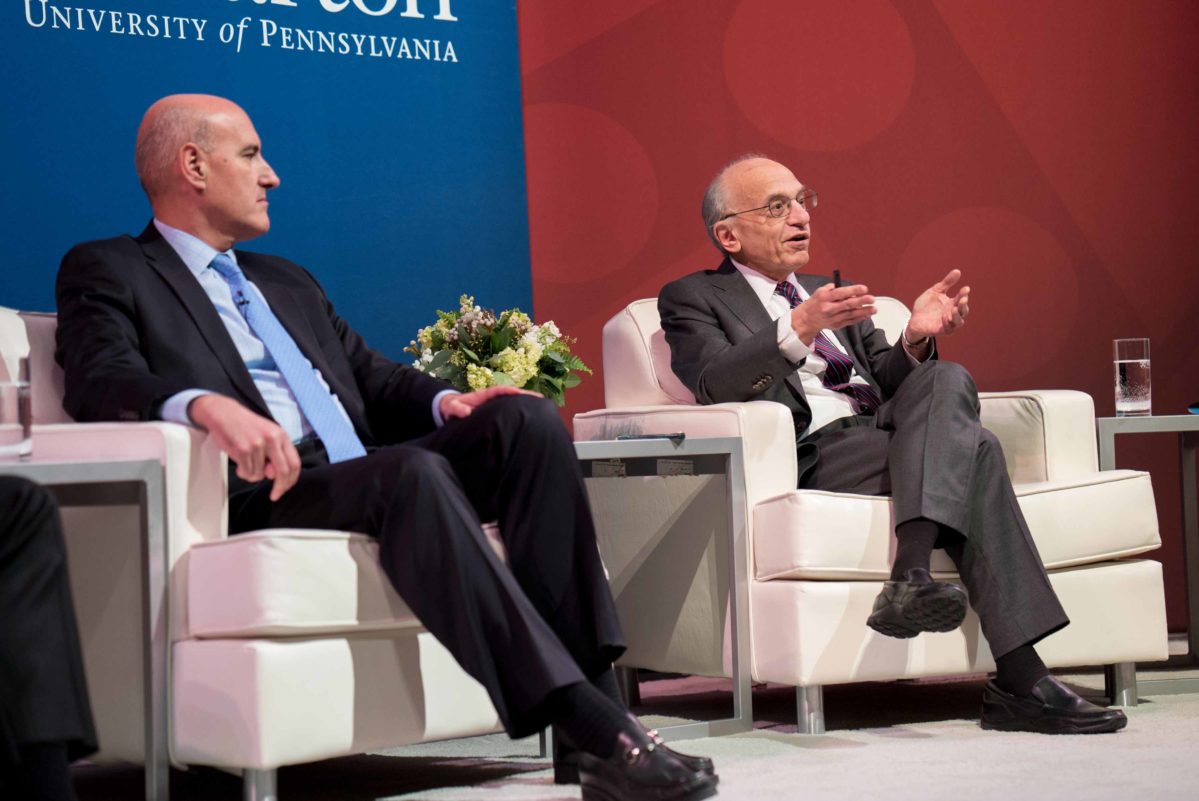 “We have to consider the distributive effects,” he explained. Consumers, for instance, will lose out if the White House imposes tariffs on imports, facing higher prices at retailers that import foreign products. On the other hand, those same tariffs could prove a major win for domestic manufacturing.

Siegel suggested that protectionist policies would indeed be a boon for domestic manufacturing in the short term but was more skeptical about the long-term benefits. Siegel also noted, however, that Trump might look to tariffs as a stepping stone to better trade deals, which would be a significant gain for both domestic consumers and producers.

As Siegel put it: “What Trump is saying is, we let their goods in, but they don’t let our goods in. Or they put much more restrictions on our exports than we do on their exports. It is true if we get those countries to accept more of our exports, actually both of us would be better off.” In terms of taxes, Siegel noted that domestic retailers like Walmart have lobbied strongly against the possibility of border adjustment taxes. “Anything that’s produced here that has a world market, big winner; anything that’s a big importer, such as Walmart, huge loser.”

Smetters complicated the discussion further, arguing that with the administration’s border adjustment tax plan, the economy is “stimulated in the short run, but massive debt accumulates over time and slows the economy.”

Smetters also cautioned that protectionist policies could make companies lazy. “We all used to know the Big 3 — Chrysler, Ford, and GM. Protectionist policies disincentivized innovation in the domestic automobile industry. Then the Japanese manufacturers started producing cars that outperformed ours.”

The fate of the European Union also came up. To Dean Garrett and Mauro Guillen, the prospect of disintegration seemed highly likely. Siegel, however, offered a hardline prognostication. “After Brexit, no one’s leaving the EU,” he said. “If Greece didn’t leave the euro, no one’s leaving the euro.”

On the topic of labor, the panel noted that workers could win big if tariffs incentivize manufacturers to return to the U.S. But as Siegel pointed out, that might not be the case. “If we impose protectionist taxes on Mexico, we’d still have to deal with imports from China. It wouldn’t necessarily force producers to come back,” he said.

Immigration restrictions and deportation, two labor policy proposals floated frequently by the President during his campaign, also came up. Smetters, drawing on his studies with the Penn Wharton Budget Model, argued that the jobs done by undocumented immigrants would not likely be taken up by legal residents. 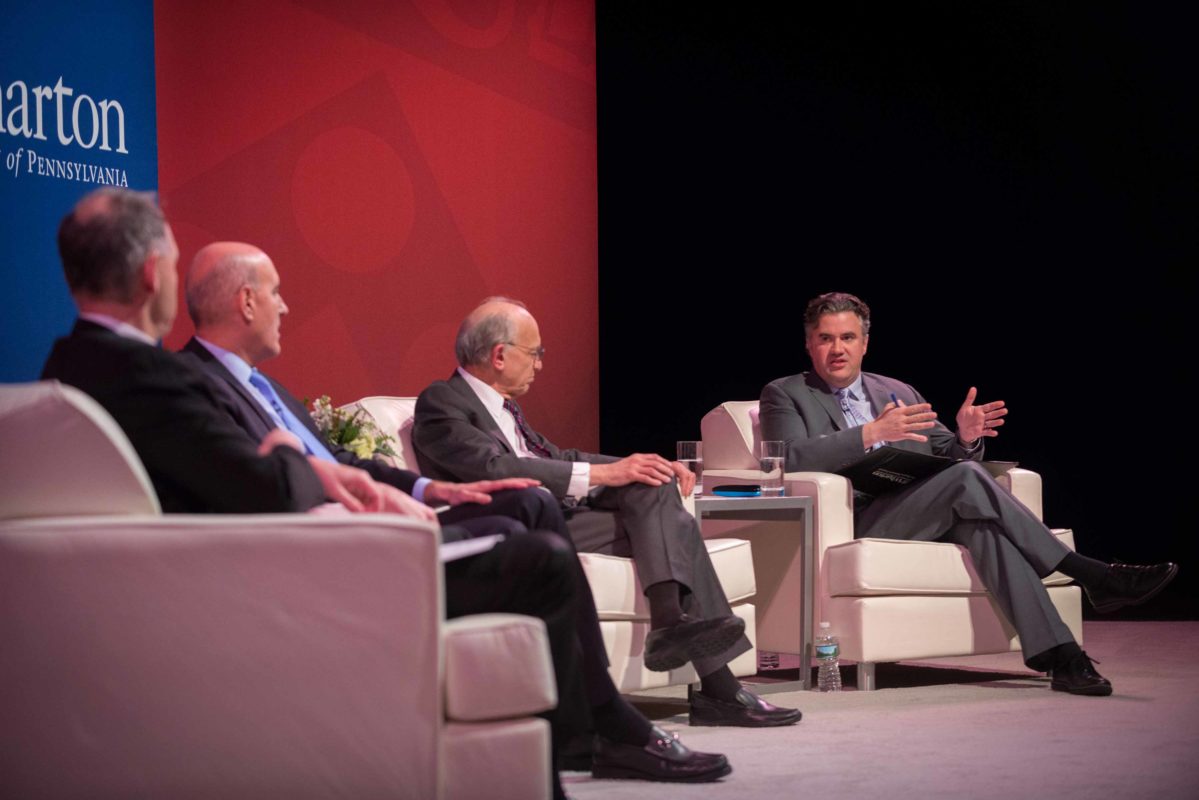 While undocumented workers do consume social services, Smetters went to explain that contrary to popular opinion, they also pay taxes in the form of sales tax and income tax (in the case of non-citizens who have a social security number). Guillen said immigration overall drives innovation, noting that roughly 24 percent of all tech ventures in the U.S. launched in the past two decades were founded by immigrants.

In the midst of a discussion that had delved into the arcanery of tax reform alongside complex geopolitical considerations, Guillen offered a big-picture approach. “We need to ask the question, ‘What is Trump trying to achieve with these policies? What is the end goal and is this the best way of achieving it?’” 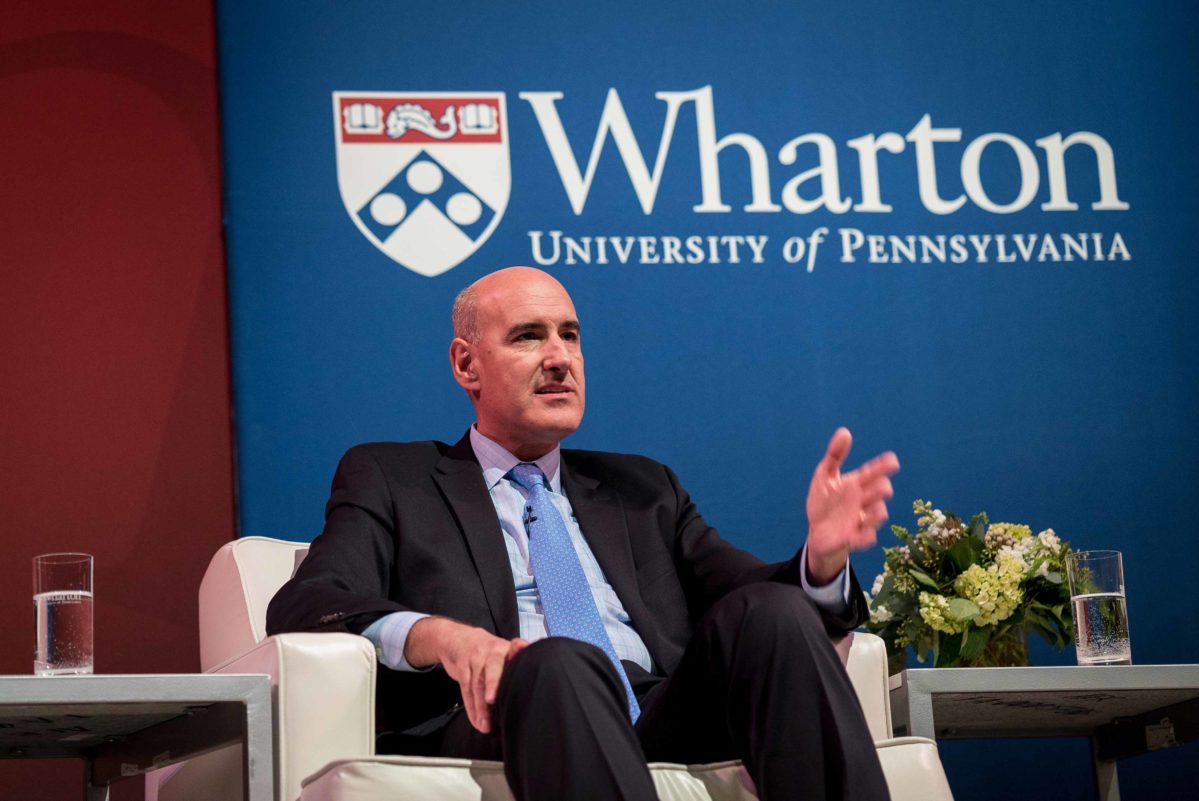 Guillen’s long-term perspective came in response to an emergent consensus among the professors on the immediate impact of the administration’s policies: uncertainty. The Dean concluded the talk by acknowledging Wharton — its education and its research — were more valuable than ever in uncertain times.

For highlights from the Tarnopol Lecture, check out our YouTube playlist to view clips of the speakers and the Dean.

Professor of Management and Director of the Joseph H. Lauder Institute, an expert on globalization and multinational management

The Russell E. Palmer Professor of Finance, an expert on macroeconomics and market analysis

The Boettner Professor of Business Economics and Public Policy, an expert on tax policy and risk management