When San Francisco student Chad Liu helped welcome the East Coast EMBA class to the West Coast campus for Marketing Week, he strengthened his connections to the second network of classmates he interacts with as part of Wharton’s bicoastal program.

Commuting to Wharton’s MBA Program for Executives from Houston, TX, Chad Liu, WG’19, had his choice of two campuses: San Francisco or Philadelphia. Chad, who works in corporate development at energy consultant QRI, chose San Francisco to gain exposure to the region’s ecosystem of innovation and technology.

The bicoastal aspect of the program made it all the more attractive. “I also came here to build connections, and having two campuses meant I could double my network,” he said.

While first-year students take classes on their home campus, there are several opportunities for students from each coast to connect:

Orientation on the East Coast

Orientation is held on the Philadelphia campus, where students from both coasts spend their first week of school learning the ropes together.

Each spring, the entire first-year East Coast class comes to the San Francisco campus for a week-long combined course on Strategic Marketing, which features a simulation game competition. Chad explained, “Each day began with a lecture before we applied that learning to make marketing decisions for our team in the simulation. The next day, we got the results of our decisions before moving to the next part of the simulation. We were competing with other teams to see who sold more of a digital device and made the most profits.”

Marketing Week in San Francisco was also full of social activities. As social chair, Chad organized a weekend trip to Napa, where students visited wineries and enjoyed group dinners. “It was a great way to get to know each other before starting the Marketing class,” he said. Back in San Francisco, students could participate in more activities throughout the week, including a baseball game, group dinners, karaoke, casino night, and a cocktail party in Silicon Valley. “This combined class week was a lot of fun. We knew we had limited time together so we made the most of it during the week,” said Chad.

Second-Year Classes on Either Coast

During the second year of the program, students have the option of taking classes or even spending an entire term on the other campus. In addition to the benefit of additional elective choices, Chad noted that this “is great opportunity to extend your network in either space.”

EMBA students from both coasts can participate in outdoor, experiential-based Leadership Ventures that provide genuine environments of uncertainty and challenge.

Students also can take GMCs, which are week-long mini-courses on business challenges and opportunities around the world. The GMCs are open to EMBA students from both years of the program and both coasts as well as full-time MBA students.

In addition, all second-year EMBA students participate in Global Business Week, which is based on the GMC model. Students choose from four locations, spending the week with students from both coasts.

“Wharton students are amazing people and a lot of fun. I’m enjoying meeting students from both coasts, and I’m looking forward to taking a class on the East Coast in my second year as well as Global Business Week. Having two campuses adds a lot of value to this program” said Chad. 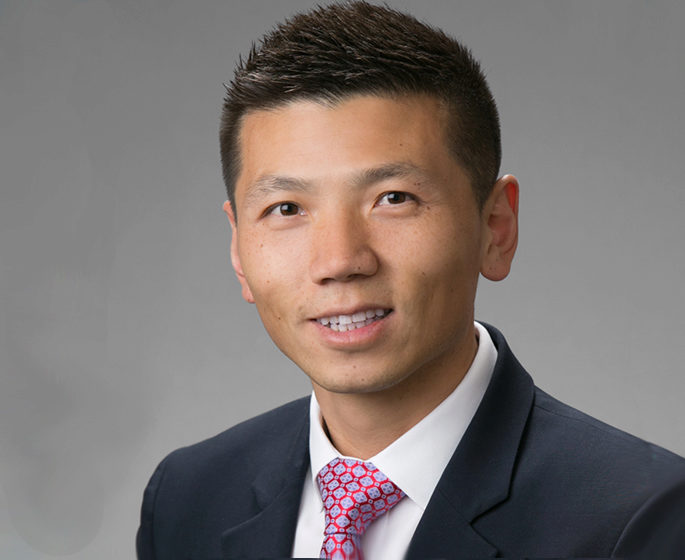 What Chad Learned During Marketing Week

In addition to bonding with classmates, Chad had several “aha” learning moments during the combined Marketing Strategy class.

First, he saw how marketing is quantitative. “I previously thought of marketing as more intuitive, but when you compete in this simulation you see how analytical decisions matter. If you spend $1 million on advertising and another team spends $2 million, then you will have less market awareness and that will impact sales.”

Second, he learned the importance of staying competitive. “When we began, teams could opt to design and launch a new product or focus on existing products. My team took the new product option, thinking we could win a new market. However, the reality was that we were giving away our current market share on existing products because we were spending a lot of money and time on R&D for the new product. We overproduced and the market did not respond. The lesson learned was to never let go of your competitive advantage.”

Chad adds, “It is a well-designed and detailed simulation with many choices to make throughout the week. After we finished, we had a great hands-on sense of what is involved in marketing.”