Tala Al Jabri, WG’18, came to Wharton so she could create financial opportunity in the Middle East. When she attended the Future Investment Initiative, she found doors already opening. Here’s her story.

I came to the Wharton School because I want to promote the financial inclusion of women in Saudi Arabia, my home country, and more broadly in the Middle East and Africa.

With a year and a half into the program, the School has been invaluable in providing me a wealth of experiences – from Wharton Impact Investing Partners where I had my first-hand in impact investing to courses such as PE in Emerging Markets that have allowed me to practice fund structuring. Even more, Wharton has attracted leaders in nearly every field of business, extending me the opportunity to refine my concept with such thought leaders as Suzanne Biegal, one of the world’s foremost gender-lens investors and Professor Christopher Geczy, a world-renowned authority on impact.

Who knew one could gain so much in a year? To anyone at Wharton, this is unlikely to come as much of a surprise.

Wharton, in a nutshell, opens doors that you may not have thought were possible. Today, I want to talk about one of these doors of opportunity.

In October, I took part in the World’s most important gathering in 2017 of investors, The Future Investment Initiative.

Below I share my most memorable moments of the conference. 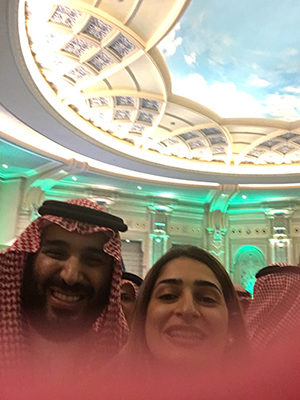 I witnessed first-hand HRH Prince Mohammed Bin Salman’s speech in which he passionately proclaimed “I am one of 20 million people, I am nothing without them […] and I am the least and weakest example of them all”. Put simply, this was easily the most profound moment of all. His words echoed loudly throughout the Kingdom and the World.

Later, I had the opportunity to meet HRH Prince Mohammed Bin Salman at Saudi Arabia’s cultural night where we were received by a welcoming crowd and a Saudi band playing traditional Saudi Music. Too bad I am ill-trained at taking selfies.

I have had the good fortune of seeing Christine Lagarde speak not once, not twice, but three times over the past year. Her participation on the opening panel, titled “The Big Shift: What New Frameworks Are Needed to Understand The Future?” was perhaps the most striking.

First to speak, Ms. Lagarde was flawless in her delivery of the two biggest issues of our time. She proclaimed that first we must address the inequality between men and women and second, we must tackle climate change. As always, Lagarde kept it real.

Later when I spoke to her about my promotion of a gender-lens investing ecosystem, she encouraged me to “come visit the IMF.” Christine, I will most definitely be taking you up on that offer!

This alone is worthy of the hashtag #OnlyInSaudiArabia.

I am speaking of course of Travis Kalanick, Mudassir Sheikha and Dara Khosrowshahi. While my meeting with Dara had been planned, I met Mudassir and Travis by sheer coincidence.

I spoke one-on-one with Travis, former CEO at Uber, about women. He explained to me that he was very proud that female Uber drivers in the US represented 35% of the total Uber driver population, the highest of any market. On Saudi Arabia, he expressed excitement for the changes to come for women in the country.

I found Mudassir outside the conference’s entrance fraternizing with several of the valet staff. Being an avid fan of Careem, I quickly introduced myself. I recalled to him the early days when I had heard he left McKinsey to co-found his company. Who would have thought it would become one of a have one of a handful of unicorns to emerge in the region?

Later in the evening, I was joined by a group of fellow Saudi women at Uber’s offices in Riyadh to provide Dara insights on how Uber can meet women’s needs in the Kingdom. His passion and commitment to catering to the needs of Saudi women felt genuine and thoughtful. Take for example Uber‘s quick response to engage female drivers once it learned about the overturn to the driving ban.

Even more unexpected… this meeting landed me in the New York Times’s dealbook. Thanks Dara! 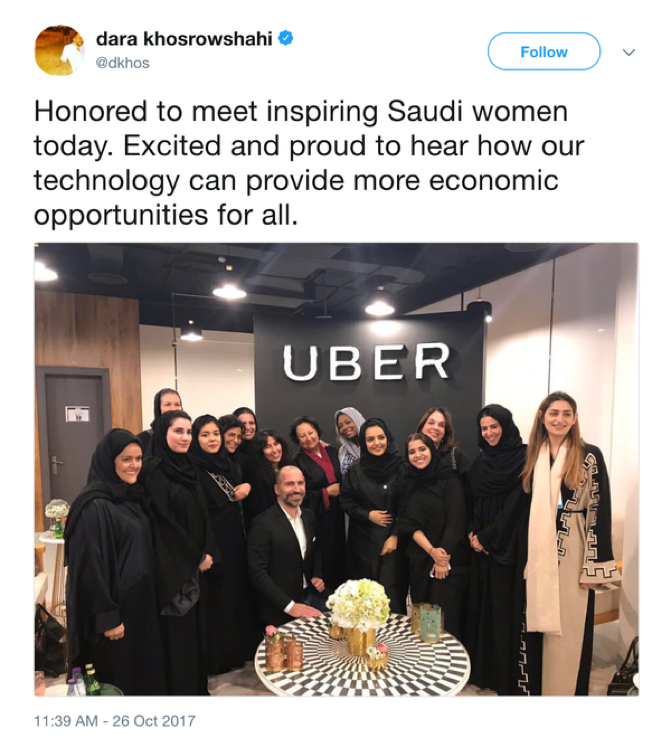 Hanging out with old and new friends

The conference brought the most celebrated thought leaders and influencers in the world of finance, technology and media.

It came as no surprise, then, that I ran into so many alumni from The Wharton School, including Shiv Khemka, a board member of the School.

Indeed, Wharton alumni came from different corners of the World to attend the conference, including the US, the Middle East, Europe and Latin America. In an ode to the University’s hyper social culture, Jason Breemen and I couldn’t help but organize a “meet-up” at the conference. #WhartonProud is right. 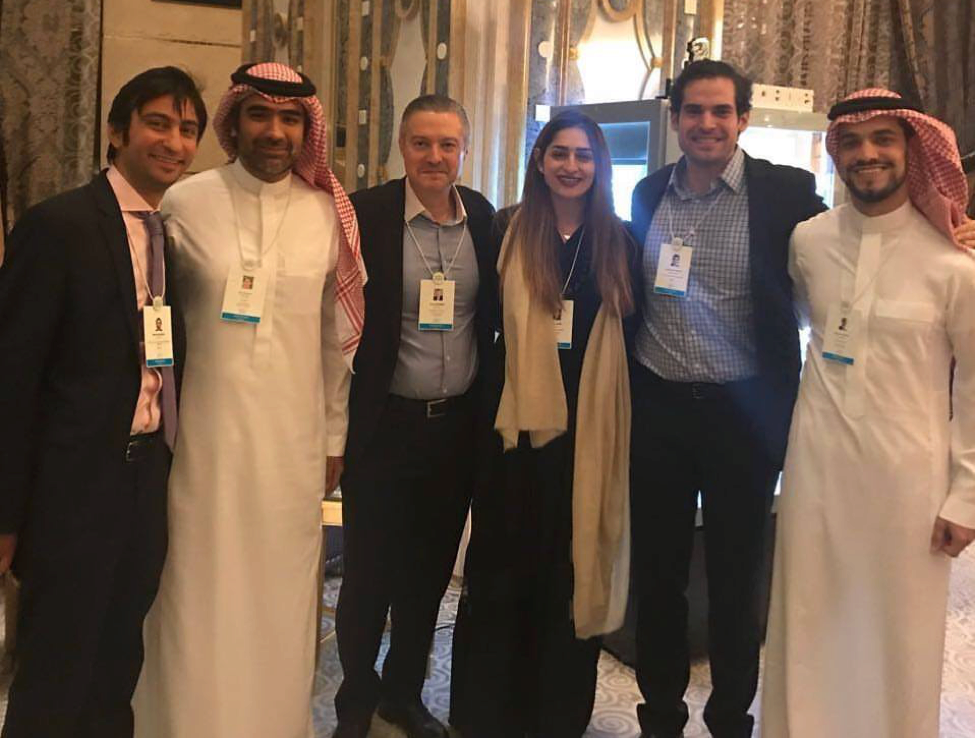