“The most important right we have is the right to be responsible,” said Patagonia’s Director of Philosophy Vincent Stanley, quoting environmentalist Gerald Amos. In a fireside chat with Bobby Turner, W’84, CEO of Turner Impact Capital and host of the Turner Social Impact Executive Speaker Series, Stanley stressed the importance of running a responsible business.

“Patagonia is in business to save our home planet,” reads the company’s purpose statement. The business grew out of a small climbing equipment company founded by Yvon Chouinard in the late 1950s. In his talk, Vincent Stanley argued that Patagonia’s roots as an outdoor equipment provider were the basis of their responsible philosophy, saying, “(The) company was very much a purpose-driven company. We knew that our customers were trusting their lives with the quality of our gear.” 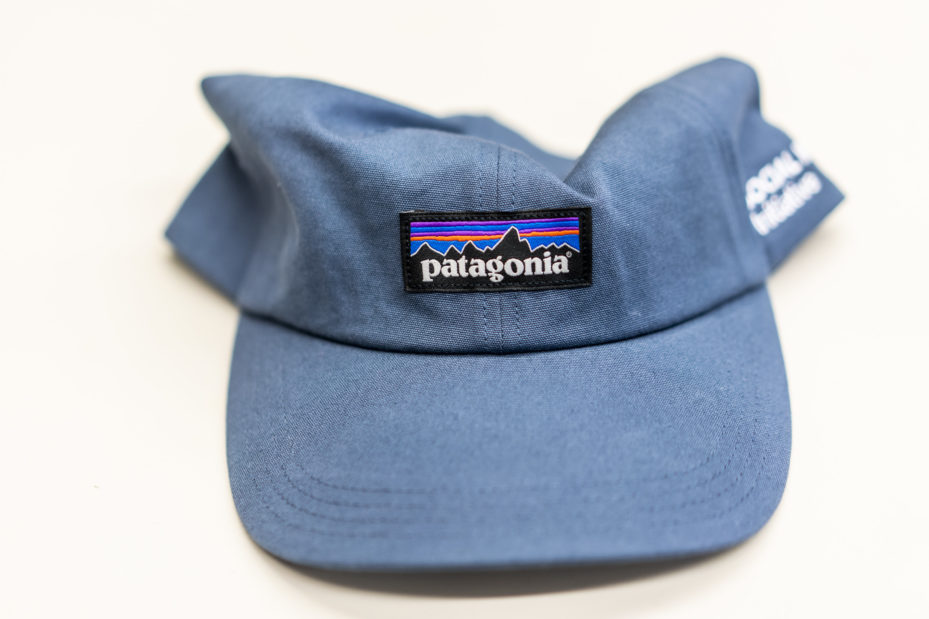 Chouinard first made a name for his climbing equipment company by developing aluminum chockstones that minimized the environmental impact of rock climbing. In order to make this change to “clean climbing,” Chouinard had to sacrifice the production of steel pitons that comprised 70% of the company’s income. Although this change hurt profits in the short run, Stanley stated that this transition ultimately revolutionized rock climbing and boosted their brand image.

Throughout his talk, Stanley emphasized the importance of responsible business over sustainable business. He said, “We’re not a sustainable company, and that is because we understand that in making apparel, we are basically extracting. So in spite of all that we do and all that we’ve learned how to do, we’re taking more from the planet than we (give).”

However, Patagonia still strives to be responsible in their production and give back to communities. The company donates 1% of its sales to small grassroots organizations looking to help the environment, and calls this giving a “cost of doing business.” Other initiatives include Patagonia Provisions, which provides customers with organic and sustainably-produced food, and the Worn Wear program, which encourages customers to buy used Patagonia products.

Stanley also expressed hope that the state of business is changing. The Business Roundtable, an association of CEOs from major U.S. companies including Apple and JP Morgan, announced in August 2019 that it will no longer uphold shareholder primacy, economist Milton Friedman’s philosophy that the purpose of the corporation is to maximize shareholder returns. Instead, the association redefined the purpose of the corporation as promoting an economy that serves all Americans. “By all accounts today, corporations are awakening to the realization that their reputations are at great risk, given the transparency of social media,” said Stanley. “Today, shopping is a form of activism.”

Joey Panganiban, C’21, a student in Prof. Deborah Small’s Marketing for Social Impact class, said that she learned that “CSR is not a one-time thing and that companies should strive to do more.” Biruk Tibebe, C’21 said she learned that for businesses to become more responsible, “It’s very important for your brand image to have your actions clearly reflect your company’s said values so as to not create any mental dissonance.”

When asked whether he was optimistic about corporations changing, Stanley stated that we all must make a change to see real results. “Business is not static,” Stanley said. Whether you are an executive at Patagonia or a Wharton student learning about social impact, you can be proactive about solving environmental issues and promoting the causes you care about.

To hear more from Vincent Stanley, listen to this podcast to hear his advice for those seeking an impactful career.

Our mission is to build the evidence, talent, and community to advance business solutions for a better world. To develop the talent for tomorrow’s social impact, our programs give students the skills and training opportunities to effect smart and savvy change through business.

This series challenges assumptions through candid interviews and discussion with celebrities and leaders who are using their resources and influence, as well as their creativity and passion, to make an impact on important social issues.