MBA Student on How the Core Curriculum Helps Career Switchers

“My goal for my first year was to build a business foundation while sampling various career paths.”

David Franco spent five years before coming to Wharton as a national security analyst, but he wanted to make a post-MBA switch into management consulting.

“My goal for my first year was to build a business foundation while sampling various career paths,” said Dave, a second-year MBA student from New York state. “I opted for the full class for fixed core subjects in which I had little or no background, such as the more comprehensive ACCT 611 instead of ACCT 612. I then narrowed down my interests in the flex core.”

He took the half semester course for finance, because he’s less interested in that industry, and selected the classroom-based version of MKTG 612, because the marketing class in the fixed core.

At the same time, he gained real-world experience as a part-time consultant at the Wharton Business Development Center. “Prior to Wharton, my wife and I owned a spa in San Francisco, where we probably made every small-business mistake imaginable because we didn’t know what we were doing,” he said. “I wanted to apply my new knowledge at the center to help other small businesses avoid the mistakes we made.”

One of his clients was NextFab, a membership-based high-tech manufacturing center in Philadelphia.

“NextFab is trying to increase the sense of community and more specifically, to increase membership and duration,” he said. “I used concepts I learned in management classes to break down problems and used pricing strategies from marketing when advising them. By applying this knowledge, I realized that I liked solving problems like this, which lead to my dual-major focus in marketing and strategic management.” 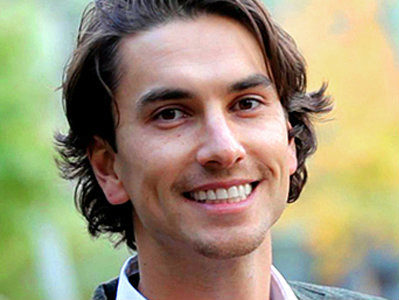