I wasn’t nervous about making the decision to self-sponsor; I saw it as an absolutely worthwhile investment in myself.

Stafford Palmieri, WG’16, was working at a think tank in Washington, D.C. when she got the call with an offer to become the education policy adviser to Governor Bobby Jindal in Louisiana. She immediately packed up and moved to Baton Rouge to take advantage of this “incredible opportunity.”

After going through the process of privatizing the state’s hospital system, Stafford realized she needed more knowledge about the financial perspectives that factored into the decision-making private of the hospital partners. That’s when she decided to pursue an MBA.

“At the end of the day, money drives everything,” Stafford said. “And if you don’t understand how the private sector manages money, then how can you be effective as a public policymaker?”

Making the Decision to Self Sponsor

Stafford thought about going back to school full-time, but she didn’t want to leave her job, which was driving her interest in business school. She made up her mind when she discovered Wharton’s MBA Program for Executives would enable her to do both.

As a state employee, Stafford’s only option was self-sponsorship. “I wasn’t going to spend taxpayers’ dollars on my post-graduate degree,” she said. “I wasn’t nervous about making the decision to self-sponsor; I saw it as an absolutely worthwhile investment in myself.”

Prior to Wharton, Stafford had no experience with finance — she majored in political science in college and hadn’t taken a math class other than statistics since high school. As a finance major at Wharton, most of her classes were quantitative. “Those courses were invaluable because I couldn’t teach myself those complicated concepts,” she said.

“As a public servant and policymaker, it was imperative to me that I understand how the private industry makes financial decisions and to have the framework and vocabulary to engage with them during that policy-making process.”

A Strategic Approach to Balance Workload and Schoolwork

After deciding to self-sponsor, Stafford still needed to get her bosses on board with the program’s schedule and the time commitment. When she approached the chief of staff and governor about coming to Wharton, she had a strategic plan to ensure it would be feasible and beneficial. “I explained how it would add value to the team because no one else had an MBA and I would gain tremendous knowledge and perspectives on financial issues,” she said.

Stafford also detailed how she would still meet all of her work responsibilities, even though her position was a 24-7 job. “I laid out my plan to repurpose an empty position into the deputy policy director role — that individual could be my eyes and ears on the ground and help me manage when I was at school,” she said.

The entire team supported her decision, and the plan worked perfectly. Right before the program began, Stafford became assistant chief of staff and that deputy policy director remained her number two. She changed roles twice while in the program and maintained that number two position, even when she moved over to the Division of Administration as commissioner.

In her new position as commissioner, Stafford managed the state’s $25 billion budget, cut costs by $500 million, and increased the state’s cash cushion by an additional $500 million. “Wharton provided me with the skill set to do that — I applied what I learned to my job every day,” she said.

For instance, her classroom learning informed her work on the State Bond Commission, which approves the state’s lines of credit and authorizes general obligation bond sales to fund state infrastructure and economic development projects. “I didn’t know how coupons, interest rate spreads, or offering statements worked before Wharton,” she said.

Stafford collaborated with her accounting team to build the state’s first real-time cash management model, which lined up real-time cash on hand with the budget approved by the legislature. She also rolled out the state’s first information privacy policy on how state agencies handle, gather, and release sensitive data, after using her Silicon Valley classmates as a sounding board.

“I wouldn’t have had the vocabulary or analytical framework to even know where to start prior to coming to Wharton,” she said.

After Gov. Jindal stepped down from office in January 2016, Stafford worked as a consultant for the New Schools for Baton Rouge. Last summer, an EMBA classmate connected her with AECOM, DCS Americas, and she joined the multinational architecture/engineering firm in New York City as the national business line operations lead and director of special projects. 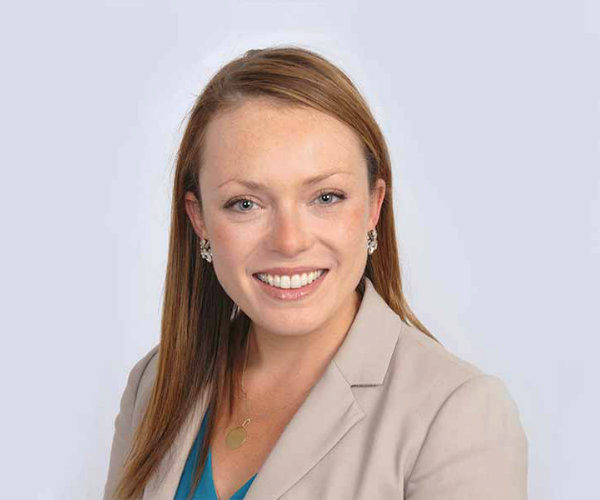