Students in Wharton’s MBA Program for Executives balance a lot on their plates with school and full-time jobs. Eric Roe, WG’20, juggled even more. He trained for the Norseman Extreme Triathlon during his first quarter at Wharton, competing in the race just a few days before his first final exams. “I knew this was going to be a major time management challenge, but I was passionate about this race and made it work,” he said.

The distances of the Norseman are similar to an Ironman race, but with steep elevation gain. The Norseman begins in a fjord, where competitors swim 2.4 miles before transitioning to their bikes for a 112-mile ride through the mountains with 10,000 feet of climbing. Then – if they completed the first two legs in the top 50% – they run a marathon up a mountain. As the race is unsupported, competitors bring their own backup crews.

Only 300 athletes a year can enter the Norseman, and slots are won by lottery. To enter the lottery, athletes must qualify based on past race experience. Eric, an avid runner and program manager of geostrategy at Microsoft, applied to the race every year for the past six years, finally winning a race slot six weeks before learning that he had been accepted at Wharton. “I was very excited for both the race and Wharton, but I was also concerned that I wouldn’t be competitive in the race because I knew I’d have to cut back on my training.”

The former Navy officer came up with a plan that involved a more efficient training schedule. This meant waking up at 4:30 a.m. to exercise and then biking the 26 miles from his home to his office at Microsoft.

On class weekends, he found other runners in his class to join him on Saturday morning runs. Waking up at 5:30 a.m., they ran 16 miles through the city, across the Golden Gate Bridge, and then back to the hotel in time for morning classes.

On Sundays, he would do a long three-to-six-hour bike ride. “I put my bike trainer inside so that I could read my Accounting textbook while I rode,” he said.

Overall, he was able to average 10 hours of training a week. In the final weeks before the race, he averaged 10-15 hours.

When race day approached, he was ready. After his weekend class, Eric flew to Norway and made his way to the remote race location in a national park. On race day, he finished the swimming and biking legs in the top 50%, which qualified him to run up the mountain.

“I was very proud to have finished the race, but I knew I had to quickly turn my focus back to school,” he said. By Monday, he was back at a hotel in Oslo to continue preparing for his final exams while his family toured Norway. On Thursday, he flew directly to San Francisco for final exams.

“It was a crazy schedule, but I set my mind to it as a goal and not only did I complete the race, I also passed my finals,” said Eric. “Doing this race while in school was a big challenge, but many students are juggling big things in their lives. Some are traveling for work and others are having kids or dealing with other responsibilities. It takes a lot of planning, but it’s all doable. You don’t need to give up things you are passionate about.” 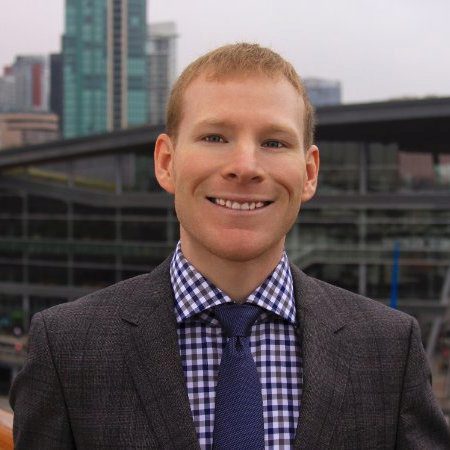 Based In
Redmond, WA 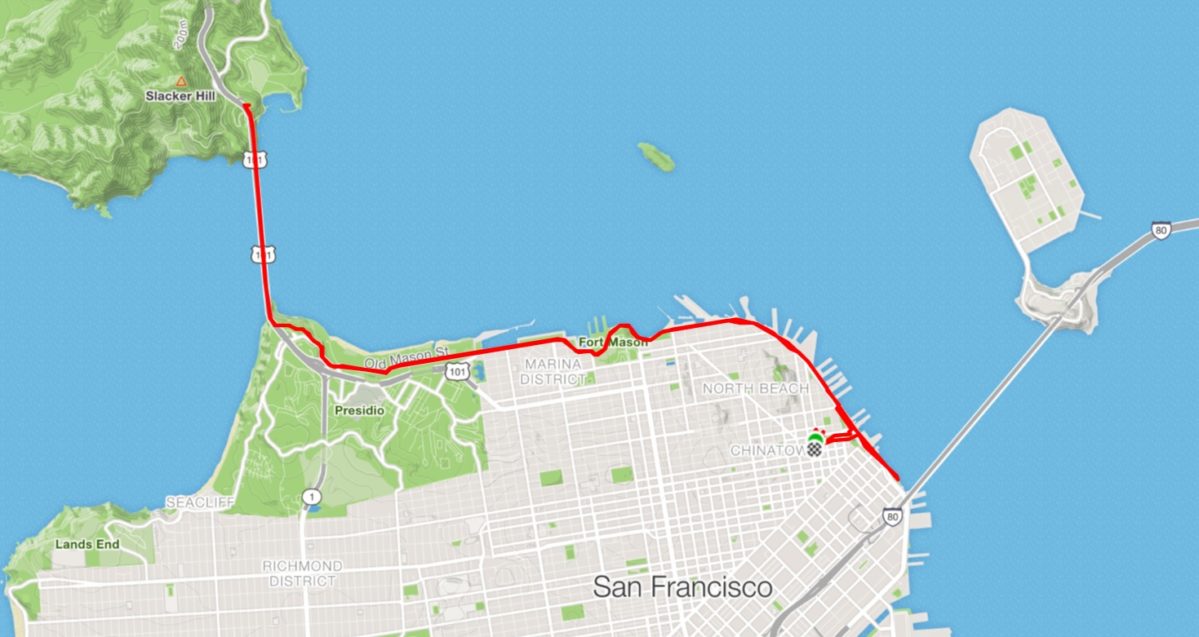 Eric’s 16-mile long run route took him across the Golden Gate Bridge and back to the Embarcadero neighborhood in time for morning classes.