“My main inspiration lies in creating movements. I want to use the power and influence of film to make a meaningful difference, and change the way people think and interact.”

An MBA may not be common for producers, but it was the “next logical step” for Whitney Ferris, WG’18. Having produced TV commercials since graduating from college, she came to Wharton’s MBA for Executives Program in San Francisco to learn how to make a larger impact with film.

“I wanted to challenge myself to think bigger and to look for opportunities to become a decision-maker as to what messages are created, how they are shared, and who sees them,” said Whitney, a senior producer at BBDO San Francisco.

Her main area of focus – an area she is exploring at Wharton – is social impact. “Every company has an opportunity to ask how they can have a more positive influence in the world. I’m passionate about creating impactful messages in producing commercials and shaping relationships with brands,” she said.

Her recent work on the “Dads Who Play Barbie” commercial for Mattel is a perfect example. Whitney produced the ad, which first aired during the AFC Championship Game between the New England Patriots and the Pittsburgh Steelers. It highlights how time spent by dads playing with their daughters in their imaginary world is an investment in their real world.

“My main inspiration lies in creating movements,” Whitney said. “I want to use the power and influence of film to make a meaningful difference, and change the way people think and interact.”

When she decided to go back to school, Wharton San Francisco’s annual Social Impact Conference was one of the first things that attracted Whitney to Wharton. “Before applying, I went to the conference to get a sense of the School and was genuinely impressed by its commitment not only to social change, but also to the Bay Area’s entrepreneurial community,” she said.

As Whitney started to talk to students and alumni, she saw that she could learn a great deal from Wharton classmates and contribute her own unique perspectives.

“I wanted to engage with a diverse group of students who would challenge me to think differently and help me grow, and have an opportunity to shake things up for my classmates too,” she said. “That is what we do in advertising – we try to challenge the status quo.”

Although she knew Wharton was the right EMBA program for her, Whitney still needed to decide about self-sponsorship.

“It was a scary decision because it was a lot of debt to take on, but I thought back to something my mom always said, ‘No one can take knowledge from you, so your education is always worth investing in.’”

“It’s a gamble, but I think the best gambles are those we take on ourselves and I feel good about this investment,” Whitney said. “I came to Wharton to extend my network outside of advertising, engage with the entrepreneurial ecosystem in the Bay Area, and get the knowledge and skills needed to have a more influential role.”

Even though she’s still in her first year, Whitney is already see a return on her investment.

How Wharton Adds Value for Women

For Whitney, the most “immediate and tangible” value is the School’s brand. “Having Wharton associated with my name gives me immediate credibility and respect with peers, vendors, and clients,” she said.

She pointed out that this benefit is especially helpful to her as a woman. “The Wharton name allows for opportunities to have a seat at tables that I may not have otherwise had access to. This program helps to level the playing field. Colleagues and potential partners know I’m driven, ambitious, and trust me to take on serious challenges. I don’t have to prove my tenacity anymore.”

Another important value is her new network. “You become part of a community that has great respect for one another,” she said. “This is an extremely rigorous program and when you go through it, you know you can count on a Wharton EMBA student past, present, or future.”

Whitney described a “noticeable celebration” of women in the program. “Wharton acknowledges the gender gap in EMBA programs, as they occur during a time for many women when other major life-changing decisions are being made, whether it is career, marriage, or kids,” she said. “These can all deter women from going back to school. I’m impressed with Wharton’s willingness to acknowledge this challenge and actively work to address it.”

“Through things like Women of Wharton events and speakers who directly address these challenges, Wharton is taking steps to help shrink the gender gap,” Whitney said. “We have work to do in this area, but every step that Wharton takes for women and leadership is a step forward for everyone.” 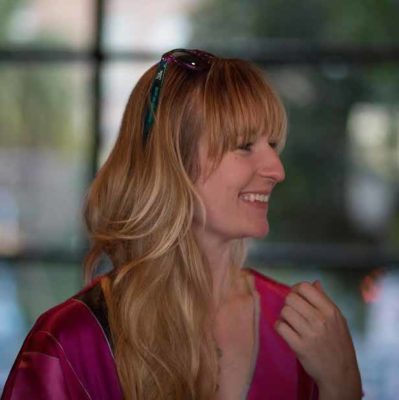 Prior Education: University of California, Davis, BS in Managerial Economics