Members of WEMBA 42 became the first class in Wharton’s MBA for Executives program to kick off a joint Orientation Week in Philadelphia with classmates from both coasts.

The air in Penn’s iconic Palestra was thick with excitement on May 26 as the members of WEMBA 42, Wharton’s newest class of Executive MBA students, piled onto the court for a mystery group activity – which they quickly discovered would be a bike-building exercise.

A few days earlier, they had become the first class in Wharton’s MBA for Executives program to kick off a joint Orientation Week in Philadelphia with students from both coasts. 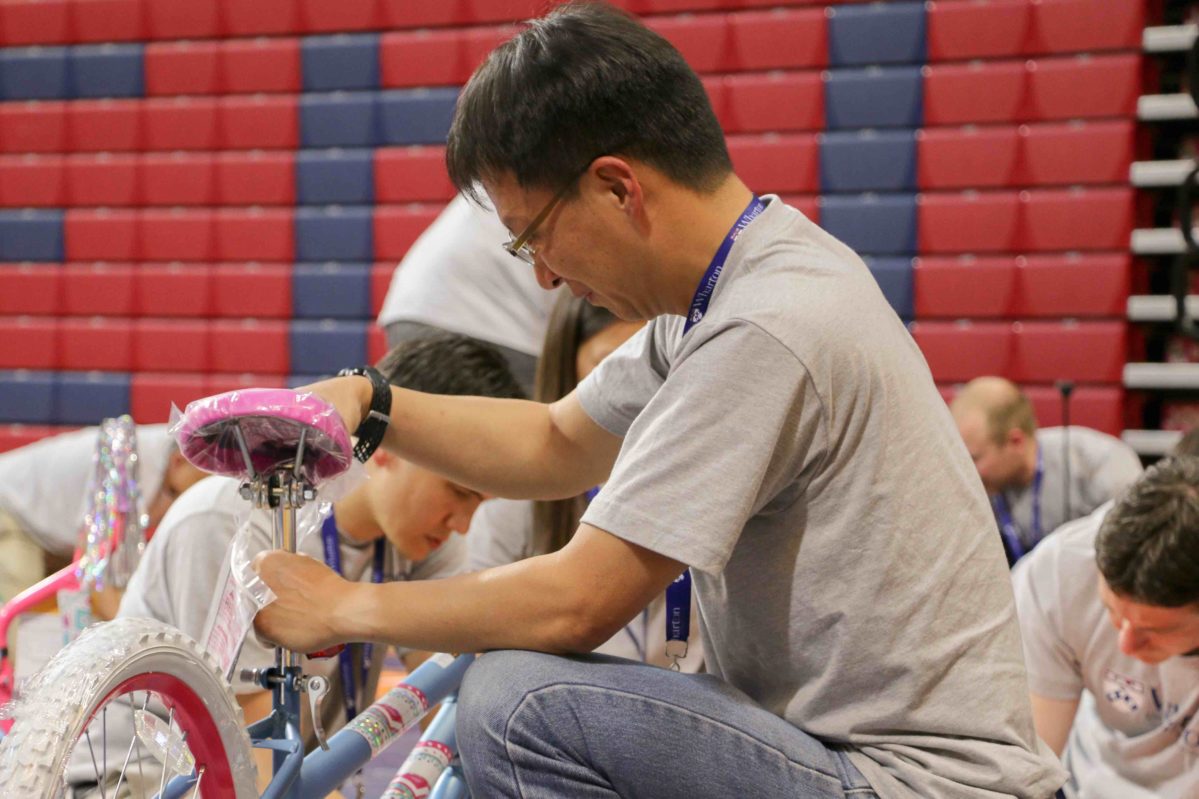 “We thought it was a really good way to get the San Francisco students connected to Penn and to Wharton and also to have the Philly and San Francisco Wharton EMBA students bond as one class right from the start,” said Vice Dean Peggy Bishop Lane.

As the 226 students divided into 37 teams, they also had the opportunity to bond with the study group members who they’d be working most closely with for the next year.

Each team had one hour to construct two children’s bikes – but before they could begin building, they had to correctly answer a series of trivia questions to earn the bicycle parts, piece by piece. The exercise called for brains, creativity, engineering, and a little bit of elbow grease.

It also pushed team members to flex a few of the skills they’ll need to succeed over the next two years: smart strategic thinking and problem-solving, strong communication and collaboration, and putting each individual’s strengths to the best use. Plus, part of being a good corporate citizen is investing in the local community.

Bragging rights went to the team who finished the first bike in the fastest time. After an official inspected all the bikes for road safety, the EMBA students test drove each one through an obstacle course on the court. 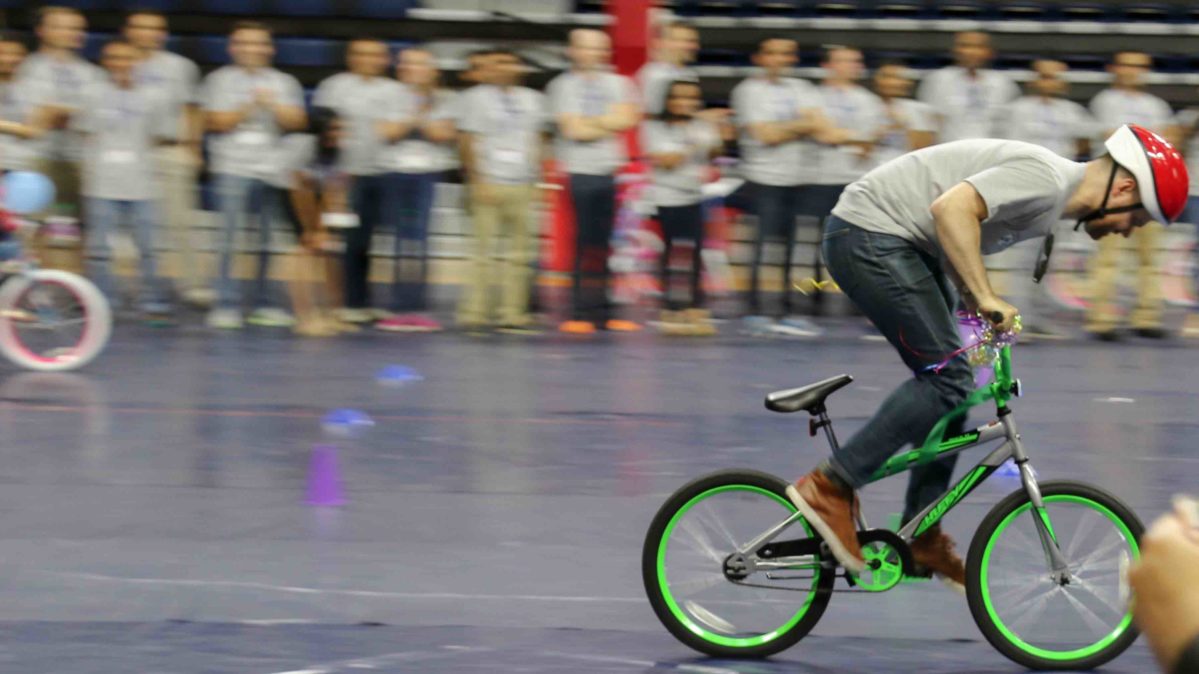 “It was a lot of fun, and collectively it’s been a good WEMBA 42 team-bonding experience between the East and West coasts,” said Wharton EMBA East student Devika Mohan, WG’18, of New York. “We weren’t really looking to ‘win’ this whole competition – just having participated has been a win, and hopefully the kids who receive these bikes will be happy with what we’ve put together.”

What Devika and her classmates didn’t know was that they were about to meet a few of these happy customers. The children from the Boys and Girls Club of Camden were in for a surprise too – they had no idea what was in store when they ran down the ramp into the Palestra. 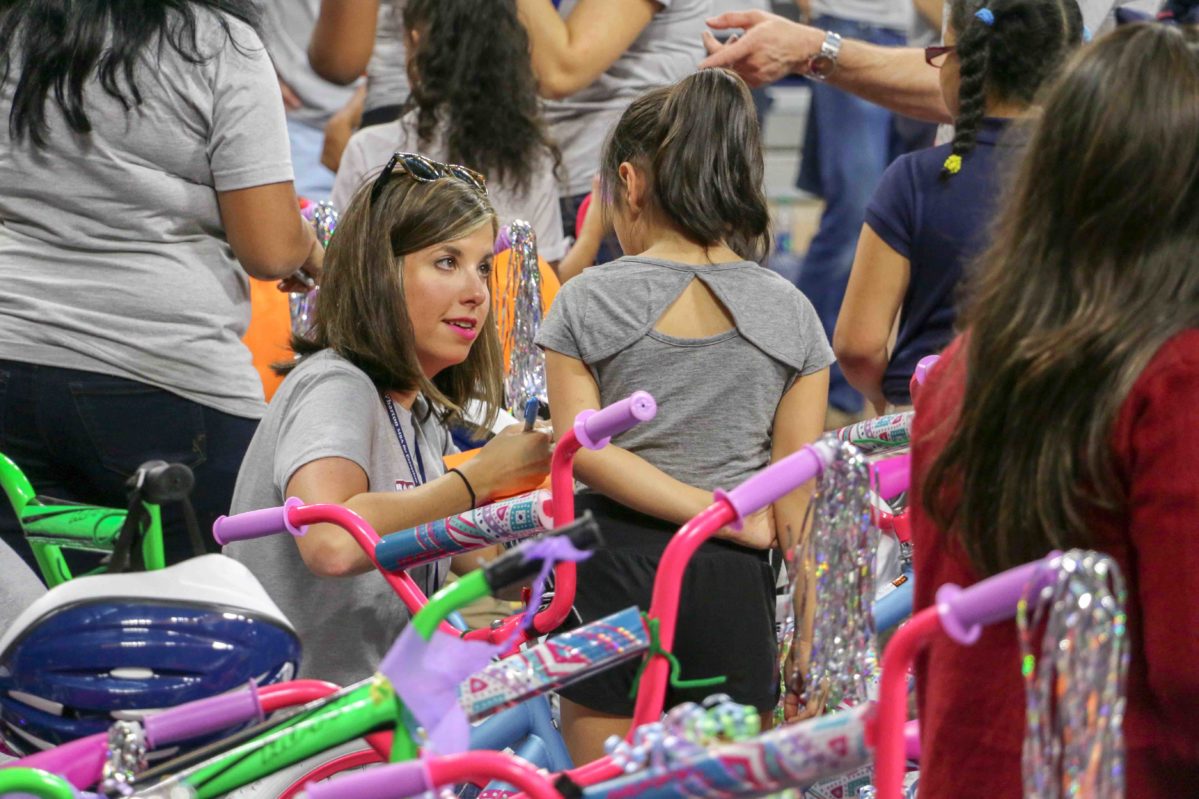 The proud new bike owners quickly claimed their favorites, and beamed as they strapped on their helmets and gripped the handlebars tight. For many of the kids, it was their very first bicycle. Wharton EMBA students helped them label the bikes with their names before loading all 82 bicycles into a truck bound for the clubhouse in Camden.

“The whole activity was wonderful and very meaningful,” said Wharton EMBA West student Aaron Gutsu, WG’18, of Orange County, Calif. “It was a great opportunity for team building and a little healthy competition, but the best part was seeing the kids faces when they got the surprise of seeing the bikes.” 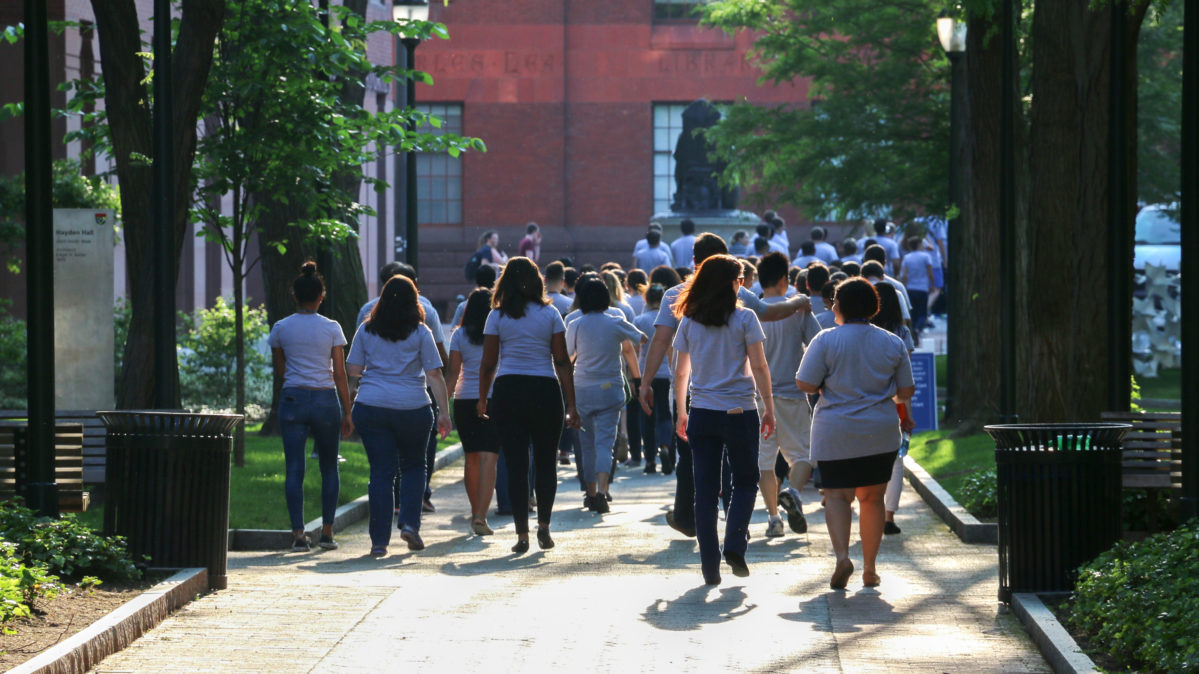 Wharton’s MBA Program for Executives officially kicks off with Orientation Week, giving new first-year EMBA students an opportunity to learn more about the resources that will be available to them and participate in team-building activities to get to know each other.