Wharton Stories » Financial Services for All, from a VC with a Social Conscience

Financial Services for All, from a VC with a Social Conscience

Penn and Wharton alumni have achieved some pretty amazing things, so it takes a lot to stand out. But read on, and we think you’ll understand why we chose Andy this year.

From 1995 until 2004 Andy was a co-founder and General Partner of Benchmark Capital. Here’s how Wharton Vice Dean of Entrepreneurship and Innovation Karl Ulrich described Benchmark, during a recent interview with Andy: “Benchmark has among the highest returns in the entire venture industry returning—depending on which years you look at—more than ten times what investors put in. And so has had an amazing success record, including portfolio companies like Dropbox, Uber, Twitter, Snapchat, Instagram—and those are only the more recent of them.”

And here’s how Andy explains what he did after Benchmark: “Did that for ten years, then retired to teach at Stanford graduate school of business, to become a trustee at Penn where I’ve become really, really involved. My wife started an innovative cancer research funding initiative. And Wealthfront happened by accident based on the experience I had sitting on the Penn Endowment Investment Board.”

That’s right — after founding one of the most successful VC firms in the industry, Andy’s quiet retirement included teaching technology entrepreneurship classes at Stanford, partnering with his wife and the Damon Runyon Cancer Research Foundation to fund novel cancer research projects, and sitting on Penn’s Board of Trustees, where he’s a member of its executive committee and Chairman of its endowment investment committee.

And then he founded a business of his own: Wealthfront. When Karl asked him: “What possibly possessed you to come out of retirement and start a financial services company?”

Here’s what Andy replied: “This is going to sound corny, but to do a social good.”

A Commitment to Social Good

In Andy’s words, Wealthfront is “trying to bring all of the services of high-end financial advisors to the people who could never afford the minimums associated with access to those tremendous services. So that means financial planning, investment management, and even banking services. All delivered via your mobile phone.”

We honor Andy because of his many years of support for the startup community as a VC and because of his dedication to social impact. He founded Wealthfront, in order to, in his own words, “democratize access to sophisticated financial advice.” It’s difficult to overstate Andy’s impact on the startup community — and now, with Wealthfront, he’s extended that impact to everyone who needs guidance reaching their financial goals. Thank you, Andy. 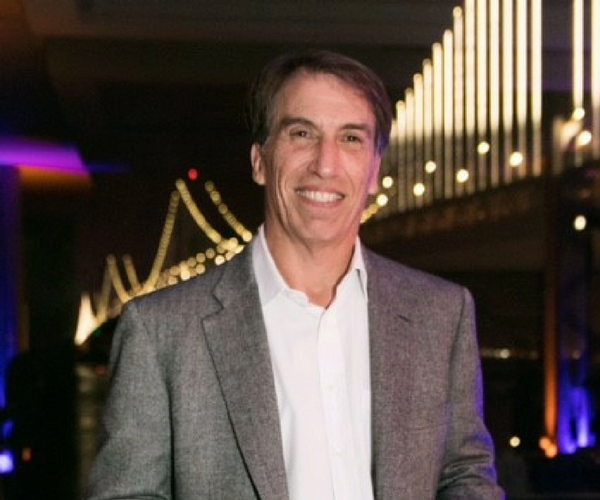 In September 2017, Andy sat down for a conversation with Karl Ulrich, Wharton’s Vice Dean of Entrepreneurship and Innovation.

Listen to this amazing interview to hear not just the stories of how Benchmark and Wealthfront came to be, but also the advice Andy gives his product-market fit class at Stanford.