From Attorney to Judge: Business Knowledge Enhances EMBA Alum’s Perspective in the Courtroom

Clients need legal advice that is informed by an understanding of business. It’s important to give advice based on the law, but to be effective, it is also necessary to help clients identify ways to quantify and mitigate risk.

While working as an attorney for the Atlanta Housing Authority, Angela Chadwick, WG’12, finally decided to pursue the MBA she had been considering for years.

The agency began relying more on private-public partnerships to supplement insufficient government funding, and Angela was working extensively with the board and the CEO. She wanted to gain a better understanding of business strategy to provide the best legal advice.

“It was critical to understand business so that I could help those partnerships be successful in impacting as many families, seniors, and persons with disabilities as possible,” she said.

Six years later, Angela was working as a judge on the Magistrate Court of Fulton County, GA, and her business perspective was invaluable in the courtroom as she presided over a wide range of cases.

Prior to her recent appointment, Angela provided legal counsel to businesses, including Motown Records, Verizon (then MCI), and the Atlanta Housing Authority. Her undergraduate degree in business had proved useful throughout her legal career, but she wanted to take her business education to the next level.

“Clients need legal advice that is informed by an understanding of business,” she said. “It’s important to give advice based on the law, but to be effective, it is also necessary to help clients identify ways to quantify and mitigate risk.”

As Angela looked at EMBA programs, her criteria became clearer: if she was going to invest the time, energy, and money, she wanted a program that was “internationally known, well respected, and rigorous.” When Angela sat in on a class in Wharton’s MBA Program for Executives, she saw a classroom dynamic unlike anything she had experienced as an undergraduate or a law student.

Deciding to go back to school was a big financial decision. Working at a quasi-governmental agency at the time, Angela knew she would not receive any significant financial sponsorship from her organization and that she would mostly be self-sponsored.

“My husband and I saw this as an investment in our future. Education is very important to me. Both of my parents are teachers, and I was raised to value advanced education for its potential to level the playing field for underrepresented minorities,” she said. “I also wanted the knowledge and credibility that comes with a Wharton MBA, so it was a very worthwhile investment.”

It paid off in her career as well. At Wharton, Angela took many classes that were directly applicable to her work as a lawyer. One of her most significant revelations came from an operations course with Prof. Ziv Katalan.

“As a lawyer, I was trained to identify risky areas and warn clients about them, and that’s where my contribution normally ended,” Angela said. In Prof. Katalan’s course, she discovered that identifying risk is just one part of the story — risk is inherent in all business activity.

“I learned that it is more important to analyze and quantify risk so that the best business decision can be made,” she said. “That really changed the way I interact with clients. As I learned how to evaluate risk, I became a more valuable contributor in strategic conversations with my clients.”

Stateside, Angela doubled her network by taking courses on both coasts. She found a warm, welcoming student community at Wharton San Francisco and immediately felt drawn to the entrepreneurial atmosphere in the Bay Area.

“The energy for innovation in San Francisco is amazing. There is a real focus on entrepreneurship there – you feel the proximity to Silicon Valley,” she said. “There is a lot of collaboration among students, as they help each other to advance their companies. Many students had already started and sold businesses or had significant roles in startups.”

During her second year at Wharton, Angela became vice president and managing general counsel at the Atlanta Housing Authority. She took on more responsibilities on the operations side of the agency and was promoted to senior vice president of enterprise program management and chief compliance officer. “It was recognition that my role had evolved from being a lawyer to a valued contributor on the business side of the organization,” she said.

In 2014, the National Diversity Council honored Angela by naming her one of the “Most Powerful and Influential Women of Georgia.” More recently, she was appointed to the Magistrate Court of Fulton County.

“That diversity of experience and business knowledge is very useful in this court, where we see many different types of cases from businesses evicting commercial tenants to contract disputes to other civil claims,” Angela said. She also calls upon that foundation as a subject matter expert and instructor for the National Fair Housing Training Academy.

“I would not have had the confidence to leverage this skill set into a B2B business prior to Wharton,” she said. “I came to school thinking about general counsel positions in the future, but Wharton opened my eyes to a wider range of opportunities. ” 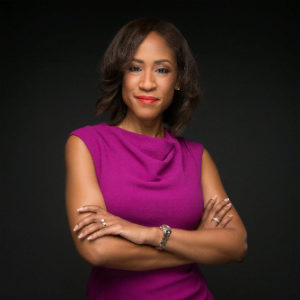